Dale Renlund made a powerful point:

“… Blaming others, even if justified, allows us to excuse our behavior.  By so doing, we shift responsibility for our actions to others.  When the responsibility is shifted, we diminish both the need and our ability to act.  We turn ourselves into hapless victims rather than agents capable of independent action.”

Consider this statement with me as we observe and review recent events in America and the world.

Please allow me a brief public service announcement: in business, one finds Juran’s Rule.  Juran’s Rule states that when there is a problem, 80-90% of the time, the processes are blamed, not the people.  The processes, or the written (supposedly) directions to perform a task, are so convoluted in government that Juran’s Rule could slide into 98% of the problem and still not run out of process convolution before people can be blamed.  Yet, the leadership of the VBA, VHA, and every other government agency refuse to look at the processes and eliminate, change, correct or even take action to review the processes.

Thus, Renlund’s point steals potential from people, as people become hapless victims to processes and procedures, instead of the commander of their duties and roles as hired.  The shift of responsibility from people to processes is the danger found in Juran’s Rule, not the truth in Juran’s Rule.  Thus, action to correct is diminished because responsibility has been shifted from leaders to the processes they are already responsible for monitoring.  Hence, when I see the VA-OIG allowing data or business processes to be blamed for the failure of people to act, according to the roles they have been hired to fill, I doubt the ability to fix the right problem.

Too often, the pattern at the VA, is exemplified in every other government agency for the keen observer to witness; act in a manner unacceptable, hide behind broken processes intentionally designed to hide purposefully designed incompetence, and escape responsibility but retain their jobs into retirement.  Essentially, the leaders of government agencies have employed the pattern discussed by Renlund for personal gain at the expense of the frustrated taxpayer.

When responsibility has been dodged, the answer is not to allow retirement, but to demand correction, holding people accountable, and set performance standards that include penalties for failure.  Training will have to occur, but cannot happen until written directives, policies, and procedures appear, that form the standard for employees’ behavior not responsible for the designed incompetence created by leadership.

In a “Liberty First Culture,” the adults looking to demand change take the pattern offered by Renlund and recognize the behavioral issues that will need correcting.

“… Blaming others, even if justified, allows us to excuse our behavior.  By so doing, we shift responsibility for our actions to others.  When the responsibility is shifted, we diminish both the need and our ability to act.  We turn ourselves into hapless victims rather than agents capable of independent action.” 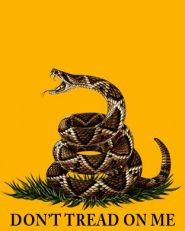 Americans [A(h)-ME-I-CAN] are not hapless victims; we stare responsibility in the eye, accepting the responsibility, and choose to act in a manner that shows we have learned the lessons and are prepared to improve.  The time to correct the government that represents us is Right Now!  We must act, recognize the designers of incompetence for the traitors they are, and remove them from employment in government, promptly!