The majority of this article was drafted before the controversy with the SCOTUS nominee.  The intent is to honor the role of women and woman.  Affirming again that how you choose to live is your business and is between you and whatever god, God, or gods you worship.  Provided you allow others the same rights to life, liberty, and pursue happiness, I do not care how you choose to live.

How you choose to live should not denigrate anyone, let alone biologically living males and females, men and women.  Leading this discussion to answer the simple question posed by US Senator Marsha Blackburn (R-Tenn) to SCOTUS nominee Judge Ketanji Brown Jackson, “What is a woman?”  Again, affirming the role and embodiment of a woman is more than the sum of her sexual parts; the question does have merit and deserves answered.  What is a woman?

The Bible relates that all creation occurred in six days; on the sixth day, the woman was created as the supreme creation of God, and then God rested on the seventh day.  Not here to argue religion, but to herald that final glorious act of creation, the woman.  How grateful I am for the women in my life.  Various scriptures relate that woman was created so man would not be alone, so a helpmeet was found for Adam, and the woman would be equal to the man in all things.  An interesting dichotomy was found in creating the woman: Adam was created of the dust, but the woman was created from Adam’s side.  According to biblical accounts, no other female in the species created replicated this pattern.  Clearly, there is a lesson for us to understand, acknowledge, and support socially through laws and societal norms. 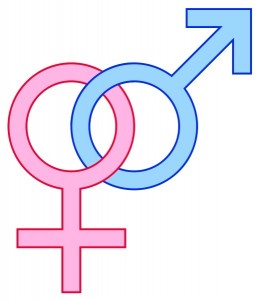 What a unique creation the woman is.  Paradoxical in all things, a woman is soft and strong, inflexible and flexile, independent, and a great team member.  What family is complete without a woman and a man?  One of the great truths in life is that man and woman were created separate and dependent, and gender is an eternal construct.  Each person is born male and female, with their creator’s traits, personalities, and intelligence.  Yet what do we see in all modern societies; the continued blurring of lines, roles, and dehumanization of the grandeur of man and woman, but of the two woman, has been taking the worst hits.

Consider fashion; since the feminist movement began, fashion for women has warped and destroyed the modesty, chastity, and glory of a woman.  Fashionistas are trying to make the woman into a young boy at best.  Always to be “fashionable,” the woman is made to squeeze, pinch, and be uncomfortable.  Women’s shoes are a contortion and torture exercise, a balancing act sacrificing function and comfort for some twisted idea of style.  Long have I looked upon the inequality in fashion between men and women and been abhorred, disgusted, and discomfited by the base and profane ideas accepted as “stylish” and “fashionable.”  Women, why do you allow yourself and your high and holy station to be demeaned in the name of “fashion?”

Consider make-up and all the chemicals a woman is “supposed” to use to “improve” her beauty.  The emoluments alone are sufficient to baffle and bewilder, then add the smells and paints, and the woman is taught from day one that being natural is insufficient to being attractive or whole.  Yet, I know differently, for I have seen strong and powerful women who never touch these things and remain effective, regnant, and influential.  Tell me honestly, what you put on your face, to make up, what value is there in this process?  Who told you you needed these chemicals to be a woman?

Human biology, and I would presume all biological sciences, defines a female as having two X chromosomes, whereas males have an X and a Y chromosome.  I passed biology with high marks but failed zoology as I did not attend enough to be scored.  If there is a biologist who would like to weigh in, please feel free to correct me.  The developing fetus develops as either a male or female as growth occurs in the germinal, embryonic, and fetal stages of life.  The physical characteristics separating males and females are coded into a person’s DNA, and fourth-grade science was apparent on these topics.

Psychology in recent years has declared that a person’s choices can change the gender of a person, but the sex of a person remains coded genetically.  Thus, woman, as a biologically separate class of animals, have different bone structures, hair, glands, skin, hormones, etc., coded from birth, regardless of how that person chooses how to live.  Please allow me to make a strong point, a woman, and for that matter, a man, are more than the sum of their sexual parts.  If this were not true, then those men having sexual reassignment surgery to obtain female genitalia would automatically adopt all the characteristics of a woman upon the conclusion of surgery.

Estrogen and testosterone, hormones, and chemicals would not need to be supplemented, and the mental processes separating a man and a woman would not need to be fought so assiduously by those having their sex surgically or chemically altered.  Again, supporting the fact that it is psychology and not biology, establishing the difference between biological men and women, and the sum of their sexual parts is a non-issue.

On the topic of psychology, look to the results of choosing to live in a manner opposite of birth sex.  We discover suicides, depression, anxiety, and a host of other mental diseases prevalent in this population, not witnessed to the same degree in different populations.  Why the LGBTQ+ populations have such prevalent and significant occurrences of these mental diseases is a question modern society refuses to research as this has been termed out of bounds as potentially anti-LGBTQ+.  Thus, research supports that the populations of those choosing to live life in this manner have these mental problems but refuses to ask why; do you see a problematic situation?  All this while attacking the role, lifestyles, and position of woman. Under the role of woman, there is a title worthy of acknowledgment, and the title is lady.  Like gender, being a lady is a choice, a lifestyle, and contains social obligations, societal expectations, and requires significant effort on the part of the woman to obtain the title lady.  For example, Nancy Reagan was a lady, Hilary Clinton is merely a woman.  What separates these two women is class, respect, dignity, and more, not politics, not personality, and definitely not lifestyles and social circles.  Being a lady requires sacrifice, making choices over long periods of time, and it demands total commitment to achieve.  Females become women through growth, females become ladies by choice and sacrifice, and are granted this title by others.

In attempting to make this distinction clearer, allow me to draw a more specific example between women and ladies.  Gretchen Wilson sings a song, “Redneck Woman.”  The song lists qualities of a woman, specifically a class of woman “Redneck women.”  No aspersions cast, no denigration, and no offense offered.  Frankly, I have deep respect for several redneck women.  I am also proud to know and respect a lot of women who ride horses as cowgirls and rodeo stars, some really kick butt women from the US Military, and more.  But, a lady is phenomenally different by choice, and this is the point. 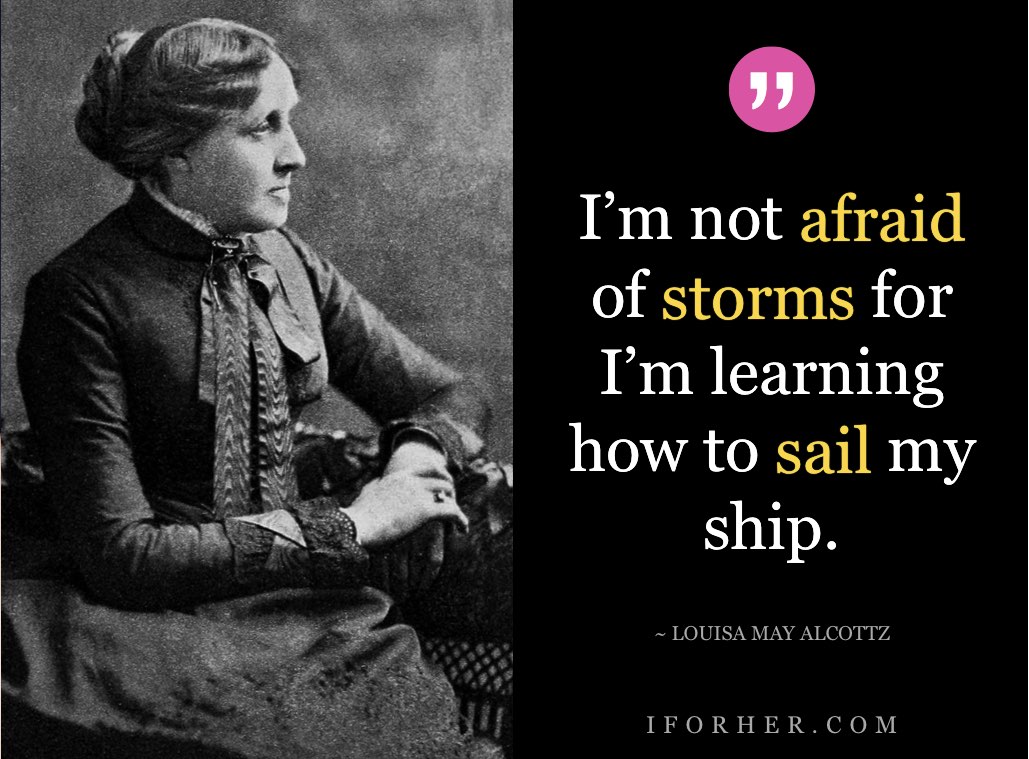 Great ladies of history include amongst their ranks Katherine Hepburn, Doris Day, Nancy Reagan, Barbara “The Silver Fox” Bush, Abagail Adams, Mary Todd Lincoln, Mother Theresa, Queen Elizabeth II, Margaret Thatcher, Sarah and Esther of Old Testament fame, Mary of New Testament fame, these and more are ladies.  First and foremost, these females are women, strong and independent, then they choose to become ladies and are honored more than mere women or as the sum of their sexual parts.  Women honored, revered, and respected for their contributions to womanhood, society, and sacrifices, women who practiced gentleness, compassion, respect, and kindness as quintessential aspects of their core identity, not for worldly fame or personal gain.  Abraham Lincoln, America’s 16th President, honored two women as mothers and called both ladies of influence.  Yet, Disney would have us believe that all stepmothers are horrible creatures.  A vast chasm exists between women and ladies, and this is but one of the separations or classifications between women; by the choices the woman makes, a lady is created. In trying to make a point about not hitting women, President Biden accidentally created a problem.  President Biden remarked that nobody should punch a woman in the face.  Distinguishing multiple times in the same speech that hitting a woman in the face, specifically, is not allowed.  As a kid, I learned not to hit women at all; even if being attacked by a woman, a man merely defends themselves restraining a woman if necessary, not to cause additional injury to herself or someone else.  But, Biden implied that only hitting a woman in the face is problematic; what a detestable creature is the man who would hit a woman!  I am not condoning violence in any shape or against any person.  For thousands of years and across hundreds of societies, those who would enact violence, society, rightly, has dolled out steeper punishments to those committing violence against women. 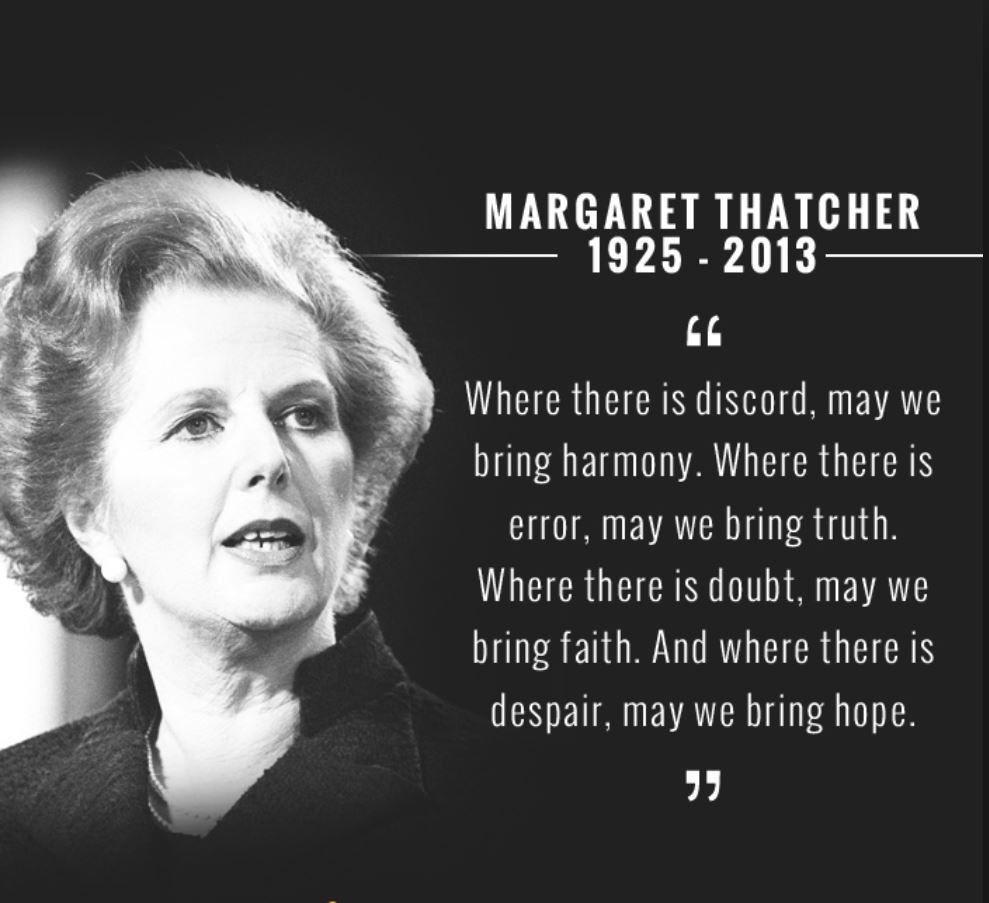 Social laws throughout recorded history have always treated women differently.  Sometimes in history, this has been to the detriment and unequal treatment of women, and recently in history, treating women as equals to men is a fact that should be cheered and heralded.  Yet, along comes transgenderism demanding equal treatment under the law, not as a separate but equal category, but supplanting women, representing more attacks on women and womanhood by conspiring men for personal gain.  Don’t believe me; look at the story of the NCAA and the recent swimmer making news and winning championships, and tell me that conspiring men are not attacking the equality of women.  A charade of disrespect is cast before us, slandering women and womanhood for some amorphous and ambiguous term for lifestyle choices and not sound science, or respectful dialogue about laws.

I conclude where I began, respecting women, honoring ladies, and decrying the attack on women and womanhood as the demented and twisted attack of conspiring men and women who would see women destroyed upon the altar of political correctness.  Ladies, you have my respect, admiration, and sword, for you are deserving.  Women, you have my respect for the roles you fill as opposites of men and your work as mothers, teachers, and the co-equal helpmeet of men.  May those conspiring to destroy you be found buried in the hole they have dug for your destruction.