I find a piece of fiction masquerading as science from today’s email, and I cannot help but ask myself, when did fiction become a reality?  How did Orwell’s 1984 escape the pages and become a reality?  Why did Animal House exit the big screen and become a way of life?  Mark Twain is one of the most often quoted authors, and I particularly like his comments on statistics which is pertinent to today’s discussion on fiction.

“There are lies, damned lies, and statistics.”

Consider something with me; even if you initially disagree, please humor me.  Statistics prove nothing; the best a statistical analysis can ever do is represent a bias towards a specific course of action.  That is it!  Mark Twain’s quote describes the persuasive power of numbers, particularly the use of statistics to bolster weak arguments. Mark Twain’s point is used to doubt statistics to prove an opponent’s point.  Inherent in every statistical analysis are the researcher’s biases, the desire of the researcher to attempt to verify something via numbers that are generally unable to be proved otherwise.

Except research proves nothing; even peer-reviewed research, the gold standard in research, can only point a person towards a potential solution and encourage a person towards a course of action.  The numbers prove nothing, ever!  Many people have become convinced that statistical data is comparable to “Holy Writ,” which is erroneous and dangerous.  Let me prove it to you, please.

Project implicit was designed by Harvard University, is hosted on Harvard’s servers, and is all about individual bias.  Implicit bias in statistics is described as bias that occurs automatically and unintentionally, that nevertheless affects judgments, decisions, and behaviors.  Bog-standard bias is considered attitudes, behaviors, and actions that are prejudiced in favor or opposition to a person, group, or thing.  But, here is the clincher, bias is judged by others as a projection of themselves when they encounter other people, places, or things. 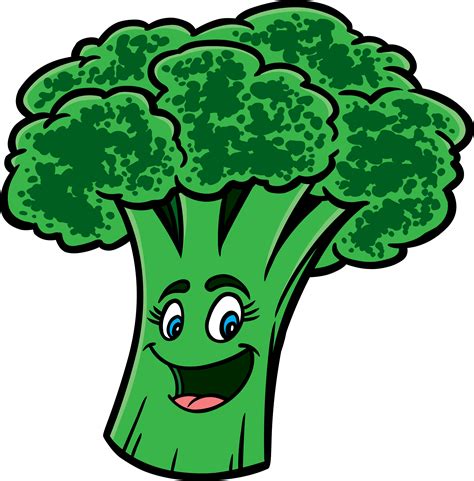 For example, President Bush I, did not like broccoli.  A prejudice, possibly from childhood, he does not like this vegetable and handled the situation poorly at a state dinner in Japan.  Not liking broccoli is a bog-standard bias.  Other people, especially those enjoying broccoli, will view this event and shake their heads, possibly even ridiculing the president for his disinterest in broccoli.  Others who agree that broccoli is nasty will not have a problem with the presidential bias against broccoli as they exercise the same intolerance.  Thus, a bias is a behavior, an attitude, and supporting actions against something, someone, or someplace, even if that bias is understood or not.

Implicit bias takes normal bias one step further, according to psychiatrists and psychologists.  The extra step includes the inability to explain why a person does not like broccoli.  If there is no hidden reasoning from childhood, traumatic experiences, or irrational fears, then bog-standard bias is considered implicit bias, as judged by the person observing the behaviors.  Are the differences apparent; the reason I ask this is because of the problem in naming biases, the individual doing the observing and judging.

In a branch of science called “Chaos Theory,” there is a hypothesis “that people affect their environments to their own desires.”  The premise was accidentally discovered when humans observed particles under close study and observed under remote means, and the particles acted differently.  The human influence upon particles was a giant leap forward in science, and nowhere is the power of researchers more fully understood than in human sciences (psychology, psychiatry, etc.).  The human brain is wired to connect socially, which is part of the problem when humans are studied under observation.  The innate desire to connect means that people will choose differently when under direct observation, when under remote observation, and when under no observation.

Hence bias is a judgment of another as witnessed through a lens of another person’s understanding, opinions, biases, and experiences.  Researcher bias is a fact inescapable and remains a topic of discussion in every research paper as a contributing factor to the results.  Why; because the researcher’s influenced the results, influenced the data, and influenced the process to achieve their own desires for an outcome. QED: Thoughts become things. 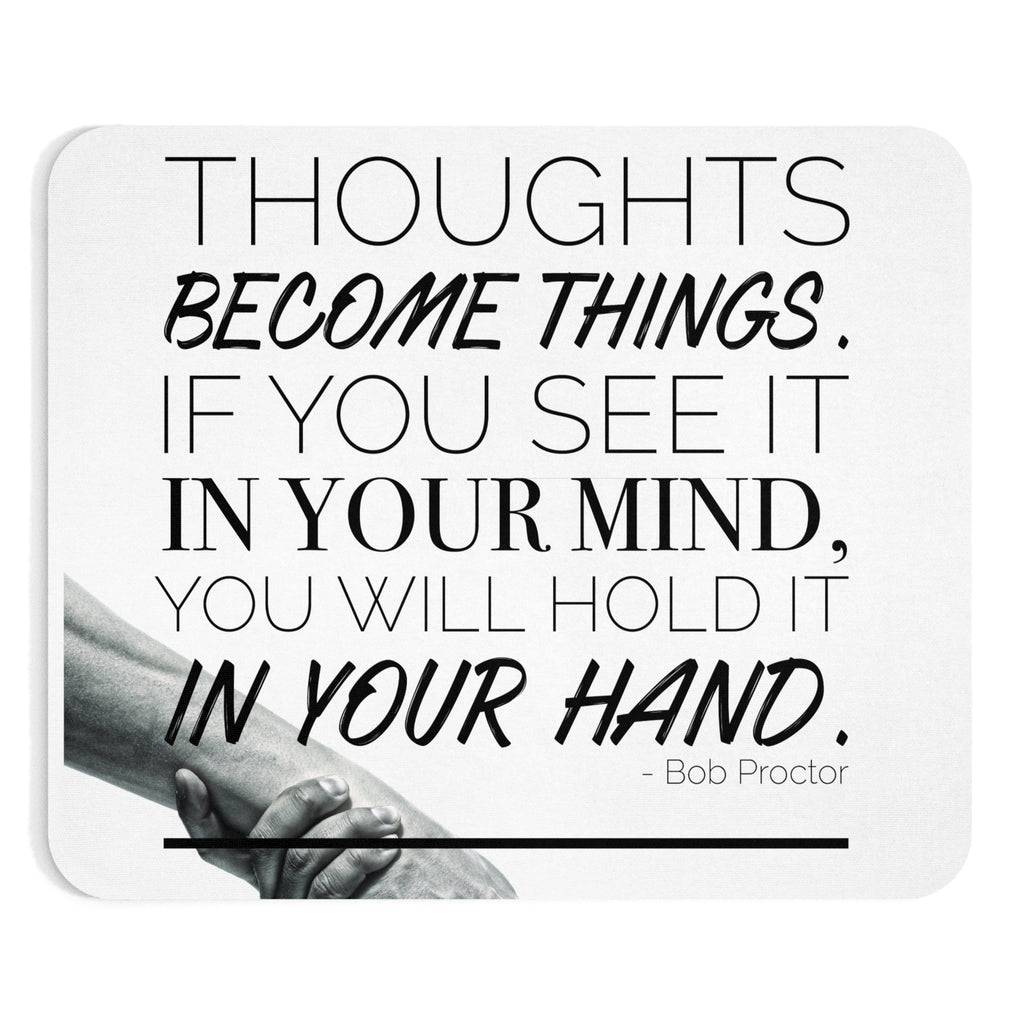 Returning to Project Implicit, ask yourself, why would you allow someone else to judge you?  Do you know them?  Do they know you?  Do you fully appreciate that the other person and yourself will influence the results?

Project implicit claims to measure, using mathematical formula the bias of another person, using time and word lists.  Using this formula (v1-v2=BIAS), Project Implicit proclaims they can help you recognize implicit bias on a range of topics from racism to gender roles and from veggies to pets, all because the mathematics claim they are conducting science.  Except, the implicit association is rigged to produce the desired results, as discussed above; hence, where is the veracity?

Garbage in equals garbage out (GIGO) is an axiom that initially began in computer programming and signified that when you dump a bunch of garbage into a system, the results are garbage.  The same is true for every single human endeavor; when you begin with garbage, the best you get for a result is more garbage.  Returning to implicit associations as an indicator of implicit biases, ask yourself, who selected the terms associated with the topic under study, the researcher or the researchee?

Of course, the researcher selected the terms, chose the topic, and tested how fast you can associate a word with the topic under study.  Then comparing the two results declares you have a bias.  Except, do you have a bias; I do not think so!  But, that’s my bias, for I choose to believe that you know how to choose and act in social environments to your potential and desired outcomes. 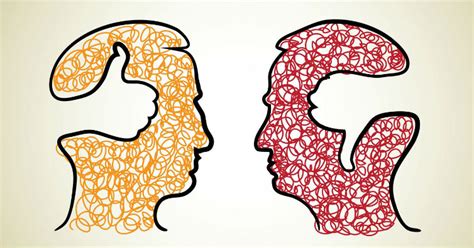 I was ordered to take an implicit association test to measure my emotional intelligence in a previous position.  The test used word associations on the topic of gender roles and leadership.  Believe it or not, I failed that association test; I do not place genders into any roles as traditional or limited to one gender or the other.  The best leaders are good followers; leaders are not born, they are made; gender, like race, never plays a role in the leadership potential of the person in charge.  Yet, when I failed the association test, my organization was informed I was obstinate, difficult, and opinionated; not that I deny these accusations, I simply refuse to fit into a pre-determined box.  Plus, I would see more people escape the box that has been built for them to “fit” into! 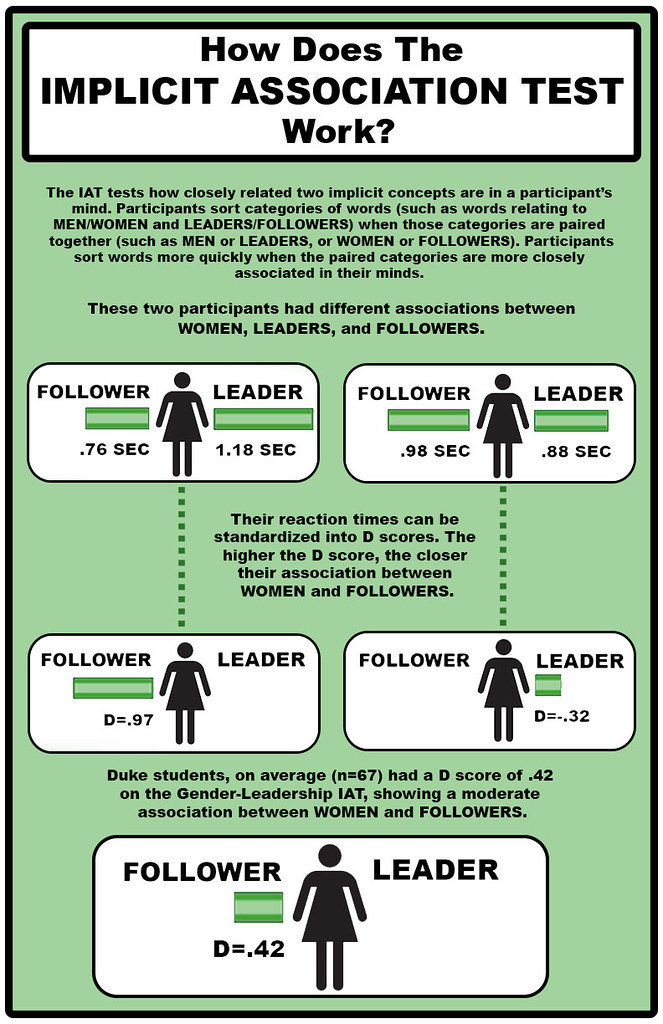 Later that same week, I snuck into the association exam a second and third time, mainly because the researchers kept sending active links that did not discriminate against logins that had previously taken their test.  Yes, I intentionally poked holes into these researcher’s pet project, and I will explain in a minute why.  On my second attempt, I chose what the results considered a “traditional male” with a bias against women.  In the third attempt, I decided to be a woman with a grudge against men and their traditional roles.  I wanted to show how irrelevant these word association tests are and how the results should never be taken seriously.

My plan backfired; my employer was not happy.  The researchers had to scrap their entire data set and go back to the drawing board to fix the research plan, and then after regaining approval, collect human testing data a second time.  Lots of prestige was lost for my employer.  I did not care then; I care less even now; even though I eventually left that position with people angry with me, I do not regret my actions.  Thankfully, I was not the only person offended by the word associations and the results which “snuck back” to play!

Why is this important?

The answer to why these topics are important is found in the principles outlined:

I cannot stress enough the need for every person to stop accepting the box others claim you must live in to “get along and get ahead.”  You are an individual with inalienable rights, a brilliant mind, and unlimited potential.  You are needed on the front lines of the battlefields of today.  You must play an active role, or you will not be able to leave the American Heritage and this great Republic to your children and community.

But, like the “Reading Rainbow” used to proclaim, “Don’t take my word for it!”  Meaning explore, doubt, ask questions, and keep asking questions until you are satisfied the answers are truthful, without dissemination.  Liars will tell you a thousand truths to get you to believe a single lie.  But, do not take my word for it; prove it to yourself; then teach it to another person so that you can learn more perfectly.