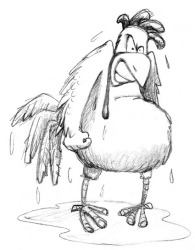 I am not human infrastructure.  I am an American.  I am an independent, free-thinking, responsible human being.  Possessing a spark of divinity, freedom from government granted by the creator, and capable of remaining free provided I learn the lessons of history and apply those lessons to current events that I may present to future generations this Constitutional Republic worthy of living in and protecting.

I will NOT be reduced to human infrastructure, like a pawn in a chess game whose players are inept and deserving of scorn and contempt.  Do you understand what is happening in changing the term American Citizen to human infrastructure?  Can you guess the consequences of this if not fought by the citizens?  Do you know your identity as an American?

Congressional political leaders have for too long used plastic words to stretch over problems and hide nefarious designs.  But, do not believe me, take any government program and look for words you know, then look them up in a dictionary, compare their usage from the dictionary to current use, and see if there is a disconnection.  For example, infrastructure is the underlying base or foundation for an organization or system.  Take a road, any road that is the infrastructure supporting society.  The better the roads, the faster society moves, and the more transactions can occur.

Shakespeare taught a lesson, using some serious backward English when he stated:

“What’s in a name?  That which we call a rose by any other name would smell as sweet.”

The quote originates from Romeo’s courtship of Juliet, as Romeo attempts to sway Juliet that a name does not matter.  Except, a name does matter, and the lesson here Shakespeare is trying to convey is that a name contains history, tradition, value, and distinguishment between others.  Lucy Maud Montgomery, in “Anne of Green Gables,” uses the main protagonist to establish the importance of a name.  If a rose was called stinkweed, would people revere the rose; of course not!  Beauty can only take a person so far; the name matters, and in granting the distinguishment of a name, the object or person gains value to others.

Now consider all the descriptions foisted upon Americans by conniving actors hell-bent on destroying identity.  African-American, Irish American, Jewish-American, many people in history were grateful to have earned the right and privilege of being called American.  My wife’s grandmother came over from Russia; she had seven boys and sent six of them to war, proudly learning English to write to her boys.  She was an American, which has been conveyed through five succeeding generations of family.  Yet, how many people now need to hyphenate to reduce their “American” attributes to fit in socially; too bloody many!

By failing to understand the value in a name, these people have been led into dangerous waters.  They are close to losing what makes Americans worthwhile and valuable, freedom of individuality.  Unfortunately, we have political leaders who cheer for this loss of freedom of individuality and identity, for they are anxious to destroy America!  But, my names and titles make me an individual; no, they make you childish and insecure, reflecting a poor education and an inadequate sense of self.  That poor education was intentional, the inadequacy of sense of self, and the culprit is the bloated government at the city, county, state, and federal governments.  These bureaucrats understand something you, with all your labels, have no clue about; a sense of self means fewer labels are needed, not more!

During a social studies class, an assignment was mandated in sixth grade, label yourself.  Several students labels ran for pages and pages; I was publicly called out for only having one label, American.  I figured even then; I did not need anything else as my opinions were my business, not a label I needed to carry around.  My affiliations were none of anyone else’s business, as this opens the doors for separation and discrimination.  The more we label ourselves, the more power we give to others to separate us from each other, speeding the problems discussed by President Abraham Lincoln from his “House Divided” speech.  I was a most unpopular person in school, I was too “rigid” in my thinking, and many a person took umbrage.

Jo Dee Messina sings a country song that perfectly encapsulates my response, “My Give a Damn’s Busted!”  I did not care about how insulted another chose to be then, and I care even less now.  I am an American!  Anything beyond that is icing on the cake or superfluous to the conversation.  Do we understand the principle of names and why labels are deleterious to individuals’ national safety and freedom?  When language is plasticized, separated from standard definitions to suit the purposes of a situation, the common understanding is lost; worse, the words lose their value and connection to everyone, thus speeding the destruction of society who require a common language for success. 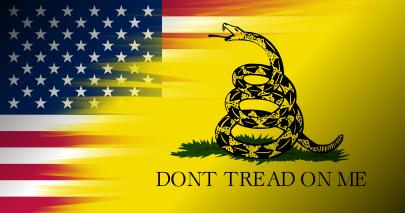 I repeat, only for emphasis, I refuse to be reduced to “Human Infrastructure.”  I refuse to be a pawn in the hands of inept, immoral, and incompetent political leaders who could not lead homeless people into a free meal.  Americans, drop the hyphenation, join me; we need to take our country back!