Frank Crane begins our discussion with an absolute flash of brilliance from the Eternal Semaphore:

“I am law.  I am Nature’s way.  By me comes order, unity.  In my hand, I hold three gifts: health, happiness, success.  I am more clever than the cleverest.  I am as old as God.  I am the secret of goodness; I am the horror of sin.  I am the eternal path, and besides me, there is none else.  Without me, men wander in the labyrinth of death.”

Do we understand what Frank Crane is trying to communicate?  Nature is ruled by law, God executes actions according to law, and justice and mercy can be served without compromising either.  Law is eternal, and nobody can escape the power and majesty of the law.  Consider another truth when understanding the majesty of law:

“Give a man a chance, and you will often find him equal to the occasion.” – The Majesty of the Law (Short movie 1910).

What is the potential of a man; nobody but God knows for sure, but through obedience to the law, that man can become more than he ever thought possible.  I am listening to M*A*S*H 4077, episode 18, from season 9.  This is the episode where two buddies come in wounded, they enlisted together, they got injured, and the buddy discovers he has leukemia.  In the same episode, Father Mulcahey is expecting a visit from a Cardinal.  Two men were given a chance, faced with difficulty, who both rose to the magnitude of their stations.  What is Nature’s way; law.  R. W. Alger is quoted:

“Laws are silent assessors of God.”

When the law is described, Leo J. Muir provides five words that are inseparably connected to describing what law is:

Looking back to Rome, how was Rome able to achieve greatness; they wrote their laws down and posted them above everyone’s head to symbolize that no one is above the law.  Writing down laws was nothing new, but holding everyone accountable to the law equally was unique in human history.  On this single principle, Rome rose in glory and failed ignominiously; everyone was accountable to the law equally.  Senator, pauper, soldier, general, no one could escape the equality under the law.  How did Rome lose their empire; Ceasar held themselves above the law.  At the second that law was to be applied unequally to the various classes of citizens in Rome, the fall of Rome was set in stone.

Flash forward a couple of thousand years, what do we find; the law is no longer the supreme entity governing civilized behavior.  For the cost of a lawyer, all laws become rubberized, twistable, and not applicable to those with enough money.  More than that, the tools of law, police officers, are not treated to the same laws they are enforcing, and the Monday morning quarterbacks strip them of their initiative, ability, and dignity.

The USA Today calls this Monday Morning Quarterbacking “transparency.”  As a point of fact, USA Today credits their actions to George Floyd’s death.  The officers involved in the George Floyd debacle followed standard and acceptable policing procedures.  George Floyd died from the drug combination in his system and his own stupidity.  Yet, the officers have been harassed into jail, their lives destroyed, their families ruined, all because the George Floyd inanity “looked bad” to the same media who hold themselves above the law.  The same laws that magically did not apply to Michael Jackson, politicians like Hillary Clinton, or even the Bidens and Romneys.  The media harps and complains when the rules are applied equally to them, and then harps and complain when the law equally applies to causes or people the media protects.  What destroyed Rome was the failure to equally apply the law to all citizens regardless of job, title, and friendliness with reporters.  H. W. Beecher sums the problem nicely:

“Expedients are for the hour, principles for the ages.”

“Truth and Justice are the immutable laws of social order.”

What is most often missing in modern society, any country globally; truth and justice are the laws of good social order.  Calling upon Frank Crane again, we find more consideration upholding the majesty of law:

“Truth is the logic of the universe.  It is the reasoning of destiny; it is the mind of God.  And nothing that man can devise or discover can take its place.” 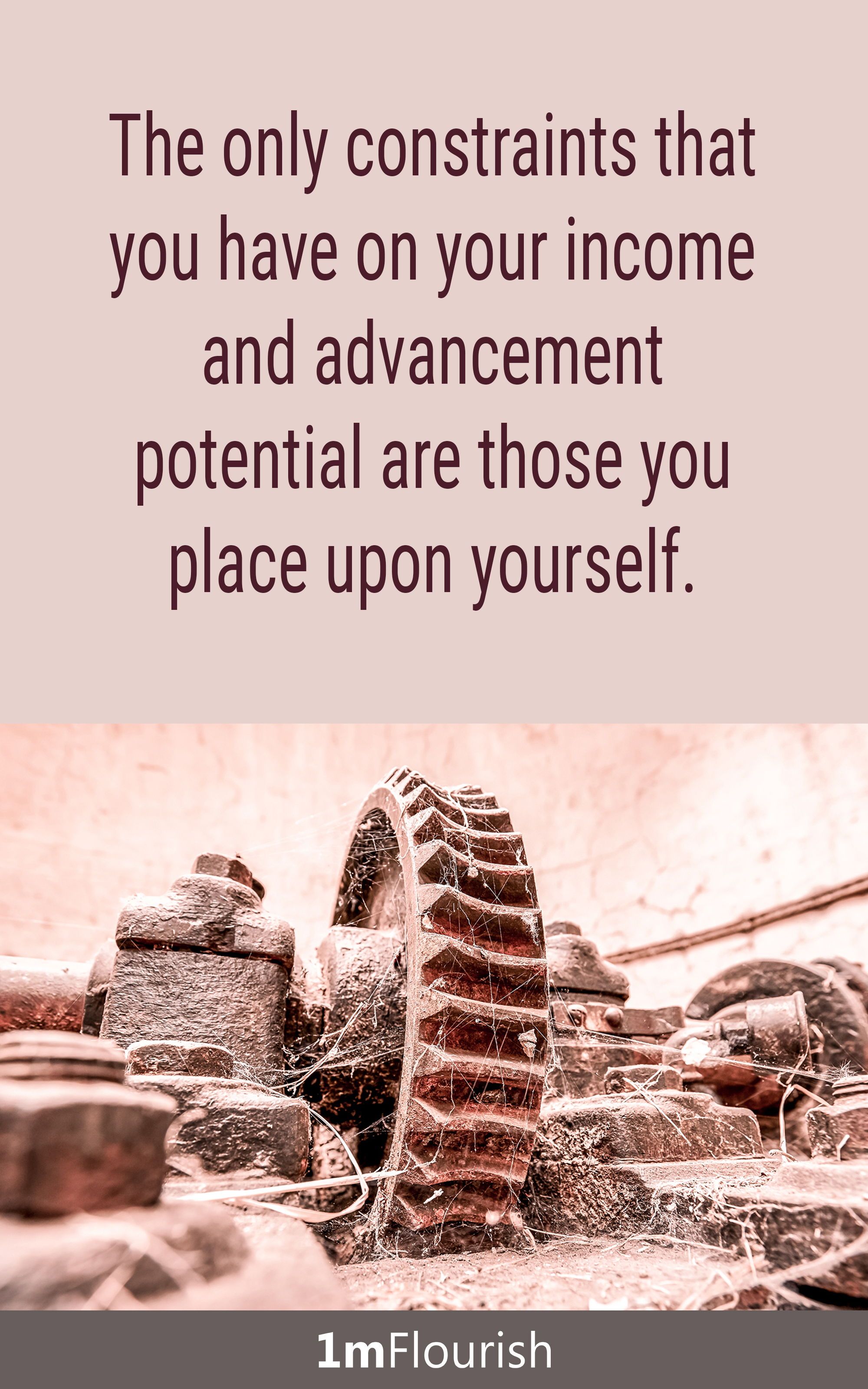 What are the constraints upon a mans potential; look to the laws that man will obey.  Going back to Rome, Julius Caesar was but one of the more notable of Rome’s emperors; what moral laws did he obey; not many.  What social laws was he willing to follow; few to none.  Is it any wonder he was stabbed?  Modern society has the term “Arkancide,” it was invented to describe all the mysterious deaths, accidents, and happenstances that occur to people close to the Clinton political machine.  True, nothing has ever been proven, and neither President Clinton nor Hillary Clinton has ever faced justice, and I am not casting aspersions.  Merely noting there are a lot of incidents that need full and complete explanations, and transparency and accountability appear to be dodged by the Clintons at every turn.

Not that these two are the only politicians needing to face a judge and jury to explain and expound the whys and wherefores, merely noting they are definitely in the top ten of those needing to come clean about their actions while supposedly being “public servants.”  Hence the point of laws and the power in obeying the law.  When those who need to explain and expound come clean before the law, this concludes the speculation and truth and justice are meted to those needing it. 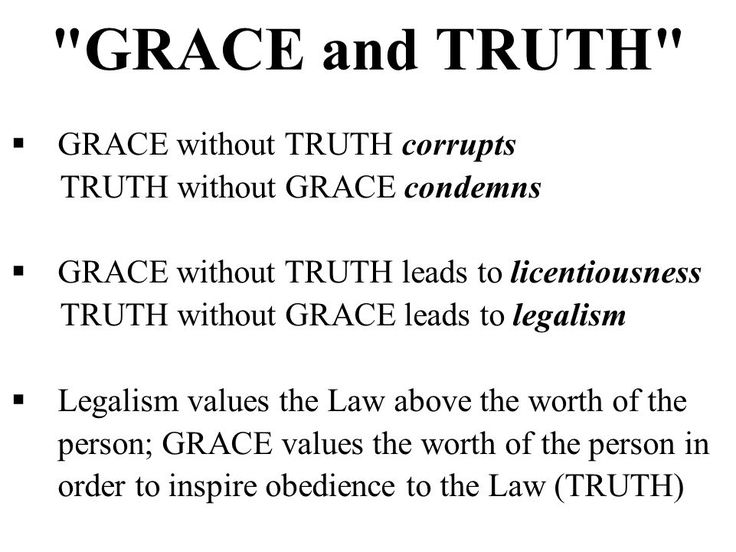 Think of the great questions in modern society where truth and justice would solidly end speculation.  JFK’s murder, Epstein’s “suicide,” TWA Flight 800, Michael Jackson, OJ Simpson, etc.  Yet, for all the world, the truth remains missing, and questions rightly remain.  What is the power of law; the ability to publish the truth.  Consider the wise words of Rousseau:

“Truth is the most precious of all blessings; it is the eye of reason.”

“There is no progress in fundamental truth.  We may grow in [the] knowledge of its meaning, and in the modes of its application, but its great principles will forever be the same.”

Both authors are semaphoring the same message and provide clarity of reason to denounce the falsehood that the US Constitution is a “living breathing document.”  This constitutional republic’s foundational principles of the American experiment are not living or breathing but are alive only through our continuing growth of knowledge in how we apply the principles.  Only those who would destroy the law talk of the principles as “living and breathing,” easily changed,” or “plasticized” into any shape to justify the application of law to let the guilty free and punish the innocent. 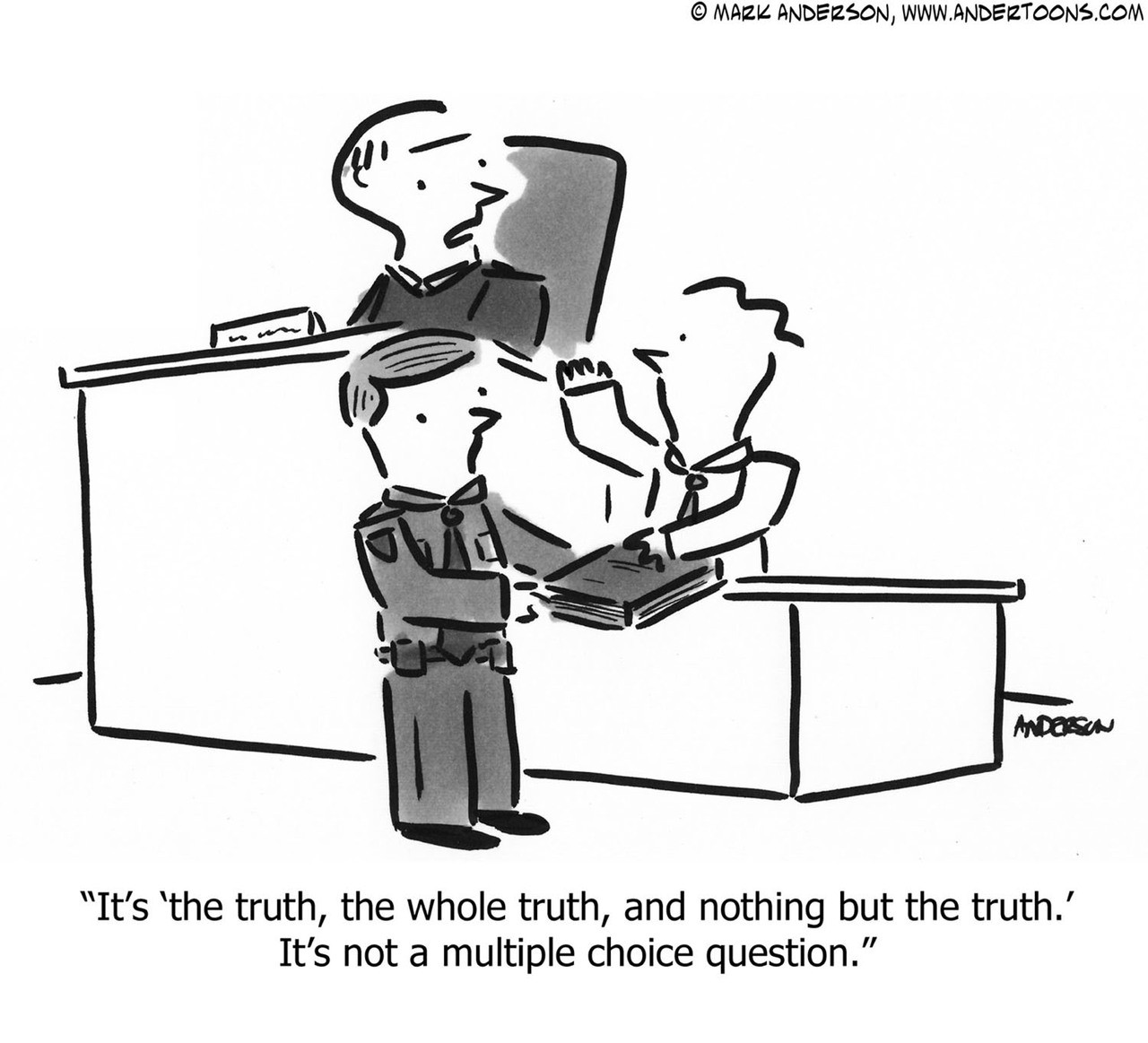 Cast your mind upon the first amendment to the US Constitution, also the first of the rights discussed in the US Bill of Rights:

Why is this the first right in the US Bill of Rights; without this right being acknowledged by the government, the executors of government would have zero restraint before forcing people to believe what they choose them to believe.  Communism in China requires the CCP member to carry their “little red book” close to their hearts.  Mimicking and parroting the twisted ideals of Mao, who learned them from Marx.  Equally as important is the final phrase, the “right of the people to PEACEABLY assemble and petition the government for a redress of grievances [emphasis mine].”  Tell me, how often have riots been “peaceful petitions for grievances to be redressed” in any of the recent years?  I repeat only for emphasis, when you block traffic, start fires, yell, scream, destroy property, etc., you are no longer “peaceably assembled” you are a terrorist group, and the total weight of the law should come down upon; you! 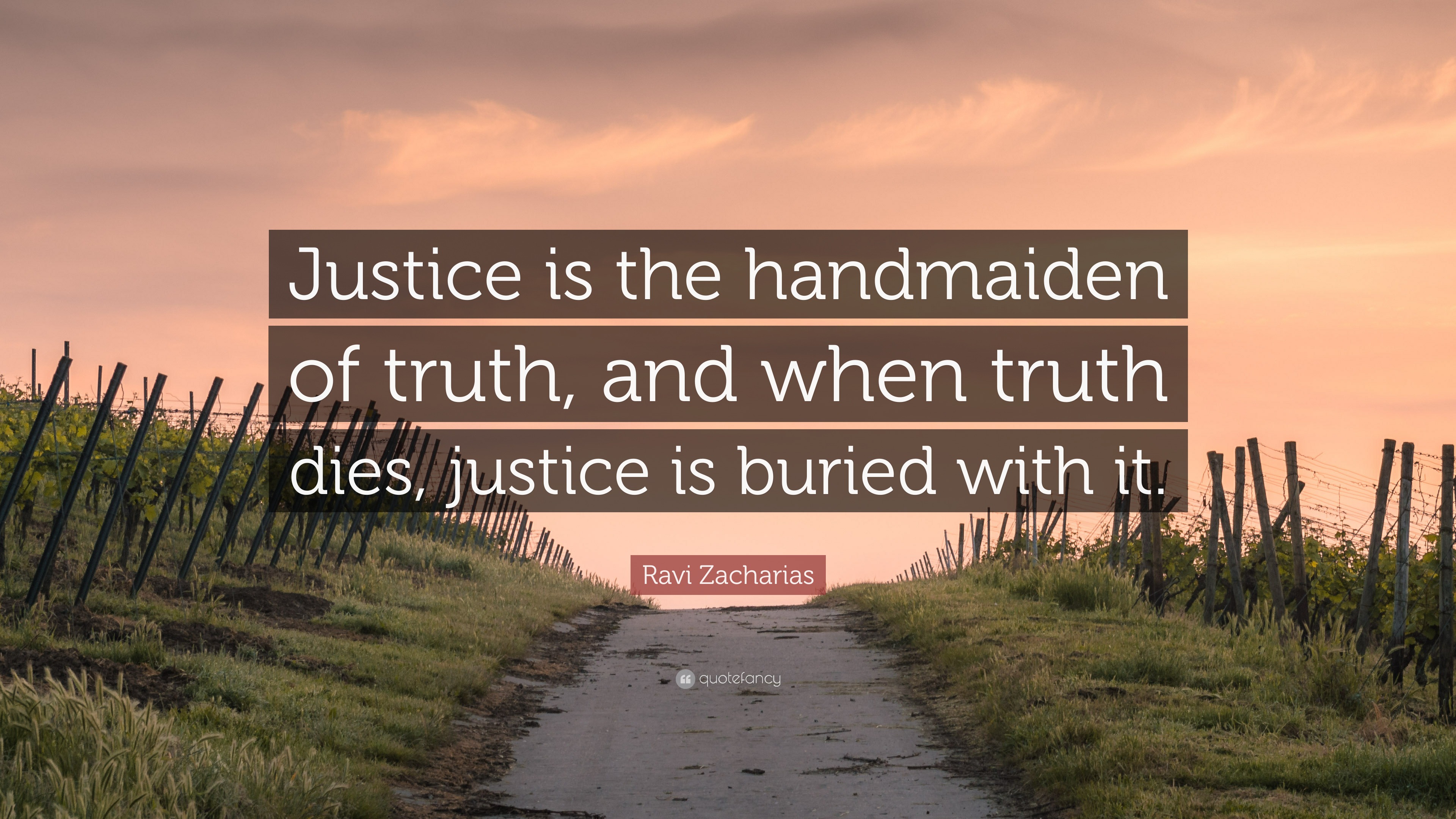 Consider all the “criminal justice reform,” “bail reform,” and other legislated and judicial chicanery foisted upon the American citizenry.  Surely Colton and Joseph Parker are semaphoring an urgent message:

“Falsehood is in a hurry; it may be at any moment detected and punished.  Truth is calm, serene; its judgments on high; its king cometh out of the chambers of eternity.”

Leo J. Muir asks a question worthy of deep consideration, “Why this rigorous inflexibility of law?”  The answer should be apparent, especially when considering Rome and comparing America’s growth and current deterioration, “The immutability of law is the assurance of progress and the guaranty of justice upon the Earth.”  The US Constitution cannot be an easily plasticized document and still be a foundational bedrock of this constitutional republic.  A stone cannot be like silly putty, a non-Newtonian fluid.  Solid one moment, flexible another, shatterable, and resilient.  Laws cannot be a law and be shapeable and moldable to a situation, for then it is no longer a law, but a good suggestion applicable only to specific situations and people.  Is the point clear? 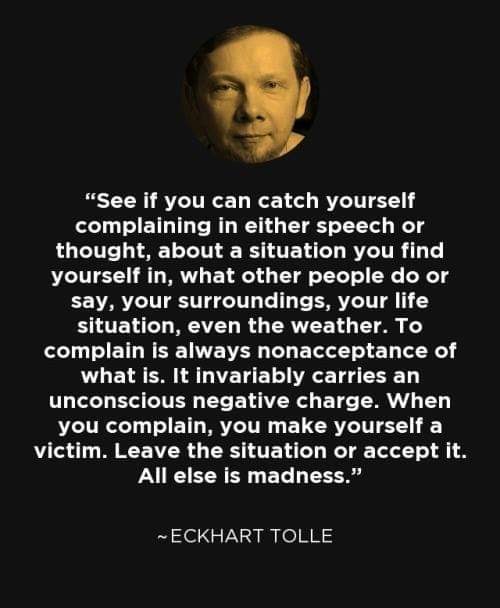 “It matters not how strait the gate,
How charged with punishment the scroll,
I am the master of my fate,
I am the captain of my soul.”

The entire poem Invictus is a declaration of the majesty of law, the power of law, and the reliability of law.  Obedience of law does produce fruit or consequences for choices made, and in that choice and consequence cycle comes the justice and mercy of the law.  Once, I was asked, when I step before the bar of God, for a final judgment, do I want a lawyer or an advocate?  I do not want a lawyer, for a lawyer only plays with the law.  I want an advocate who knows the law, is aware of my good and ill choices, and can plead my case as if my fate was worth the universe’s weight.  How would you answer, and why?  Do you understand the role of law better?  What will you do right now to honor the law, even if in honoring the law you must loyally oppose those who are twisting the law for personal gain?

Let me be perfectly clear; I abhor the suffering the Ukrainian people are experiencing in the strongest language.  I denounce the actions of Russia in creating violence.  But, Zelensky is using the excuse of a Russian invasion to destroy the laws of Ukraine and create a dictatorship.  These actions are as reprehensible to me as the invasion of Ukraine!  Yet, if the American citizenry does not awake and arise, using the laws currently written, we too will see ourselves in a similar position.  Where the laws of America are twisted out of shape and then used as a cudgel to beat the American spirit out of her people, and destroy the last bastion of freedom on Earth.  The saving grace for America is her laws, and her citizenry needs to demand that all are equal under the law, for the innocent to escape and the guilty to be punished.

Let us now understand the role of law and thank “Whatever gods may be” for the immutable power of law!