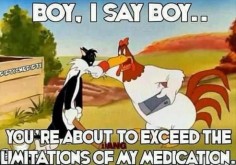 Parents, how many times have you witnessed a toddler going about their day, an idea crosses their face, and you can tell they are about to do something that gets that toddler in trouble?  I heard a comedian talk about witnessing this as the toddler saw the cat sleeping in the sun, the toddler crossed the room and kicked the cat.  When asked why the toddler claims “it was accident.”

Intention is all about deliberate action, using a plan, and involving ideas in action.  According to Webster, intention is also the healing process of a wound, but this definition is not part of our discussion.  From Latin, we find intentio as “stretching purpose” and originates with intendere meaning “towards, stretch, and tend.”

Consider these definitions for a moment and the story about the toddler kicking the cat.  We have a plan, a purpose, and a deliberate action.  How does the parent discern the act was deliberate; the use of observation as to what the toddler had done to the cat previously, what the toddler was doing immediately before they kicked the cat, and the attempt to use an excuse to get out of trouble.

When defining discernment, I am not entering holy waters to discuss the pieces of discernment that belong to discerning for religions.  Discernment is the ability to obtain sharp perceptions, observations that empower decision-making.  Discernment can be psychological, moral, or aesthetic.  Discernment is also defined through the contexts; scientific, normative, and formal. The process of discernment involves going past the mere perception of something and making nuanced understandings about its properties or qualities.

Note, there is also a legal definition, or standard, for discernment, “the cognitive condition of someone who understands; savvy, understanding, apprehension knowing about their actions before, after, and during the act;” which is where things get sticky when discernment and intention cross paths.  Hannity and Carlson disagree on the actions of the jury in the Derek Chauvin case.  Not being a lawyer and not knowing all the legal jargon, the best I can do is form an opinion.  I base my opinion on other high-profile cases where the media has condemned an individual as guilty before the judge and jury are formed.  Meaning, I feel the jury was intentionally and unfairly biased against Derek Chauvin due to the influence of the media and the mob outside the courtroom’s doors. 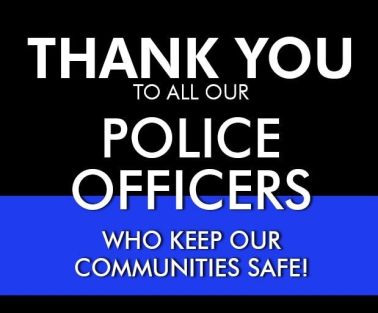 There was a shooting of a teenage girl in Columbus, Ohio, by a police officer.  The girl had a knife in hand, did not listen to the police officer responding, and lunged at another person before being shot.  Again, we come to discerning intention and split-second decision-making.  Only, in this instance, the officer has no history of the person holding a knife, only reports of a stabbing and an apparent altercation involving a knife when they arrive on the scene.  I offer no judgment in this case as this case continues to unfold, details are still being investigated, and family interviewed.  Yet, the media is already off and running their biased opinions, and mobs have formed for mobocratic justice, which is never just nor proper.

Unfortunately, this pattern repeats too often, and thus the need to understand discernment and correctly discerning intention.  My intent is not to make you as adept at this practice as a police officer. In a Republic, and even in many democratic societies, the citizens need to discern and discern intention, two separate processes.  The media will sell a lurid and emotionally charged story with all the bias of a bull in a China Shop and never care about the consequences.  But, the citizen does not have the same luxury or legal protections as the media.  Hence, we must discern what the media relates and discern the media’s intention before we ever read or listen to their story/reporting of events.  Thus my intent in this article and bringing up this topic, we, the citizens, are held to a higher law than the media and cannot afford to form mobs, trust the media’s reporting, or even rely upon the press reported “facts” to discern and discern intent.

How do you make a decision requiring action?

These steps are useless unless we understand our own intention before launching a decision-making process.  Consider, do you intentionally believe that others are doing their best or giving their best efforts?  Do you intentionally shut down your own opinion to consider the perceptions of others in making decisions?  Where in those steps do you stop and take a moment to ponder the short and long-term consequences of the solution devised?  When making decisions, do you ever consider the axiom, “If a solution is not Win/Win, everyone loses?”  Do we fear failing to make a correct decision if the future teaches us something new about the data changing the pattern of decision-making?  How do you learn?

Let us briefly examine that axiom, “If a solution is not Win/Win, everyone loses,” does not mean making everyone happy.  A good compromise leaves everyone upset and feeling cheated and settled on the issue under consideration.  Yet, the media and many politicians firmly believe that unless they win everything they desire in a solution, they have been robbed and feel justified in stirring up public angst and creating a worse problem.  The adults in society must understand both the good and the ill in creating Win/Win solutions, or all is lost, and the patients run the asylum.

In going back to the analogy of the toddler kicking the cat.  Does the solution in the short-term mean corrective behavior modification for a long-term lesson learned?  Does the better solution involve instruction as well as behavior modification?  Have we, the parents, discerned correctly the intention of the toddler sufficient to justify our decision?  Will the cat be safe around the toddler in the future because of the action we take at that moment?

How do you learn?

In answering this question, we must return to the topic of failure.  Do we consider failure a learning moment?   Do we appreciate the power of failing as integral to achieving success?  A close relative of mine in high school went out for the track team as a pole vaulter.  I looked into pole vaulting to learn more and was surprised at the ways, means, and multiple times the pole vaulter will fail.  The technical skills to pole vault are incredible, almost as unbelievable as being an operations manager in a manufacturing environment and being a parent.  Hence, the need for discernment and intention. 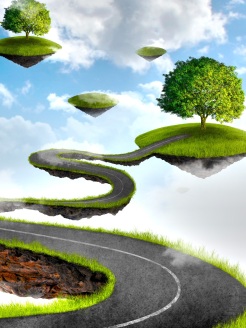 I close with a challenge, use discernment more intentionally in learning your way through failure to success.  Liberty and freedom allow us the power to fail our way to success, but only if we consciously choose to learn and discern better our steps in decision-making.  Know your intent, take a moment every day to consider your intent, and purposefully make decisions to live your intentions.  Trust yourself to discern.  Your confidence in discerning is key to understanding and using your intention to power decision-making as a process.  Please remember, what I am discussing requires time, you will fail, but you will also win and win BIG!  Enjoy the journey of discovery!