Not to state the obvious, Roe v. Wade has been rescinded, and the political left has become the antithesis of civil society.  Acting in a manner that is rude, boorish, and bloody awful.  I know sugar-hyped, caffeine-strung-out, two-years-old who behave better than the supposed adults rioting, looting, and threatening violence.  Frankly, after the summer of rage (2020), I am fed up with the media cheerleading criminal behavior in the name of expressing themselves; let us now affirm and cherish as sacred courtesy as the preeminent civil virtue needed in society.

Elder Marvin J. Ashton, of the Quorum of the Twelve Apostles, The Church of JESUS CHRIST of Latter-Day Saints (October 1976), addressed the topic of courtesy while discussing self-management.  Quoting Elder Ashton, “Courtesy and self-respect are necessary ingredients” in properly being a member of any society, business, family, etc.  In a previous article, the discourteous behavior of the political left was discussed, especially those who choose to join the LGBTQ+ communities.  Why has courtesy dropped so precipitously in American society and too other cultures across the globe?  Elder Ashton discusses the answer:

“Seeing men and women who think, speak, and act with propriety in any community or personal situation is refreshing and uplifting.  Good manners are necessary for the decency and peace of community living.  [Good Manners] should be a matter of grave concern to all, yet we hear and read less about their cultivation than we do about dieting and “daily dozens” to enhance our personal acceptance and development.”

Stemming from self-discipline, courtesy is an outward expression of inner strength, and our manners precede us into new situations.  As a kid, one of the deadliest sins we could commit was being late to an appointment, meeting, or scheduled event.  You could lose your temper, drop the worst language, but if you were late, you were in big trouble!  Sure, foul language was a punishment multiplier but was a punishment reducer if you were not late.  In the US Army, we were taught if you are not 15-minutes early, you are late.  15-minutes early was on time, building the mental toughness to understand the military requirement of “Hurry up and wait.” 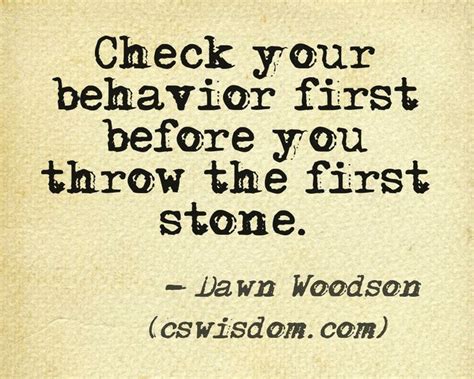 Yet, what do we see too often since 2000, less and less is society expecting a person to be “on time,” let alone early to a scheduled appointment.  Worse, recently, I had a doctor’s appointment, and the staff in the office were grateful I had shown up, let alone was 15-minutes early to my appointment.  When further discussed, the conversation drifted to how people do not call to cancel, show up hours late, and still expect to be seen, and how the staff was forced to work overtime when people showed up late.  The provider felt compelled to see these patients, even though doing so meant staying late.  Importantly, sourced from Elder Ashton, serenity and poise are the companions of those who practice courtesy and judgment to always be on time.

As self-discipline has been reduced, social interactions have also declined as people feel attacked when courtesy is absent.  Worse, if I do not believe the same as you, social norms state I deserve to be attacked, even physically attacked, and this atrocious behavior is my fault for not having the courtesy to believe the same as you.  No!  This is not courtesy, self-discipline, or proper self-management, and I refuse to spend another microsecond being abused!

Jim Butcher is correct, “If you can’t manage courtesy, try silence.”  In defining courtesy, the dictionary refers to courtesy as “polite behavior” and “indulgence.”  Yet, I feel this is barely scratching the surface on defining courtesy, especially since indulgence is not a strong suit of mine.  Courtesy is a willingness, and ability, to properly relate to others.  Courtesy requires humility or a humble approach to social interactions.  Elder Ashton was clear, “Proper self-management will permit us to be a team member first, a coach, captain, or superstar second.”  Do we understand, and will we willingly accept, the role of a team member, participant, or active and engaged audience? Early in life, I had some lessons forcibly taught me.  Elder Ashton sums up the lessons:

“Good health habits, integrity, bearing, mannerisms, conversation, and self-control can be powerful assets in one’s balance sheet.  These traits outwardly reflect the views of the management.  Integrity within oneself makes it possible for honesty with God, family, and all other daily associates.  A person with integrity within himself will also have it in his relationship with others.”

At my current stage of life, I lack a “cherub-like demeanor” with anyone who tries to steal, infringe upon, or impugn my integrity.  This is wrong, and I struggle daily with the slings and arrows of our discourteous society.  Yet, still, we find a need to define courtesy, and while healthy eating, exercise, and patience help me in my struggles, these other aspects of courtesy remain invaluable. 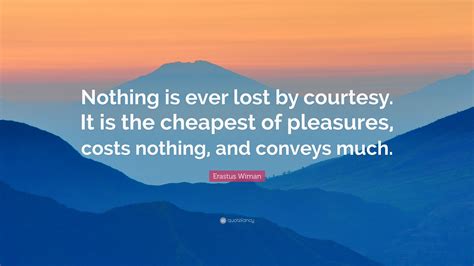 Courtesy, as an extension of self-respect and self-discipline, generates improved mental and physical health, further promoting courteous living and mental peace needed to suffer the fools slinging mud and practicing violence.  Do we understand the connection being discussed; Elder Ashton affirms, “our self-image and general conduct [observed through] dress, grooming, and hair standards, moderation of voice, use of worthy language, good manners, respect for other’s rights.”  However, does this define courtesy; not really, but they form the core of actions witnessed by those with self-respect and self-discipline.

Consider the recent media coverage of the two camps prominent in the Roe v. Wade protests since late February/early March.  The dress, language, general conduct, manners, and moderation of voice distinctly identified which camp one woman belonged to or another.  The distinction was easily observed long before either camp opened their mouths.  More to the point, look at the Republican and Democrat audiences at their respective national conventions.  The media coverage never ceases to amaze me, the camera operators and producers work tirelessly to not fuel stereotypes, but even then, the audiences are clearly distinct. 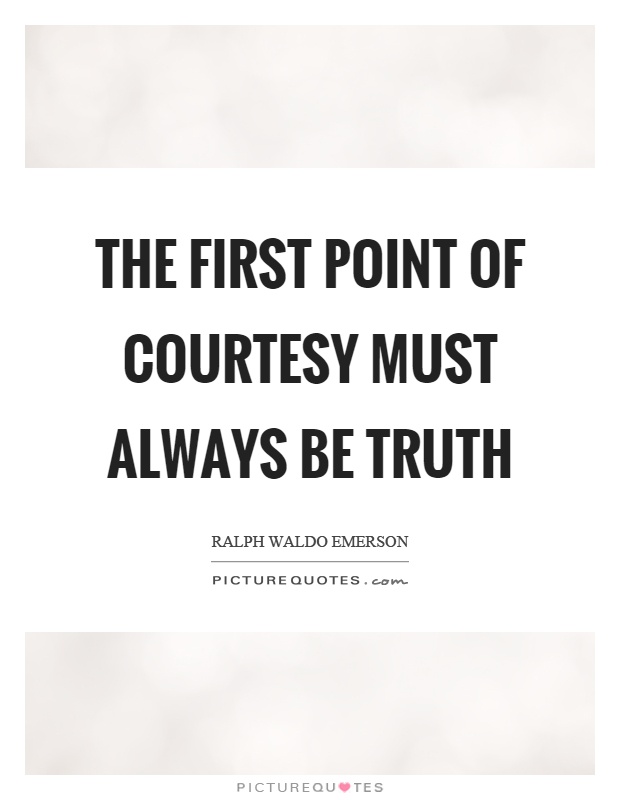 Elder Ashton states and I affirm in the strongest language, “In any community or personal situation, it is refreshing and uplifting to see men and women who think, speak, and act with propriety.”  Having traveled amongst incredibly diverse global cultures, it does not matter where you are or the culture you originate from; it is mentally and physically refreshing to be among people who act with propriety and courtesy and live with self-respect and self-discipline.  Clearly, courtesy is at its best when it is least obvious, and the least apparent; the greater self-respect shines through the actions and speech of courteous people.  Courtesy is a manner of living; it is a lifestyle choice and is not merely a religious thing stemming from a Judeo-Christian moral code (the Ten Commandments).  Aristotle is quoted saying, “We are what we repeatedly do; excellence then, is not an act, but a habit.”  President Theodore Roosevelt said, “Courtesy is as much a mark of a gentleman as courage.”  Consider these two quotes for a moment; courtesy is an action displaying excellence, and courtesy is courage.  To Jacques Maritain goes the final word on defining courtesy, “Gratitude is the most exquisite form of courtesy.” 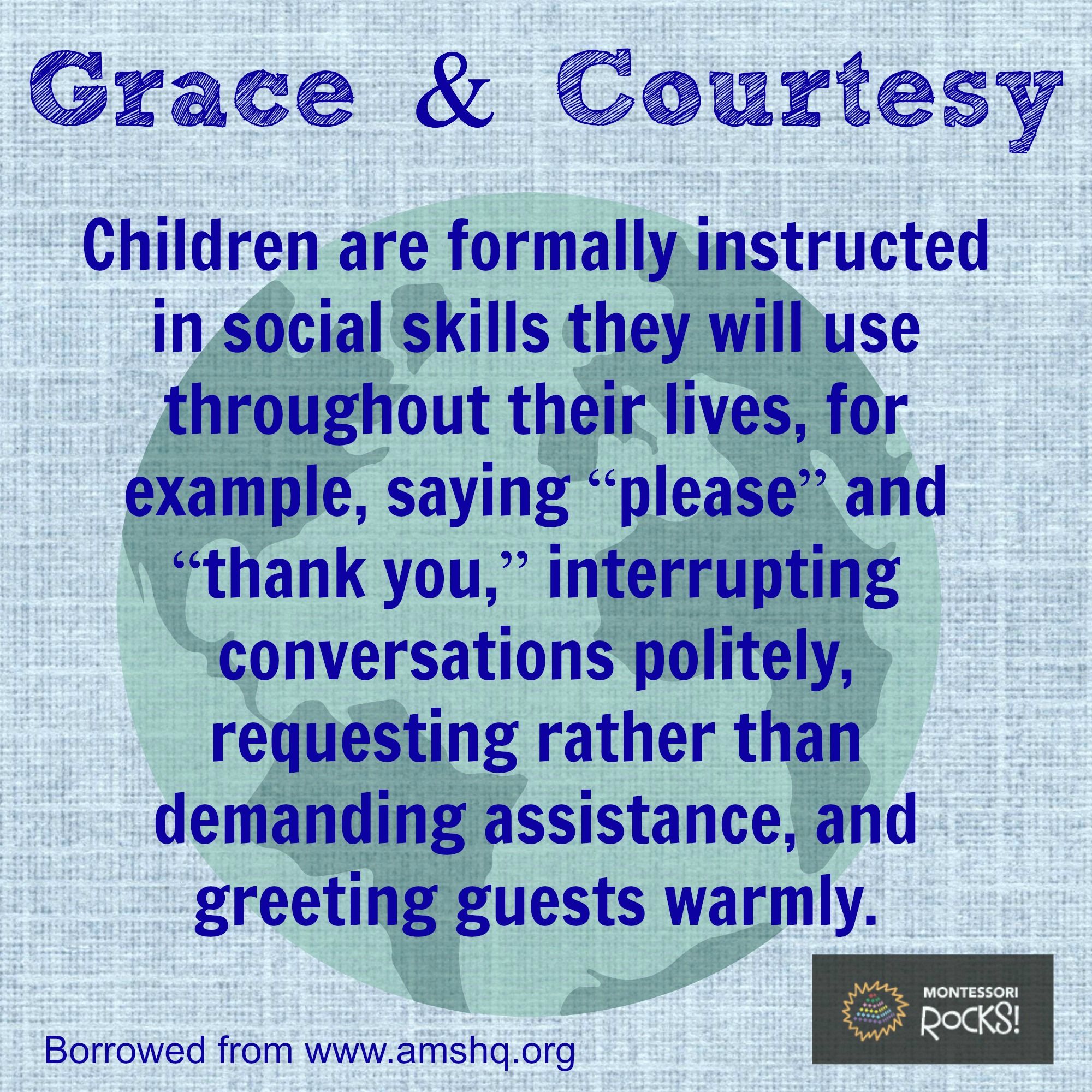 Thus, gratitude, excellence, and gratitude are mere pieces of courteous behavior.  Interestingly, I find the best lessons on courteous behavior have arrived from the most disgustingly discourteous people.  In the US Army, I was called out by an incredibly courteous person for my language.  In the US Navy, I learned why courteous language was required through observing the consequences of the discourteous around me.  Several department members used horrific language, acted in manners revealing their lack of self-respect, and then cursed the gods for their predicament with women and money.

I am not saying that courteous living makes people rich or loved.  I merely relate that life is better the more I struggle to keep my cherub-like demeanor when stressed by those with manners more closely resembling pigs in rut than men with the potential to become God.  William Wordsworth stated in his writing, “Ode: Intimations of Immortality:”

“Our birth is but a sleep and a forgetting.  The soul that rises with us, our life’s star, hath had elsewhere its setting, and cometh from afar: not in entire forgetfulness, and not in utter nakedness, but trailing clouds of glory do we come from God, who is our home.”

Disregarding religion for a moment, man has a tremendous imagination, but no religion yet has a discourteous god at its center.  Let us so live, with courtesy, self-respect, and self-discipline, that when we return to the God who made us, we trail clouds of glory as a mark of gratitude and courtesy.