Sometimes revisiting a topic is required to help promote urgency in learning.  Other times revisiting a subject helps to broaden the mind to more of the problem.  My intent in reviewing the topic of understanding is for both of these reasons.  President Madison provides counsel that every American should be adhering to, regardless of political flavor, as the first policy in being a responsible citizen.

We begin with an absolute from President Madison, stated two different ways, with the same meaning:

To those who would like to be female apologists and excuse women just because President Madison used the term “men” here, the President spoke of “men” as in all humankind.  As in, when power is invested in any person, they should be mistrusted.  They should be carefully watched, monitored, and scrutinized.  Not blindly trusted to act and never called out for their actions.  Hence the role of the media, the role of laws, the role of three co-equal branches of government.  Yet, what do we find today?

Honestly, take a look around, and take off the political glasses of partisan politics for a moment.  Can you honestly claim that the media is representing fairly both sides of the partisan political spectrum?  Can you honestly trust the co-equal branches of government not to be intimidated, cajoled, browbeaten, or unduly influenced by another branch?  Is the military following their civilian leaders without political influence and acting in the best interest of all Americans?  Is each of the co-equal branches of the government pulling their weight and acting in accordance with the law?

Now, look closer to home.  How about the school board, the mayor, the governor, the state legislature, the county board, the city council, the town council, and every other bureaucrat vested with public trust.  Are they obeying the duties and honoring the roles of their office and deserving of the public trust?  What about the teachers in classrooms who the school board officials directly supervise? Are your children taught reading, writing, and arithmetic, or are they being taught wokeism, sexism, and being groomed for sexual perverts?

“Public office is a public trust, the authority and opportunities of which must be used as absolutely as the public moneys for the public benefit, and not for the purposes of any individual or party.” ~ Dorman Bridgeman Eaton

Public trust remains the single most important and least discussed aspect of American culture and American politics, mainly because public trust is the most misunderstood concept.  Public trust has been intentionally misunderstood (plasticized), so it can be perverted and challenging to understand.  Yet, public trust comes down to one thing and is revealed through an easy test in its most simple form.  Would you leave your home and children alone, under the supervision of any person holding public office?  If the answer is yes, they hold your public trust.  If the answer is no, why are they in office? 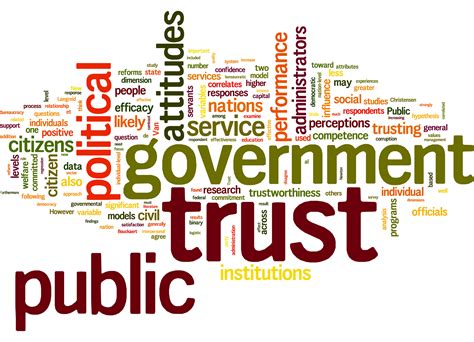 Using President Madison’s quotes above, no one in a position of public trust should be “trusted” without verification, scrutinization, and they should be held accountable for their decisions made while in office.  Missouri is the “Show-Me State!”  I possess a “Missouri Mindset,” show me you have done the job correctly.  Show me; you are transparent in doing the job you were elected to perform.  Show me you can be trusted.  I am willing to give anyone a chance at leadership, but they had better show me they can do the job! 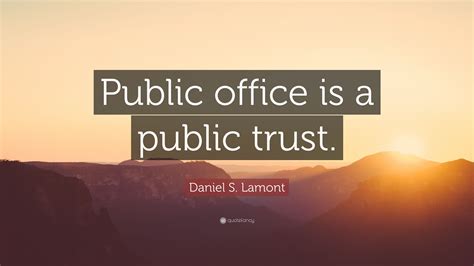 Under the heading of trust and show me comes an important principle, and President Madison elaborates this principle simply, eloquently, and precisely.

“I cannot undertake to lay my finger on that article of the Constitution which granted a right to Congress of expending, on objects of benevolence, the money of their constituents.”

Find me that article of the US Constitution.  If you cannot find that, then the Federal, State, and City governments need to get out of taking money through taxes and giving money to people who have not earned it.  Welfare belongs to charity groups and religions, not governments!  Pork barrel spending is anathema to good order and discipline and should be shunned and shamed.  Consider with me the plethora of laws that have been invented to control society just because of the government welfare programs.

Larger governments manage programs through bureaucrats and bureaucratic inertia that are abused at every potential opportunity and are not scrutinized adequately for waste, fraud, and abuse.  Where systems and operations are regularly gamed to keep the benefits rolling in at the expense of society, taxpayers, and those needing assistance cannot receive assistance due to the gamesmanship and fraud of others.

I am all for helping people learn how to help themselves, using charity programs and religious outreach.  But, taxpayer dollars should NEVER be spent in helping one person at the cost of another person!

The following has caused many a discussion in my home.  I hope it will cause many a conversation in your homes.  May those discussions be heated, be full of lovely disagreement, and be full of fiery opinions.  For in the spirited debates come ideas and solutions that work.  Invite people who disagree with you to dinner, and may the food and conversation be a delightful experience and a gustatory wonder!

“In framing a government, which is to be administered by men over men, the great difficulty is this: You must first enable the government to control the governed; and in the next place, oblige it to control itself.”

What is the discussion in my home centered upon, “How does a citizen ‘oblige a government to control itself?’”  I will offer a couple of suggestions here.  Feel free to refute my recommendations with your own in the comments below.  Better still, suggest more ideas for topics of discussion.  I am not the only person with ideas, and we need every person to help “oblige” the government to control itself!

Finally, President Madison provides two pieces of advice for living in the American Society worthy of knowing and on-boarding.

Consider a parable.  Give a person a fish, and he eats for a day.  Teach a person to fish, and he eats for a lifetime.  Teach a person to fish and sell his wares, and his children build a prosperous society.  Knowledge will always govern ignorance, but knowledge and confidence build nations!  I do not want to build small communities; I want to rebuild the American Nation, a free nation under God, with liberty and justice for all.  I cannot do this alone; our forefathers did not undertake this task alone.  It took every member of the 13-original colonies to shake off tyranny and oppression and then build America.

It will take every single American citizen, and every single person desiring to be an American citizen to rebuild America, after all the damage intentionally done to her by the political leaders, secret societies, and bitter haters who have abused American generosity and then wanted to protect their pile by destroying America.  America has been abused by countries foreign, and enemies domestic, corporations foreign and domestic, and individuals who have paid large sums to watch America burn.  Do you understand better now?  Is the mission clearer in your mind?  Is the task ahead more urgent and more desirable?  What are your next steps?