I made the mistake of ranking the various government agencies on how intractable, unintelligent, and irresponsible they are.  I ranked the IRS based upon previous experience more competent than the VA.  That is a mistake I will not repeat any time soon, as the VA and the IRS are in a neck and neck race to the bottom!  Consider how the IRS sends you paper mail notifications; if you have questions, you are referred to a website for answers and provided several customer service numbers.  Except, when the website fails, you call the notifications’ numbers and are told that you need to visit the website for faster service.  The website refers you back to customer service, whose phone queues are always so full you are automatically disconnected after being reminded to use the website for faster service.

As my mind experiences a total meltdown, I begin twitching, and my head eventually explodes; check out this cat picture: 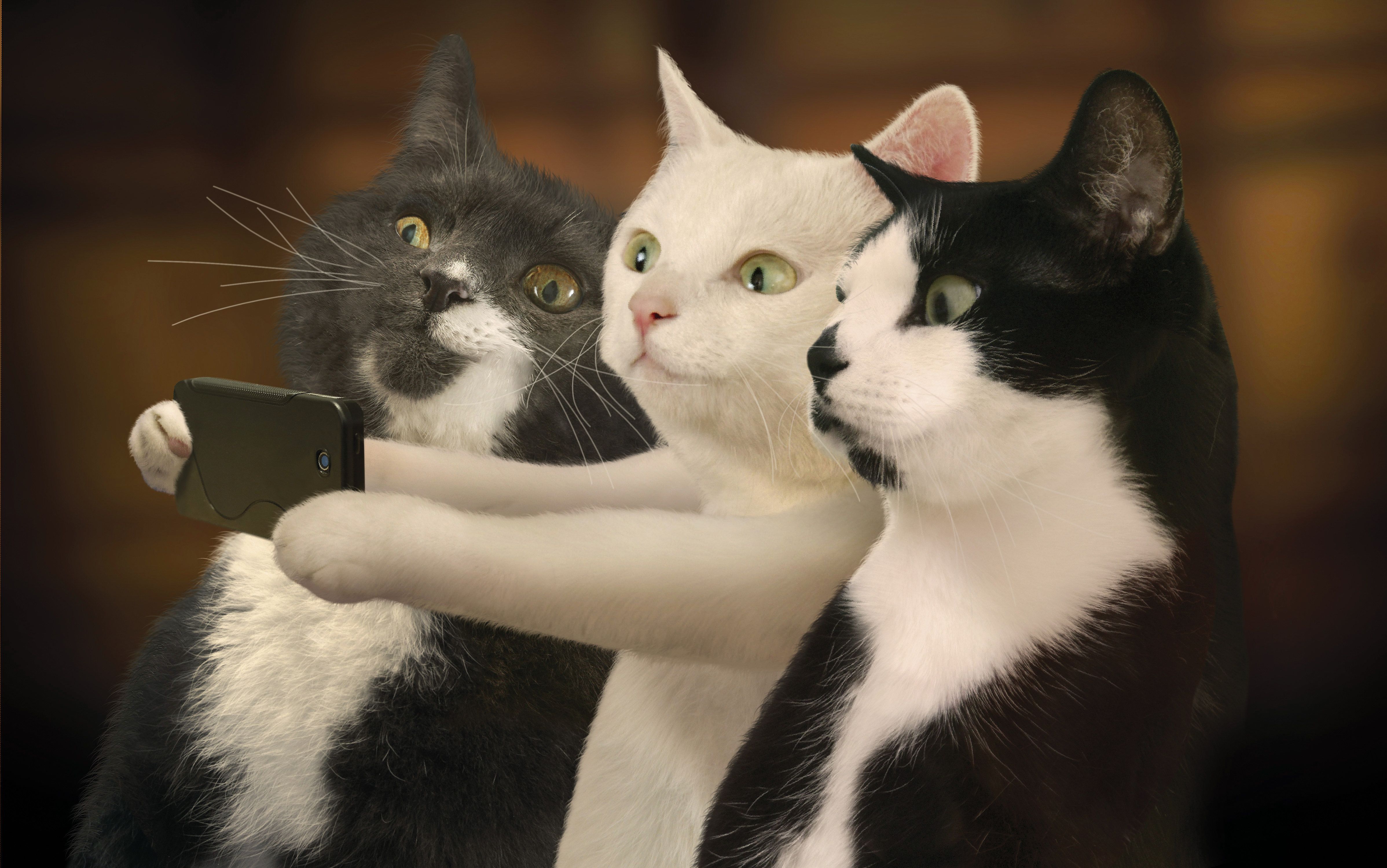 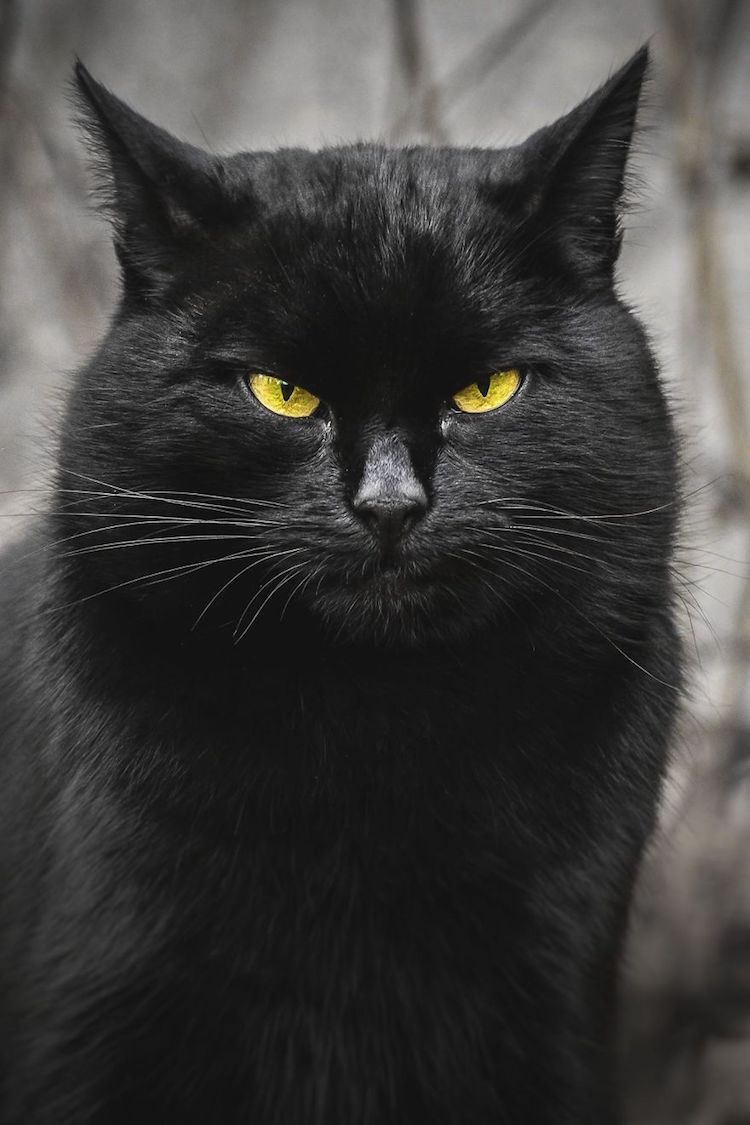 Some will declare this is a one-off incident; surely, the IRS is not this dysfunctional.  Try it for yourself sometime.  I never ask anyone ever to, believe me, experience this for yourself.  Check out the IRS website https://irs.gov.  Try to get solid and reliable information, and see how fast your head wants to explode.  I have been trying to appeal a decision the IRS made arbitrarily since 21 March 2022 and gotten nowhere fast.  Best of all, I have a deadline of 20 May 2022 to register an appeal, yet the website cannot answer my questions and points me back to the phone number on my notification.  The phone number auto-answer assistant refers me back to the website shortly before disconnecting my call.

As a small business owner, I had trouble getting my Tax ID number; the website said to call customer support, the phone number referred me back to the website and then disconnected my call because the queues were too full.  Ad Nauseum Ad Infinitum, but the joke is undoubtedly on me; the IRS proclaims they respect my time and are anxious to resolve the concern.  Can’t you just feel the concern and anxiety emanating from the IRS?  Where are the elected officials who need to be scrutinizing the Executive Branch and demanding better returns on the taxpayer’s investment?

As my mind experiences another total meltdown, I begin twitching, and my head eventually explodes; check out this cat picture: 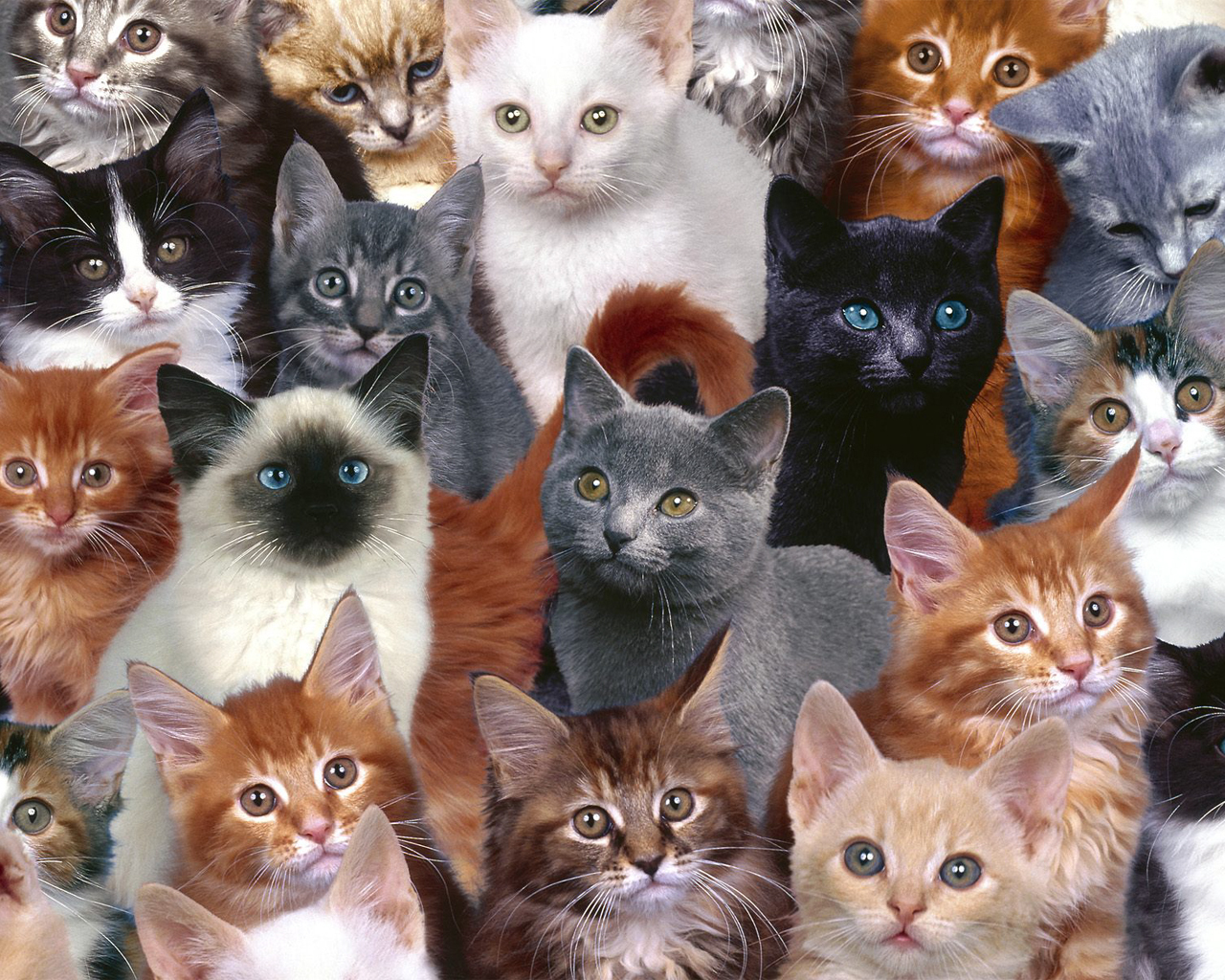 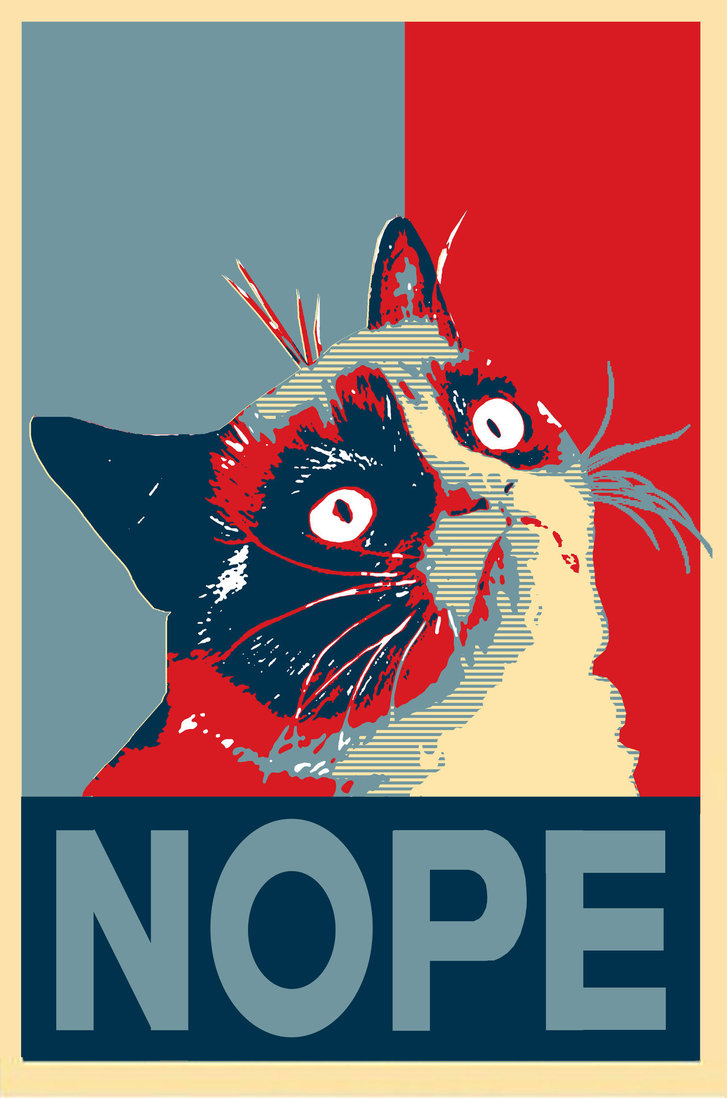 If you’re keeping count, this is the third recent article on the culture of corruption at the Department of Veterans Affairs (VA) in as many weeks.  No, I am not behind; the rate of the frequency of VA – Office of Inspector General (VA-OIG) reports has legitimately been this overwhelming.  Never forget, an indictment is not a conviction, and perpetrators remain innocent until proven guilty in a court of law and the trial and sentencing have been completed.

“Hunter Matthew Burroughs and Stephen Keith Andrews were indicted by a federal grand jury in Fort Smith, Arkansas, for their roles in three separate conspiracies to defraud the US government and private workers’ compensation insurers.  Their alleged crimes include a billing and kickback fraud scheme with multiple physicians and medical clinics and separate fraud schemes involving the shipment of medications from Arkansas to two Louisiana physicians, who then distributed those medications from their clinics in violation of Louisiana laws.  Additionally, Burroughs was charged with wire fraud for allegedly falsifying emails he provided in a civil lawsuit involving his sale of the company.”

Not to be outdone:

“Robin Calef of Brockton, Massachusetts, was sentenced to one month in prison followed by three years of supervised release after pleading guilty to one count of theft of public funds in November 2021.  She was also ordered to pay restitution of $102,289 to the VA.  In December 2006, Calef’s sister was receiving VA monthly benefits, passed away.  She failed to inform the VA of her sister’s death, and the VA continued to deposit monthly benefits into a joint bank account held by Calef and her sister until September 2017.  Bank records revealed that Calef made monthly withdrawals of approximately the exact amount of VA benefit funds deposited into the joint account.”

“Derrick Brewer of Enfield, Connecticut, pleaded guilty to one count of theft of government funds.  In March 2018, Brewer submitted paperwork to the VA offices in Hartford as part of an application for service-connected disability benefits.  Specifically, he submitted form DD-214, which indicated that his discharge from his former service in the US Coast Guard was characterized as “Honorable.” However, the form had been altered before its submission.  According to official Coast Guard records, Brewer’s discharge was characterized as “Other Than Honorable Conditions” following his convictions under the Uniform Code of Military Justice.  There is no record of the discharge characterization ever being upgraded.  As a result of this submission, Brewer collected nearly $70,000 in VA benefits from March 2018 through September 2020.  Sentencing is scheduled for 27 May 2022.”

“Sarah Jane Cavanaugh of Warwick, Rhode Island, was arrested on charges of using forged or counterfeited military discharge certificates, wire fraud, and fraudulently holding herself out to be a medal recipient to obtain money and property or another tangible benefit, and aggravated identity theft.  It is alleged that Cavanaugh claimed to be a wounded US Marine Corps veteran and recipient of a Purple Heart and Bronze Star and schemed to collect hundreds of thousands of dollars in veteran benefits and charitable contributions from organizations that provide monetary aid; to veterans in need.”

“From 2002 to 2019, Terrie Lynn Christian of Newaygo, Michigan, engaged in a fraudulent scheme that targeted children’s benefits programs administered by VA and the Social Security Administration (SSA).  This scheme, which involved obtaining benefits for two fictitious children, resulted in government losses of over $660,000, including approximately $110,000 for VA.  Christian was sentenced in US District Court to 30 months in prison, three years of supervised release, and restitution of over $660,000.  The VA OIG and SSA OIG investigated this case.”

Do you notice anything odd in these stories of fraud; the documents did not stand up to scrutiny, but fraud was still perpetrated.  I have authentic documents proving service; I have had to present original documents several times and sign affidavits testifying these documents are my documents.  I am a veteran, and under the threat of severe penalties, I swore that I was not attempting to defraud the US Government.  Would someone please explain how these people, and so many others, can commit fraud so frequently?  Would someone please explain how the VHA and the VBA accepted clearly doctored documents and fraud executed?  Finally, where are the VBA and VA employees being held accountable for failing to do their jobs and allowing this fraud to be perpetrated with complicity?

Time after time, I have been denied help, been given the bureaucratic runaround, and refused assistance until my documentation can be certified.  Then after my documents are approved, they are still rejected by bureaucrats who refuse to do their jobs.  Yet, crimes and fraud are perpetrated with the same bureaucratic inertia and complicit behavior.  Elected officials, do you understand why taxpayers are frustrated?

What reignites the explosion of my head is that these are only two of the multiplicity of government agencies.  Nobody knows how much fraud is perpetrated by employees and customers, and worse, even fewer care.  Elected officials, will you please explain why you are not more concerned and avidly involved in ending the fraud?

Let me cast your mind backward to 2005.  United States v. Alvarez, 567 US 709, is a case in which the United States Supreme Court ruled that the Stolen Valor Act of 2005 was unconstitutional.  The Stolen Valor Act of 2005 was a federal law that criminalized false statements about having a military medal.  Elected officials, when the judges legislated from the bench, overstepping their authority, why didn’t you immediately go back to work and redraft legislation to end the theft of valor and penalize people committing fraud?  Instead, you rolled over like a dead, bloated, floating body, and valor theft has worsened!

Elected officials, why have you not drafted new legislation to curb government theft?  Why have you consistently refused to act to curb the bureaucrats from abusing taxpayers?  Why do you remain silent on the shrinking morals in America that open the doors for more abuse of the law?  We elected you to the office to take action; what are you doing?  Yes, mayors, city councilors, judges, dog catchers, school board members, county commissioners, and every other single officer elected, you are included in this plea for action!

Again, I implore you, the voters, to scrutinize your elected officials for their continued employment.  Yes, start today.  I know the elections are months away, but it requires time to evaluate performance, become knowledgeable, and prepare to act on election day.  You deserve a better government, and those in office deserve to be unemployed!