Since Russia invaded Ukraine, no longer is the truth able to hide; America has been pursuing easy things, making America weak!  Several years ago, I was in a used book store and found “Flashes from the Eternal Semaphore” by Leo J. Muir.  I count myself extremely blessed to have found and purchased this treasured book!  Mr. Muir explains that a semaphore is a means of using flags to send messages, and people have been using flags to send messages for a lot of the earth’s recorded history.  The author declared that regardless of religion, certain truths are timeless, ageless, and failure to learn and live these truths brings destruction to civilization.

The first flash/truth is that pursuing easy things makes people weak.  Consider for a moment a German proverb, “The hard is the good.”  Work is an eternal principle; it does not change if you believe, or do not believe in, God, god, or gods.  The need to work, to pursue difficult tasks makes boys into Men, girls into Women, and at the end of life reflects honor and dignity in a life well-lived.  Yet, what do we find daily as the life to pursue, playing games, rest, recreation, and all the waste this involves. 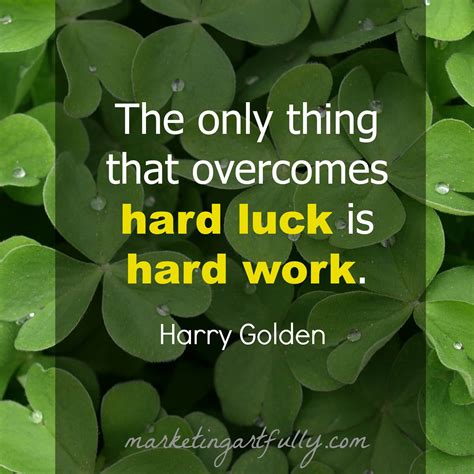 I know not the source, but as a kid, I heard someone complain that the hardest and most difficult job in the world is being a person of leisure.  As a kid, I had worked my fingers to the bone every day, going to bed bone-weary and mind tired.  To hear this man talk blew my mind, for I would have given anything to have less work to do.  Yet, during periods of unemployment, I have wept in frustration for not having a job that tasked my mind and body.  In employment right now, I often look around and ask what else is there to do, for I feel like I am cheating my employer.  Some call this a work ethic, I call is being responsible, professional, and honest in my dealings with my fellow-man.

A friend informed me that most people do not think similarly, and I wonder why.  My friend said it was a “First-World Nation Problem.”  He explained that in first-world nations, you have to go a long distance to find anyone who works like I do and thinks work is necessary.  Mr. Muir reminds us, “There is no immunity from the penalty of indolence and irresponsibility.”  Think of that, too much idleness, too many video games, not enough personal responsibility builds weak people, and there is no social or personal immunity, no vaccination, from the consequences. 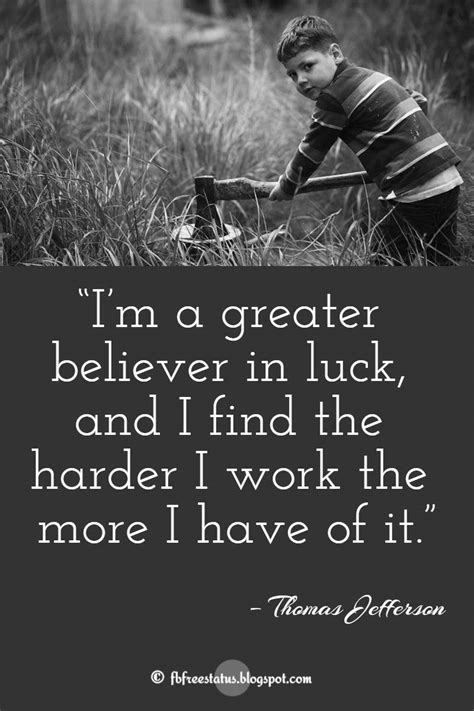 What’s worse, First-World nations are passing this malady around the globe.  We are sick from the disease of not working, akin to catching polio, leprosy, or a fatal case of pneumonia; the disease can be treated, but the effects are life-changing.  You cannot achieve for your ability is curtailed.  We have forgotten that “There is NO excellence WITHOUT labor” [emphasis added].  I remember assignments from K-12 that left me physically drained from the mental exertions, and I remember lazing my way through lessons; in both situations, the grade I earned was of my own creation!  Believe me, my parents were exercised to see my low grades, and I had my school and home work increased to new levels to achieve learning that one lesson, “There is NO excellence WITHOUT labor.”

What do we see today?  Students are allowed to graduate who cannot read, do simple math, and write their names.  We see lowering standards for scholastic performance in K-12, which produces a slug of a student who expects to graduate college.  Woefully unprepared people who were abused and allowed to abuse themselves during K-12 due to their skin color, economic situation, or English as a second language.  What teachers do you remember from school, those who allowed you to slide, or those who believed in you, challenged you, setting high standards, and then teaching you how to meet those high standards?

I told my friend, and dear reader, I am telling you, the principle of work should not be sacrificed to “Leave no child behind.”  If a person sets out to leave no one behind, they get to know their charges, work their charges, set high standards, teach how to reach those high standards, and then urge them on to new growth opportunities.  Why did the school boards lower standards; they believe in growing a class of citizenry that can be controlled!  Since the late 1800s, this has been the government’s intentional actions in America.  Some will use their weakened minds and claim this is the dastardly work of a single political party, but the reality is that both political parties are neck-deep in the responsibility they have shirked and promoted by lower standards, and they call this “helping.” 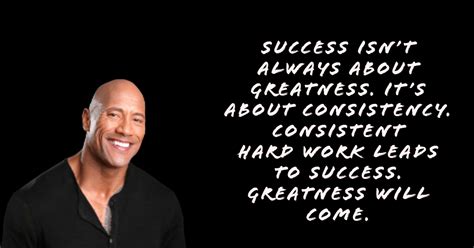 No, do not for one second believe that this is a “First-World nation problem,” it is a problem made by conspiring men (and women) for the overthrow and destruction of freedom.  They have been carefully creating a class of people who can be counted on to be controlled for personal political gain.  Independent people, strong-bodied and minded people, scare those who desire to be a ruling class.  Consider Putin in Russia; he wanted to rule, he has planned, crafted, killed, lied, and cajoled to rule, and he is a strong person ruling a weak people who have gotten sick on the pursuit of easy things. 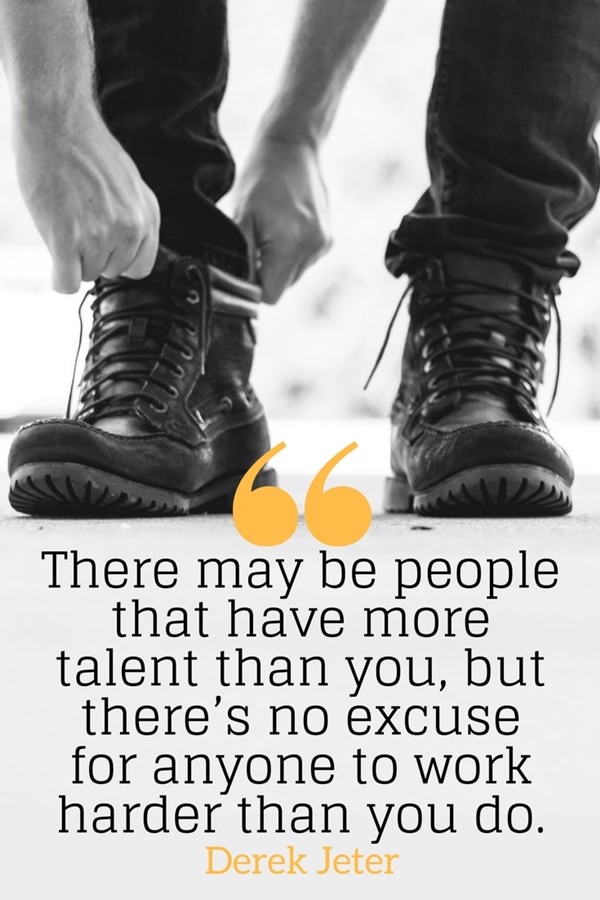 Look at Cuba and North Korea; the people have had to be beaten and starved to weaken them into submission and keep them dependent on a strong leader.  Yet, how quickly could those strong people throw off their oppressive governments if they had even 1/100th of the opportunities their poorest neighbors enjoy.  What happens in countries oppressed, the leaders become weak pursuing easy things, the people get stronger, and then the government is backed against a wall, and either the people overthrow the government, or the government is killed.  Then the cycle begins again until the population is consumed by a neighbor (Ukraine being consumed by Russia) or democracy and capitalism are tried and found to be valuable.  But democracy is only powerful if the law is held sacrosanct!  Capitalism is only useful and helpful when the society employing it has morals, values, and is educated.

What is weakening every oppressive regime around the globe; is a failure to honor the rule of law.  The leaders pursuing easy things become weak, and their choices inevitably lead them into problems with the law.  Think back a couple of years to the Chinese baby food or dog food scandals.  The Chinese Communist Party (CCP) blamed mid-level leaders for their roles in the scandals, but were these people really to blame or merely useful tools to help deflect blame from the flagrant and profligate rule-breaking of someone higher?

Pursuing easy things makes people weak!  There is no escaping the damage pursuing easy things does to an individual and a society.  Yet, how big are the entertainment industries?  How expansive has the lure of taking it easy become?  How prevalent have games become?  An entire new technological industry sprung up to feed the appetites of those pursuing games?  For a truth, Muir quotes Franklin for the following flash, “Laziness travels slowly and is soon overtaken by poverty.”  How expensive have cellular phones become?  How soon do those phones wear out and need to be replaced?  Worse, how many politicians, Hollywood “influencers,” and hundreds of other sources exemplify not working, hide behind a “work-life balance,” or employ social media to display a life of plenty and ease without working?  The only way to keep the American dream alive is through hard work!

King Solomon provided the only instruction that offers a modicum of relief and is quoted as the final flash, “In all, they getting, get understanding.”  I know many people’s childhood was full of abusive relationships.  From parents to teachers, to peers and government officials, you have been robbed, plundered, and the abuse is real.  For all that, you remain an eternal being suffering a mortal existence.  Thus, you have the choice to get understanding.  You possess the power to throw off the abusers.  Learn to learn.  Learn to read.  Learn math.  Learn how to write.  You hold the power, choose to exercise that power, and you will bless your life and the lives of those around you!