The end of the year inundation continues unabated.  Unfortunately, so to does the failure of the Department of Veterans Affairs (VA) – Office of Inspector General (VA-OIG) to inspire and motivate change.  Thus, my continual efforts in opening the transparency and demanding accountability for the VA leadership, and insistence that the American Congress do its job in scrutinizing the executive branch!  I repeat, only for emphasis, the US Congress (the US Senate and US House of Representatives collectively) only have two jobs.  1) write laws that are constitutional and for the benefit of all, themselves included, American citizens.  2) scrutinize the executive branch to protect the American Citizen from abuse and runaway actions.  Feel free to read the links to each story for more information, the failure of elected officials to act and prevent this behavior is abysmal, and these are just summaries, the full story is detestable!

In yet another fraudulent scheme, the fraudsters are penalized but the VA employees are left without penalty.

Two VA employees, over the course of four years, caused the VA to lose $1.38 million in kickbacks.

Two Chicago-based VA employees were charged in connection with a fraud scheme that involved pocketing cash payments from vendors in exchange for steering orders for medical equipment to those vendors. Andrew Lee is charged with one count of wire fraud, while Kimberly Dyson is charged with one count of conspiracy to commit bribery and four counts of bribery. Lee and Dyson worked as prosthetic clerks in the VHA Prosthetics Service in Chicago, where part of their duties was to select vendors to order medical equipment for VA patients using government purchase cards. The charges allege that Lee and Dyson schemed with coconspirators who owned or operated medical supply and distribution companies, in some cases placing orders for unnecessary and more costly monthly rentals of medical equipment, rather than purchasing the equipment as VA physicians had ordered. The scheme fraudulently caused the VA to overpay one company by more than $1.38 million from 2016 to 2020. Lee and Dyson pocketed kickbacks of at least $220,000 and $39,850, respectively.

From fraud to theft, we find another VA employee improperly taking advantage of their position for personal gain.

Former VA-certified registered nurse anesthetist, Elizabeth Prophitt of Saline, Michigan, was sentenced to three years’ probation for stealing controlled substances, including several opioids, from hospital-dispensing machines. Prophitt pleaded guilty to five counts of obtaining controlled substances by fraud, misrepresentation, or deceit. She used her position as a surgical nurse to steal more than 2,000 vials of Schedule II and Schedule IV controlled substances, which included fentanyl, hydromorphone, morphine, and midazolam. Prophitt would use protected patient information and falsify medical documents to obtain the controlled substances. Instead of using the medication on patients, she diverted the drugs for her own personal use.

For all those people who shudder when they think of how porous the government is in protecting personal identifiable information (PII), the following should alert and provide more fodder to end the political ambitions of representatives who continue to refuse to do their jobs!

Five out of seven conspirators were convicted for their roles in a scheme to defraud the VA and the Social Security Administration of more than $1.8 million. A Florida jury found Omar Shaquille Bailey and Ronaldo Garfield Green guilty following an eight-day trial, while a third codefendant, Jamare Mason, pleaded guilty on the second day of trial. Two other codefendants, Kadeem Gordon and Mario Ricketts, had pleaded guilty prior to trial, while two remaining codefendants have yet to be apprehended. The members of this conspiracy obtained the personally identifiable information of disabled veterans and Social Security beneficiaries and used this information to fraudulently open bank accounts and prepaid debit cards. They also forged documents in the victims’ names that directed the VA and the Social Security Administration to deposit benefit payments into those fraudulent accounts. The defendants and their coconspirators withdrew these funds from ATMs and banks throughout South Florida and Georgia for their own personal use. Much of the funds were ultimately funneled to the architects of the scheme in Jamaica. The five guilty defendants are awaiting sentencing.

Please remember, an indictment is not a conviction, and every person is allowed their day in court, in front of a jury of their peers, before sentencing and judgment is passed.  With that said, the following indictment is pretty compelling.  If found guilty, may the defendant be forced to do community service in distinctive clothing, in a public place, and carrying a sandwich board detailing their crimes.  Inexcusable and unforgiveable are terms not used enough for some crimes!

Rosemary Ogbenna of Washington, DC, was named in a 35-count indictment for allegedly carrying out a scheme to steal more than $400,000 in government benefit funds provided by the Social Security Administration (SSA) and VA. According to the indictment, Ogbenna operated a rooming house business and perpetrated the scheme to target some of her tenants. She obtained and maintained control over SSA and VA benefit funds intended for the care of elderly, mentally ill, disabled, and veteran beneficiaries, and used the funds for her own personal use and benefit.

The Raymond G. Murphy VA Medical Center (VAMC) in Albuquerque, NM is in the news again.  No surprise if you, like me, are familiar with the conditions and leadership at this VAMC.  Unfortunately, another veteran has died due to the malpractice and malfeasance, abuse, and lack of leadership in the VA.

The VA-OIG determined that poor oversight of resident physicians (residents) likely contributed to the patient’s delayed lung cancer diagnosis. A resident ordered an abdomen and pelvis computed tomography (CT) scan. Although a follow-up chest CT scan was recommended within 90 days, it took 175 days to complete. The chest CT scan results included resolution of a spiculated lung nodule and worsening of opacities in the lung representing a cavitary infection or cancer, and a positron emission tomography/CT (PET/CT) scan was recommended. The follow-up PET/CT scan showed a lesion in the right lung, but a biopsy was not done. The patient was examined and diagnosed with cancer at a non-VA hospital.

The VA-OIG concluded that deficiencies in care coordination between Primary Care, Pulmonary, and Emergency Departments’ staff also contributed to delays. In addition, contract teleradiologists did not use available prior images for comparison.  The facility failed to use quality management and patient safety processes to evaluate the care of the patient.

Here’s the kicker, and it should infuriate every taxpayer in America.  The Raymond G. Murphy VAMC was recently found to be meeting all SAIL metrics in a comprehensive healthcare inspection completed by the VA-OIG.  SAIL metrics are how the VA leadership are measured in being knowledgeable and competent in these positions.  Check out the link on SAIL metrics for more information.  Leaving only one question, “How can the VA leadership be found competent, and still be killing veterans?”

When discussing the abuse of veterans and the failure of VA leadership, it never ceases to surprise me the utter half-truths, bloviations, and oratorial yoga, and logical pretzel twisting that is accepted by the US Congress.  The following link takes you to a list of witness testimony given by VA-OIG representatives to the US Congress.  If these “witness” statements leave you sick and mentally struggling, don’t say you were not warned.  The VA-OIG, like the VA, is replete with verbal contortion performers and nowhere is this most noticeable than in “witness” testimony!

Regarding verbal chicanery, oratorial yoga, and despicable verbal gymnastics to provide job security while taking zero action, here is the link to the Semiannual Report to Congress by the VA-OIG.  Don’t say I didn’t warn you, the bureaucrats are out in full force and are playing every card in the deck to protect themselves from Congressional Scrutiny, while attempting to pass themselves off as honest, fair, and doing a good job for the American People.  The problem is in Congress not properly scrutinizing these shenanigans and demanding compliance with the law!

The remaining 15 notifications from the VA-OIG are the standard reports on comprehensive healthcare inspections (CHIp) where leaders are measured, never found wanting, even though too often the leaders are failing and useless.  Other notifications included the audit for data security and IT measures completed by a third-party auditor, and which the VA continues to fail but Congress refuses to hold people accountable.  The third and final series of notifications in this batch were several dealing with individual VISN level of local VAHCS/VAMC level inspections on specific topics, such as COVID response, supply chain failures, and other issues.

Unfortunately, the answer is always the same the leaders are inept, inadequate, and incapable of initiating change before a veteran dies, before fraud and abuse occur, or before the VA-OIG makes an attempt to inspire change.  Not that the VA-OIG is very capable or properly equipped to inspire change, simply that the VA-OIG made an attempt.  The root cause remains clear, Congress refusing to do their job has led to the US Military Veterans being actively abused by the Department of Veterans Affairs.  Lackadaisical scrutiny, politicization, and two recent presidents who allowed Congress to label the US Military Veterans as “domestic terrorists,” have had detestable consequences for the American Taxpayer and the US Military Veterans and their families. 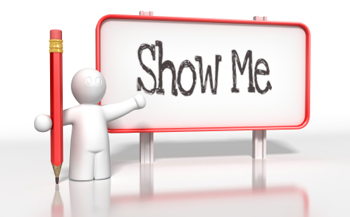 Are you sufficiently inspired to change how you vote, demand elected leaders to act, and improve how the government in America from the city/county to the US President operates?