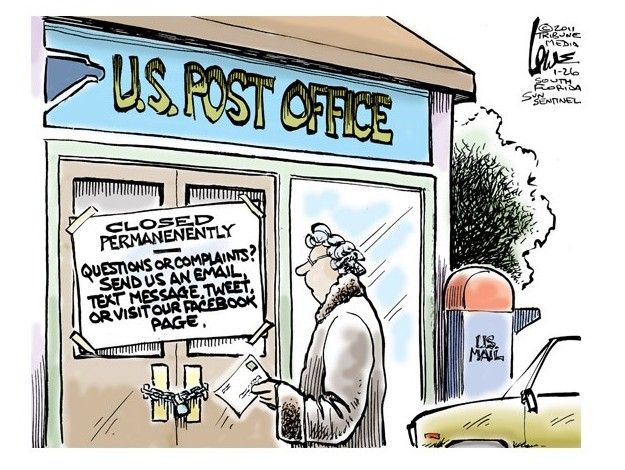 By now, it is apparent that the USPS has utterly failed in its primary job of delivering the mail.  That the US PS has been failing for my entire life is a topic the politicians do not want to discuss.  That the business model the USPS is based upon has never been a profitable one, the overhead is disastrously expensive, and the labor costs beyond exorbitant are also not topics the politicians ever want to discuss.  They prefer smoke and mirrors, purple squirrels, and Hollywood celebrity scandals to actually doing their jobs.  But, I digress; last week, the USPS announced that postal service would revert to the slowest it has been since the 1970s, and the cost for that dismal service is going to increase dramatically.

All weekend the reasons for the USPS being in this fix have been stewing in my mind, and I would like your insight as I discuss the main reasons why the USPS is in such bad shape.  Feel free to disagree.  Feel free to comment.  Feel free to ask questions and research further.  To my mind, the most damning problems to the USPS come from the following areas, too much overhead, labor union expenses, business model, and no clear political place in government. 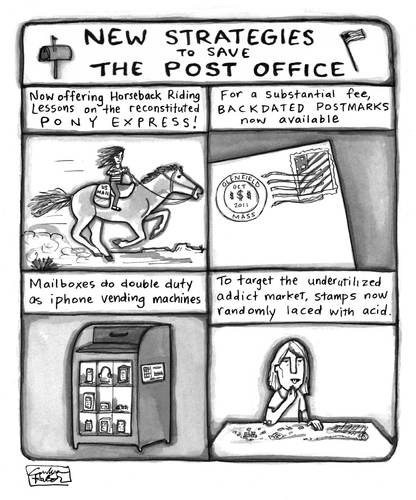 Let’s get something clear, the labor unions in government are living high on the hog of taxpayer forced taxation and mandated union dues.  Consider the following comment from Representative Dennis Ross.

Here’s the rub in comparing UPS, FedEx, and USPS; they are not apples and apples; it’s more like apples to rocks.  Why?  Because UPS and FedEx must show a profit to shareholders at the end of the year; thus, anytime USPS runs into an unprofitable situation, they rely upon USPS to fill the gap.  FedEx operates slightly differently based on its business model. From observation from living in extreme rural areas, it does not appear to rely upon USPS as often to cover the gaps in service. 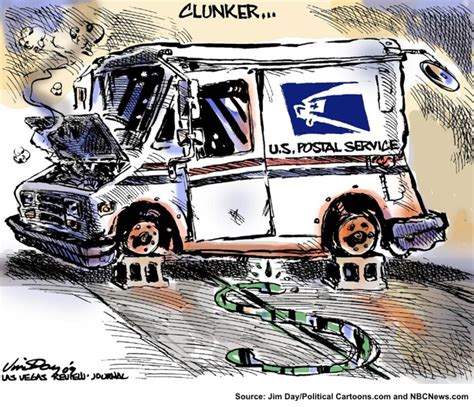 Hence, if we take Rep. Ross’s statement as accurate, Congress is to blame for some of the added expenses the USPS incurs and the hidden taxes the taxpayer pays to interact with the USPS.  This is why the place in government is such an influential portion of this discussion.  Congress has been pushing the costs of regulating the USPS onto the taxpayer as a hidden tax since the USPS was started. This is unacceptable, especially since the taxpayers did not have a voice in allowing the USPS to become unionized, tripling labor costs year-over-year. 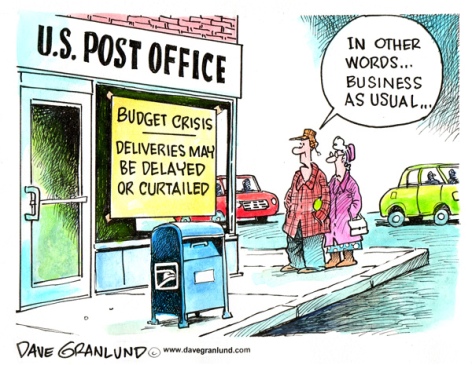 Please note, when discussing labor costs tripling, we are not just discussing wage earners’ take-home pay.  Labor costs, as shown above, include those six items, plus a host of labor union contracted benefits, plus retirement benefits, plus administrative staff to handle these benefit packages, the regulatory burdens, the reporting burdens, and much more.  Thus, while comparing UPS, FedEx, and USPS is unfair and illogical, the labor costs are pretty close to accurate even though they cannot be compared due to business model, Congressional reporting, and quasi-governmental meddling by politicians.  Any company with 80-82% labor costs will be struggling with labor problems and turning a profit.  Labor costs, fed by a labor union, are a reality that needs rectification and addressing. 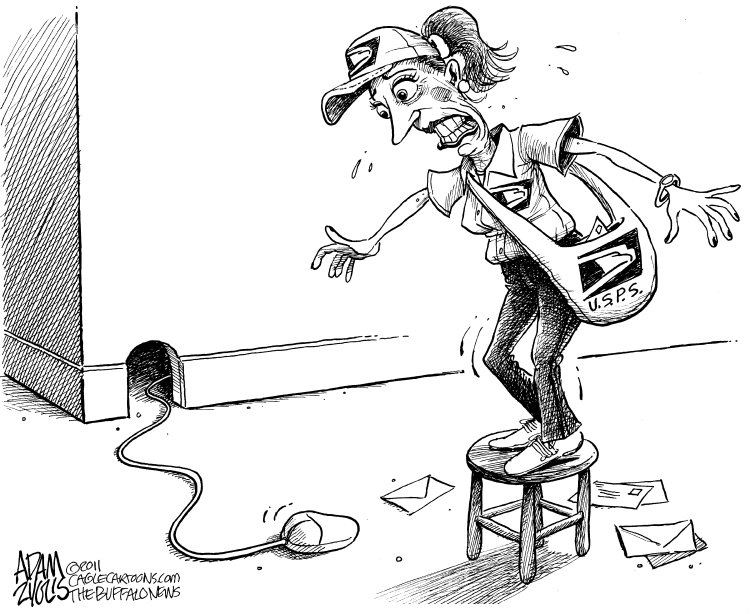 2009 the USPS paid a lot of money to have their business model reviewed, and the result was an excellently written document that outlined two potential steps for the USPS to take.  Where is the USPS in adopting either of these actions in 2021; nowhere!  Why has the USPS not taken any action on this document since 2009; Congress!  Item number six in labor costs continues to rear its ugly and monstrous head, and the problem is not so much on USPS; although they indeed share the blame, Congress continues to drag its feet and refuses to scrutinize the government appropriately. 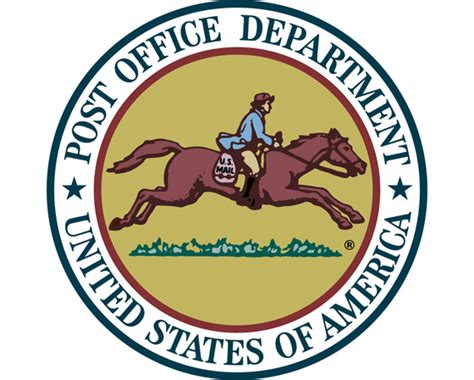 When discussing the USPS business model, the industry is discussing “optimizing the last mile” in the supply chain.  That last mile is where the USPS has traditionally filled in the gap and made the final customer delivery.  However, USPS is inefficient, costly, and labor-intensive.  Yet, until science fiction realizes a Star Trek-like replicator in every home, optimizing the last mile is the discussion we need to be having, and solutions are available!

The 2009 business model review offered franchisee options as a business model — what a novel idea.  Imagine getting your mail on your commute route, no more having it delivered to an apartment box, packages waiting on a doorstep for thieves, stop by a convenient place on your regular commute route, and get all your mail.  Why not have your mail delivered to your office?  Then your office mailroom becomes an arm of the post office; it can sell stamps, handling packages, and then you do not have an extra stop at all.  Talk about an employer-based incentive!  Better still, for a fee turning over retail establishments to non-profit groups for work programs.  Guess what; that has the benefit of increasing public outreach and building communities.  Yet, the USPS languishes because Congress refuses to take up serious topics, and our tax dollars are squandered! 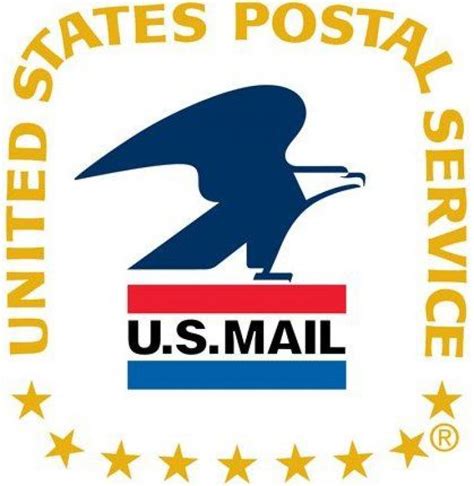 Read the US Constitution, the US Bill of Rights, other founding documents, wherein is a postal service discussed?  Find me the article claiming we need a Federal Postal Service.  Name me the reason why the Postal Service is required.  Selling stamps, that can be done using a myriad of different methods.  Sending packages, mailing letters, again, many other options are available.  Passports, hundreds of other options are available; why not put that into DMV’s across the US?  Why not simplify the Passport process entirely? 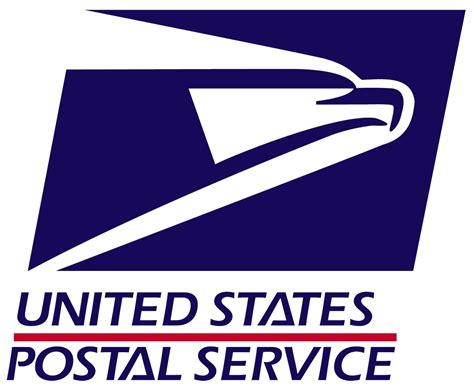 When was the last time the USPS had personnel layoffs to balance their accounts?  1970, under President Richard Nixon, USPS had a strike, got a unionized workforce, and, as they call it, “a living wage.”  From 1970 to 2021, there has been nothing but problems in the USPS; from retirement benefits costing too much, to labor expenses, to Congressional expenses increasing year-over-year, the overhead does nothing but balloon.  I was recently in a flagship USPS for Phoenix, AZ.  The building is a disgrace, the parking lot is neglected, the lobby is dark and missing half the materials, no forms, no boxes, everything is behind the barred and locked counter, and the retail associates are criminally negligent in their duties.  What’s worse, this was a good USPS office to visit in Phoenix, AZ.

Take an honest appraisal of your local USPS and ask yourself, are your taxpayer dollars represented in your USPS in a manner acceptable to you?  I visited a USPS in Las Cruces, NM.  The design of the building lends a bright feeling to the building atmosphere; the retail area is small and naturally illuminated.  Same problem with retail associates, but not as noticeable.  However, this was also before the latest changes from Washington, where the employees were told it was okay to work slower and charge more. 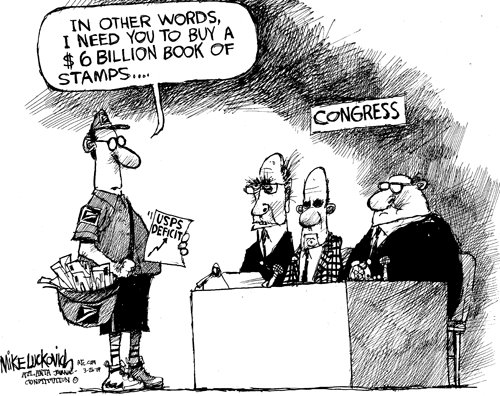 It is my personal opinion that the USPS has outlived its usefulness, and it is time for the USPS to be eliminated from quasi-government offices of the United States.  Nothing fruitful can be gained from continuing the charade of the USPS.  Congress needs to return to the states the ability to issue addresses and organize their communities and end the USPS debacle!