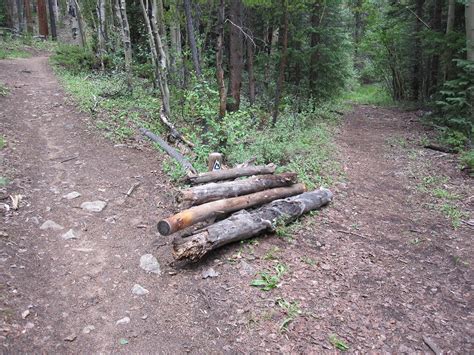 On 01 July 2021, I first wrote an article regarding how there are no more safe paths, no more neutral zones, no more areas of peace to rest upon.  After the last 15-days, the world has witnessed this reality, and I revisit this topic to issue a plea.  Today, make a choice.  Tomorrow go to work implementing that choice.

In mentioning the following, I am not discussing religion but social history.  The Church of JESUS CHRIST of Latter-Day Saints holds sacred “The Book of Mormon: Another Testament of JESUS CHRIST” as holy scripture.  The book contains a record of a civilization ruled by kings; then, the king proposes a society ruled by judges where their own conscience and written laws govern every person.  Both systems of government worked well.  The reign of the judges ends in chaos when the chief judge is murdered, and the people break up into separate tribes.  That is a couple of hundred years of history boiled into a few brief words; however, the pattern holds true for several other societies not recorded in books considered holy scripture.  I find the following fascinating as a template for the current time the world finds itself facing.

Why do societies fail?

Most societies fail because leaders have violated the core fundamental principles those societies were built upon. The people have lost the way to hold the leaders accountable to the fundamental principles that originally built the society.  In modern societies, these principles are codified laws from founding national documents, and holding the leaders accountable would involve lawyers and judges, as well as time and other leaders committed to holding together the system to ensure those who broke the system are held liable and accountable before the law, and not a mob.

Pick an empire, Rome, Greece, Israel, Egypt, Nephite, etc., all of them suffer the same fate as they crested the height of their time and slid into failure and ruin.  The leaders failed the people.  The government decided they did not have to perform their only job, to look out for the safety and security of the people, and the people died, and the government fell into ruin.  What have we witnessed across the globe, governments not listening to their people, refusing their people, and denying rights and liberties to their people in the name of personal power, wealth, and highly temporary fame.

Australia and New Zealand, the COVID measures are so beyond the pale horrific, and totalitarian that the government is doing more harm than the disease the government proclaims to be fighting.  China has blatantly broken the treaty with Hong Kong.  Nobody outside of Hong Kong appears to care enough to issue strong demands, let alone support Hong Kong’s citizenry in reclaiming that which is their right by treaty.  North Korea continues to vacillate and sway to whatever music China plays in the hopes of catching scraps, as their people suffer and die from malnutrition, disease, and neglect.

Head into the Middle East, and that powder keg is going to blow again real soon.  Terrorists in Afghanistan never stay in Afghanistan, and now with a pipeline to China, money, and weapons from America, and new ways and means to launder money, how soon before the Middle East becomes a free-fire zone, the European mainland becomes a terrorist free-for-all shootout to rival America’s Wild West, and Africa descends into more tyranny and villainy?

Where are the leaders of government?  Where are the government representatives?  Our globe has changed since 2000; the hoped-for peace from the end of the last century has turned into a blood bath of terror on a global scale fed by low-intensity conflict (LIC).  Just as major international conflicts dominated the previous century, this century is being dominated by small brushfire LIC conflicts.  Our modes of war must change, our governments must adapt, our societies must change, and we are 20+ years into the new century.  The government still thinks this is 1995, money is free, music is 1980s good, and the future is bright and happy!

The Decisions for Today

What do you want most?  What government is most important to you?  Is your government system sufficiently powerful enough a motivator to propel you to action to save it and pass it along to the next generation?  America has had leaders who have been quoted as saying something to the effect of, “The blood of current generations must renew the tree of liberty to remain free.”  What will you sacrifice for liberty today, for your children to experience freedom tomorrow?

LIC is here to stay.  LIC will be the “gentlemen’s war” of this century.  Where the wealthy pool resources and purchase mayhem and destruction for their pleasure.  If society does not change, all representative governments will be lost in the turmoil created by these “children having fun.”  Worse, those little fracases could become full-blown international conflicts with nuclear weapons very easily — all based on the WWI model of human ineptitude and our human weakness for killing ourselves.

The decisions are yours, and yours alone to make.  Collectively, your choices will move you into one of two groups, those fighting for representative government and those opposed to representative government.  Truthfully, do not expect to experience peace; there are no safe paths, no routes through tulips and rainbows on gossamer wings of spun sugar plums.  The enemy is awake; the enemy has prepared a legion of useful idiots and ivory potentates to give orders.

But, the decisions must be made, and the sooner the decision is made and communicated, the easier life becomes, for then you know your purpose!

The Actions for Tomorrow

Act with haste, prepare with confidence, and move with speed.  Get loud!  Stand like a rock!  I was told standing is not an activity.  The person proclaiming that has never stood still and faced down an enemy, or they would know just how arduous standing can be!  Seek learning through study, discussion, questions, and faith.  Seeking learning through faith means that you will actively believe until you can prove otherwise, even if it means waiting patiently for a while to learn more.

I learned this principle in the US Army.  I fully did not expect to learn this lesson, but learn it I did.  I believed in the chain of command.  Basic Training and Advanced Individual Training did nothing to dissuade that the chain of command needed to be accepted, supported, and obeyed unquestioningly.  Then I got to my first duty station and began learning my role in the chain of command as an active participant.  First, I refused to believe, then I believed in faith, then I tested and learned, then I acted above and beyond my rank and got swatted down for breaking the chain of command.  Always the same counsel, you are a great soldier/sailor, but you make decisions above your paygrade, and this rubs higher ranking people wrong.  My response, how am I responsible for the choices and consequences of those higher in rank choosing to be offended?

Everyone is now in the same boat; the chains of command cannot be trusted.  We must each think and act for ourselves for the betterment and security of our country, families, homes, freedoms, and the next generation.  We must each choose to throw off the shackles of the past, learn the lessons of history not taught in school, and then act to save the best in our societies before the wolves of terrorism steal everything.  We each must become the sheepdogs of war!