Paul Harvey is a hero of mine.  I miss his voice on the radio.  He exuded a calm demeanor, regardless of the terror, the trials, and the terribleness of the news reported and discussed.  I do not have Paul Harvey’s sense of calm.  When I heard about the beheading of a woman in America, in broad daylight, by an illegal immigrant who has been on a one-man crime spree from El Paso to Minneapolis since 2007, my cherub-like demeanor took a tremendous hit.

The Department of Veterans Affairs (VA) – Office of Inspector General (VA-OIG) reports on a couple from Kansas who are flat out despicable, faking blindness to increase disability payments from the VA and Social Security.  Frankly, I hate liars and thieves and agree to the restitution ordered, but I do not agree that the couple deserved probation.  Stealing benefits should come with more than simple probation and restitution.  Where is the community service in distinctive clothing and sandwich boards declaring they are thieves?

However, this couple represents a symptom, not the disease of the VA and Social Security specifically, and the Federal Government generally.  When leaders act reprehensibly, criminals will test the system to find weaknesses and attempt to benefit from leadership failures.  The disease of poor leadership has far-reaching consequences, and criminal activity is not unexpected.  Who is addressing the disease?  When will the citizens of America receive justice to see the healing of the illness that has captured the government?

Imperative to understanding, Military sexual trauma (MST) experienced while serving in the military affects both women and men with potentially severe and long-term consequences. Psychological trauma, such as MST, also increases the risk of physical health conditions such as cardiovascular disease, stroke, and diabetes.  The Veterans Health Administration (VHA) requires that each facility has a designated MST Coordinator with at least 20 percent of their time dedicated to protected administrative time.  For the record, “protected administrative time” is the time required to be spent on administrative duties, writing clinical notes, ordering supplies, scheduling appointments, administrative responsibilities, and so forth.

In 2018, the VA-OIG discovered just how detestable and deplorable the VBA’s processes and procedures were for military sexual trauma (MST).  Having been a victim of MST, this issue is of particular interest to me, and I continue to follow this issue closely.  I wish I had some encouraging news on this issue, but the VA-OIG found:

“… Processors did not always follow the updated policies and procedures. VBA leaders did not effectively implement the VA-OIG’s recommendations and did not ensure adequate governance over military sexual trauma claims processing. The VA-OIG concluded that VBA was not properly implementing the recommended changes.”

In 2016, when claims were being improperly and prematurely denied, the problems were considered a lack of training, a lack of policy, a lack of procedures, and comprehensive guidance was needed.  In 2018, additional training and guidance were needed, time, and leadership were recommended, even though claims were still improperly and prematurely denied.  In 2021, it is now blatantly obvious we have a systemic failure of leadership at the VBA to process claims in a manner that is conducive to good order and discipline!

On the same day, this investigation was released, the VHA investigation results for MST coordinators were released to the public.  I bet you can guess what was found, but let’s allow the VA-OIG the opportunity to detail the failures:

“The VA-OIG conducted a national survey and interviews to evaluate MST Coordinators’ duties and perceived challenges.

Did you catch that final point?  Resources are not being adequately provided based upon patient load to locations where veterans need care.  Another symptom of leadership failure, being designed into the organization as a policy and working procedure, meaning this is designed incompetence!

Here’s the biggest rub, a veteran can be receiving care from the VA for MST at the VHA and still be denied MST on a VBA claim.  I have not heard it working in reverse where a claim is being paid, but the VHA refuses care, but given the failures of the VA as an organization, I would not be surprised to learn this was occurring.  How do I know that care can be provided for MST and not be allowed on a claim?  I am among a number of MST victims, all-male, who have been regularly denied VBA claims but are receiving care for the psychological harm.  Veterans talk to each other.  I have heard the stories of fellow veterans being attacked, assaulted, molested, drugged, raped by male and female attackers, and heard how the VBA had revictimized them.

What’s worse, MST leads to PTSD, and people are suffering PTSD from a number of traumatic events not receiving care or benefits because the VA refuses to acknowledge these problems.  Admitting a problem is the first step in addiction programs; well, it is also the first step in healing leadership failure, and the VA is suffering from dynamic leadership failure at every level!  Know a veteran whose story needs to be told, refer them to me; let’s get this information out.  I am sick to death of the VA getting away with murder. 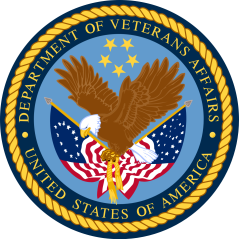 This week, the final three emails from the VA-OIG reflected a VISN wide comprehensive healthcare inspection (CHIp) conducted virtually, a VAMC/VAHCS CHIp conducted in Spokane, Washington, and a program report on the failures in the Veteran-Directed Care Program.  The most interesting finding in the CHIps was how short the leadership teams had worked together, a month, and how many open positions for leaders there were, more than half.  Talk about glaring symptoms of leadership failure, were the leadership teams broken up from employee turnover?  If so, did the employees retire, or were they retired to avoid criminal convictions?  With all the investigations for fraud, as discussed on these pages frequently, I can only guess how leaders churn in a VAMC/VAHCS/VISN.

Believe it or not, the Veteran-Directed Care Program is full of faults, problems and is suffering from a lack of leadership as the program balloons.  Color me shocked!  Surely, somewhere in the VA, if only to screw with the gods of perversity and Murphy their prophet, there must be a functioning and well-led program, department, office, etc.

It is so absurdly depressing to catalog these failures of leadership week after week and never see any improvement.  We see increasing failures, we observe heightened criminal activity, there is undoubtedly raised awareness of needs and moral distress in abusing veterans, but where is the improvement towards achieving excellence?  Where is Congress in scrutinizing the legislative branches, officers, and leaders?

If a congressional representative can order the VA-OIG to investigate the MST Coordinators, which they did, where is Congressional action on the results?  Surely this is not too difficult a question to ask.  Better still, where is Congress?  I have now reached out to all the elected Federal officials in Arizona, Texas, and New Mexico.  Texas, because that is where I have been forced to receive care from.  New Mexico because I now live here.  Arizona because I was physically injured by VA employees there.  The amount of interest received has been less than zero!

How can interest be less than zero, you ask.  Well, while I have not received any response to my original complaints, I have received a TON of marketing materials about how those congressional representatives “Care about veterans, the community, pets, animals, and America.”  Maybe, not always in that order, but absolutely with less sentiment than I have for the weeds growing on my sidewalk!  Thus, I ask again, with all sincerity, where is Congress in scrutinizing the government?  I demand to know the “Rest of the Story!”