The Department of Veterans Affairs (VA) – Office of Inspector General (VA-OIG) has released the details of an investigation into a veteran’s death.  The scope of the investigation included several key items, but the main point was that a nurse failed to contact the patient, the patient went without medication for four days, and on day five, died.

“The facility conducted an internal review of the patient’s care. The OIG found that the review was incomplete and included inaccurate information, and leaders were unable to determine if an institutional disclosure was warranted.”

Failing to coordinate care is a leadership issue, and the leader’s failures caused a veteran’s death.  With more veterans using community-based care options, VA leaders must coordinate care more specifically, that medical records are shared timely, and communication occurs.  We are several years into expanded community-based care options for veterans; why has the VA not made progress on this issue to date?

Personal storytime, no VA-OIG investigation.  I was forcibly moved from the Las Cruces community-based outpatient clinic (CBOC) to the El Paso VAMC due to the felonious and fallacious charges of being a behavioral problem in Phoenix VAMC because I cannot physically and safely wear a mask.  My new primary care provider, a nurse practitioner, sent me a letter dated 23 July 2021, almost a month after I submitted documents for completion, informing me they do not feel capable of making a medical determination on my ability to drive.  I had submitted some documents from the NM DMV to get a handicap placard and medical clearance for diabetes and my neurological condition.  A medical professional is not capable of making a medical determination.  Oh, the irony is thick with this one! 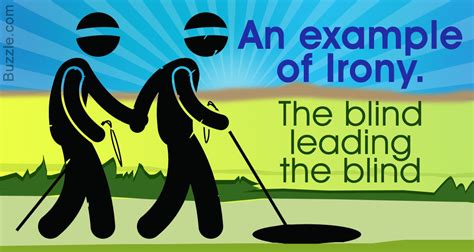 The El Paso VAMC spearheaded a program for the VA to begin using nurse practitioners and clinical pharmacists as primary care providers to “reduce the burden” on actual medical doctors.  If the nurse practitioner felt medically incapable of making a decision, where was his supervisor?  Where was his leadership support team?  Is the problem with using no medical doctors clear?  Leadership issues abound, and nobody in Congress is taking any action.  Nobody in the VA’s highest echelons of leadership is taking any steps to correct the local and VISN level leadership problems.  Who suffers; the veterans and their dependents!

Back to recent VA-OIG investigations, we find a doctor from Florida sentenced to six years in the federal prison system, plus restitution and asset forfeiture.  From the record, we find the following:

“To attain such high volumes of claims, the conspirators used bribes and kickbacks. Specifically, Davidson and his conspirators illegally purchased thousands of DME claims from so-called “marketers.” The marketers, for their part, had generated the claims under the guise of “telemedicine,” but no telemedicine had occurred. Instead, the “marketers” had bribed doctors to sign the DME brace orders that supported the claims. Davidson and his conspirators paid millions to secure the illegal DME claims for submission to Medicare and CHAMPVA.”

How many conspirators are Federal Employees?  How many are leaders of Federal Employees?  Who else knew and profited, and when will they be held culpable for the crimes committed?  Dr. Richard Davidson (42) had a lot of help to build a $20 Million healthcare fraud scheme; a lot of that help had to come from Federal Employees.  When will government employees finally start being held responsible for the problems they perpetuate?  Where is Congress in scrutinizing this case and demanding the legislative branch take action to stop the fraud?

Traveling to Puget Sound Healthcare System in Seattle, Washington, we find the VA-OIG neck-deep in conducting a comprehensive healthcare inspection (CHIp).  “The Director and the Chief of Staff had served since 2017, the Deputy Director for Patient Care Services and Associate Director had been in their positions since 2018, and the Deputy Director had served since 2019. Survey data indicated opportunities to improve employee satisfaction and reduce feelings of moral distress. Patient survey results showed that individuals were generally less satisfied with their care compared to VHA averages” [emphasis mine].  More thick irony is being dished out here.  Never will the VA-OIG find employees feeling morally distressed and patients being highly satisfied with their care.  There is a causal relationship between the level of moral distress in employees and lack of satisfaction from patients, and the problem is found in the leadership at the local VAMC/VAHCS level!

Never forget, the Puget Sound VAHCS is where the wait-list death scandal began before that hospital director was moved to Phoenix.  Thus, to hear of employees still feeling morally distressed in this VAHCS is not surprising, alarming, but not surprising!  To hear that patients still feel cheated is expected, as the VA leaders who took over after the wait-list scandal had been raised in a culture of corruption, where the honest left and the dishonest and disrespectful remained.  Some of the VA-OIG’s recommendations include patient follow-up and exit reviews, care coordination, medication management, and patient safety.  All of which are symptoms of poor leadership!

My wife just asked me a pertinent question, “Can you trust the VA to provide you honest care?”  No, I cannot.  Yet, due to ObamaCare, the cost of seeking outside medical service is so astronomical I cannot afford to participate in my company’s medical insurance plans.  The VA has a dearth of leadership, coupled with too many managers, lawyers, and labor unions.  Yet, who does a veteran complain to?  Congress is deaf to our pleas.  The VA in Washington is missing in action 100% of the time.  The veteran service organizations are all geared to helping get veterans enrolled into VA benefits.  Lawyers cost too much.  The VA-OIG is limited to making recommendations, and the government protects its own against litigation.

In a representative government, the highest authority is the people electing officers to government.  Well, I continue to appeal to my fellow veterans, their dependents, and ordinary citizens.  Please, help change the VA!  Vote new blood into a public office dedicated to correcting and scrutinizing, not writing endless legislation that costs too much and increases debt.  Vote new judges into office who will see the problems and not employ judicial overreach to handle issues.  Demand accountability from elected officials.