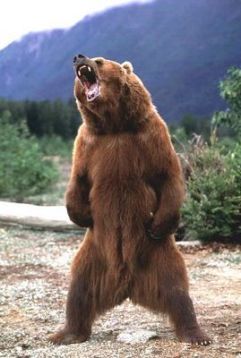 The Department of Veterans Affairs – Office of Inspector General (VA-OIG)-released six investigation reports in the last two days.  Each one is mentally breathtaking at the egregious behavior of bureaucrats!  Stupidity that is so repugnant it breaches the laws of morality and leaves the reader stupefied.  Every year, for the last decade-plus, the behavior of the Department of Veterans Affairs (VA) has become more obscene, more outlandish, more detestable, and more openly hostile towards veterans; it sickens me to read the investigation reports, write, and catalog these abuses!

Beginning in Queen’s, New York, we find another dead veteran that should never have died the way they did.  Improper feeding by a registered nurse (RN) at the New York Harbor Health Care System’s Community Living Center (CLC) contributed to the death of a patient.  Let that sink in for a moment, for the rest of the report only goes downhill from this point.  My time in medical training was replete with the following aphorism, “If it is not written down, it NEVER happened.”  The nursing staff failed to document meals properly. The electronic health record (EHR) was inaccurate and flawed, hindering resuscitation, which was poorly documented, and institutional disclosure acted more like CYA than a medical file.  People should have been fired and up on trial for this type of scandalous behavior, especially since a veteran died from this abuse and neglect.  But the VA-OIG made their recommendations, the leadership accepted the recommendations, and nothing else will happen.  Nobody but the family cares the veteran died needlessly and at the hands of the medical professionals.

Adjectives elude me.  The behavior in Queen’s is appalling, even for the VA.  Unfortunately, the list of ineptitude only gets worse!

Next, we travel to Austin, Texas, and discover yet another office of information technology (OIT) failing to work, secure data correctly, and protect veterans’ information, as demanded by legislation!  The VA-OIG and the local OIT used the same tools, and the local OIT only identified 150 problems, whereas the VA-OIG OIT inspectors found 246.  Improper sanitization of media was a pronounced issue, where patient load is upward of 300,000 annually.  Inventory practices were noticeable and apparent.  Worse, patch and vulnerability programs were practically non-existent if I understand this report correctly.

If you have read any of these VA Chronicles, you will know that the VA has not passed a Federal Information Security Modernization Act (FISMA) audit, ever!  The head of IT was recently in front of Congress to testify why, and the explanations were milk toast adequate at best!  But, the elected officials bought the excuse, hook, line, and sinker, as always, and the president wants to spend more money on the VA.  What a cathartic example of why elections matter!

Next, we travel to Detroit, Michigan, where a “comprehensive healthcare inspection (CHIp)” was performed at the John D. Dingell VAMC.  Before I even read the report, I knew it would say; opportunities exist to improve employee and patient experience.  Knowing veterans who are “served” at this VAMC, this was an obvious guess!  Again, we find “moral distress” in the workforce, signifying that the employees feel pressured to do everything but what is ethical, legal, moral, and appropriate for the patient at this VAMC.  Yet, the leadership team was rated as stable and doing a good job!  Quoting Colonel Potter from M*A*S*H here, “HORSE HOCKEY!”

I will be explicitly clear if a single employee feels “moral distress,” there is a leadership problem, and the leadership is criminally negligent in their duties to oversee staff leaders, supervisors, team leads, and training personnel!  This is not the first time “moral distress” was a point of discussion in a CHIp; but, the fact that this problem remains widespread and apparent does mean the problems are originating at a level higher than the VISN, and all the VA and VHA leadership should be losing their jobs!  Enough is enough, and the elected officials need to be scrutinizing the government before they lose their next election!

Having been an employee of the Department of Veterans Affairs, working in the Emergency Department of the Albuquerque, NM., VAMC, this next story is exceptionally aggravating and extremely distressing.  The VA-OIG determined that the entire Veterans Health Administration (VHA) needs to better monitor, record, and document the timeliness of care and patient flow in the emergency department.  Having waited for more than 14 hours in a VA Emergency Department while waiting for care, I know first hand the problems of the Emergency Departments, and I know a lot of the reasons why the documentation is fouled and the flow of patients is amateurish, at best!

I worked the shift where a regular, homeless veteran, wheelchair-bound, had fallen and broken his leg.  He waited with his broken leg swelling, stuck at an odd angle, and in obvious distress for more than 6-hours because the head nurse that day had a personal grudge against the veteran!  I saw how the charts were “adjusted” for timeliness of care, and I reported the problems up the chain to no avail!  I had witnessed nurses harangue patients, gossip about them, chart surf in violation of HIPAA, and never was anything done by leadership when it was reported.  A patient sat in an expedited treatment room for four hours, listening to the nurse’s gossip and joke, awaiting stitches for a bleeding wound, and never was treated.  All because the day shift was getting off and didn’t want to be bothered to treat the patient.  The patient’s family reported this behavior to me as they were leaving for a better hospital.  I reported the whole incident, included the family’s description, added my observations.  The leadership shook the whole incident off as a disgruntled employee (blaming me) making a less than desirable situation worse.

The VA-OIG collected data on an issue of grave significance from 58 VHA outpatient clinics’ regarding emergency preparedness for the delivery of telemental health care as of November 1, 2019. The review focused on clinic-specific emergency procedures, emergency procedure roles and responsibilities, emergency contact information of staff, and patient safety reporting methods.  Not included in the scope of the review was the quality and quantity of telehealth appointments.  I mention this oversight as the technical problems in receiving telehealth appointments are sub-par, at best, which would have seriously skewed the data.

The VA-OIG sent out 333 questionnaires, receiving a total of 187 responses, from the 58 identified clinics, and identified the following:

Consider for a moment; you are a family member of a veteran needing telehealth mental support.  Now, how do you feel to know there are no written processes or procedures to support the telehealth provider if your family member gets into a mental health emergency.  Time is critical in mental health emergencies; I know this from personal experience as both a provider and a patient, and for these plans, procedures, and processes to be missing is the height of malpractice!  Would someone please tell me why elected officials and the media are not screaming mad at this particular report?  Especially since the proposed budget from the president wants to double suicide prevention spending at the VA.  I read this report and see that the VA-OIG made five recommendations.  Are you freaking kidding me?!?!?

Finally, we go to Hawaii and confront the most detestable, outside of the dead veteran, issue possible, failure of the National Cemeteries Administration (NCA) to properly care for the remains of veterans, qualified spouses, and dependents.  The NCA awards grants to states to build cemeteries where a veteran, qualifying spouse, and dependents can be laid to rest outside a national cemetery.  From the VA-OIG report, we find the following, emphasis mine:

“Grants may be used to establish, expand, or improve veterans cemeteries. The VA-OIG audited the program to assess NCA’s governance and oversight. The audit team also assessed whether critical non-compliance issues at two cemeteries in Hawaii were addressed. The VA-OIG found grants program staff did not rank and award some cemetery grants as regulations required. After grants were awarded, program staff generally ensured cemeteries used grants for their intended purpose. However, NCA did not ensure cemeteries with grants met all national shrine standards for installing permanent markers, maintenance, and safety. The audit team observed non-compliance issues at eight state cemeteries, including critical issues in Hawaii’s Hilo and Makawao cemeteries. As a result, NCA lacks assurance that veterans and family members buried in state veterans cemeteries have been appropriately honored with timely and accurate grave markings, burial locations, and maintenance.”

NCA, you have one job, ensure the remains of veterans and qualifying spouses and dependents are adequately remembered, safely entombed, and marked appropriately.  Yet, you fail at even this simple and easy job; how utterly disgraceful, disgusting, and detestable!  How many cemeteries in the Philippines are being adequately cared for?  At the last report, none of them were adequately maintained and respected.  Even here in the US, you refuse to do your jobs with competency, dignity, and professional pride.

The VA is one sick organization, where the mission is being denied, the veterans abused before and after death, and none of the elected representatives can find enough time in their day to even offer a mild rebuke or maintain sufficient interest to scrutinize.  America, we have gotten better as a culture in remembering and honoring those who serve and have served, and I, for one, am very grateful for your change of heart.  We, the voting citizens of America, need to demand the same culture change from the politicians representing us!  As a country, we have come a long way since Vietnam in honoring the military.  But those same people who spat and urinated on our troops in Vietnam are now in the Halls of Congress, and their attitudes have not changed in the interim!