With gratitude to the National Conference of State Legislatures (NCSL), their analysis of the proposed budget was broken down, and some sense was made.  Not that the news is logical, acceptable, or palatable, just that the budget documents were broken down, which was helpful.  We start with the most bass-ackwards aspect of the budget by asking one question, “Where is the money supposed to come from?”

The 2022 Budget Proposal left President Biden’s desk requesting Congress to spend $6 Trillion and add $1.8 Trillion in new deficit spending to the bloated debt the government already owes.  “Who is going to buy the bonds and make money on this debt?”  When a person employs a search engine, asking this exact question, many answers come forward, and some do not make any sense.

“The government doesn’t have money that it doesn’t take. Any dollar that the government spends is a dollar that the private sector can’t spend or can’t invest. The government has to take money out of the economy before it can put it back in. Nobody seems to understand this basic point because they see the Fed creating money, and they think, well, we just print money. They don’t realize that when they print money, they destroy the value of the money that’s already there. So, they’re not adding new purchasing power. They’re just redistributing it” [emphasis mine].

Thus the first problem with America’s debt and proposed budget transparent; there is no money that government can spend unless it first forcefully removes it from the owner.  That is theft, or as we recently discussed, legalized theft.  The Supreme Court of the United States (SCOTUS) has ruled that legalized plunder, legal theft, or forced taxation are the price we pay for civilization, thus making legal the government’s actions to steal money.

Let me be clear; I am not an economist.  I select several very bright and experienced people to help explain things to me.  However, I can help others with less interest in economics understand what is happening in America right now to answer the question put forward, “Who is buying America’s debt instruments?”  The simple answer is that the Federal Treasury is buying the debt instruments, as the whole world sells their bonds and other American debt instruments.  What the Federal Reserve is doing is called “monetizing debt.”

The definition of monetized debt is as follows. “Debt monetization or monetary financing is the practice of a government borrowing money from the central bank to finance public spending instead of selling bonds to the private sector or raising taxes. It is often informally and pejoratively called printing money or money creation.”  Money can only be created in two ways: selling products and services and lending money where the borrower pays interest.  While there are many different debt instruments, i.e., credit card, home loan, student loan, bonds, Treasury Notes, etc., the principle remains the same: you either sell goods and services to make money or lend money and make money on the interest.

Why does monetizing debt matter?

Two simple reasons the government allows debt to be monetized.  To hide debt, it doesn’t want the public to know about, and to absorb cash on the market as a tool to fight inflation.  Here’s the problem, there is too much debt on the government’s books to hide it from the public any longer.  Add to that the sheer volumes of cash in the marketplace after handing out money during COVID, and the Federal Reserve will monetize debt.  Even if the chair of the Federal Reserve denies monetizing debt, debt is being monetized. 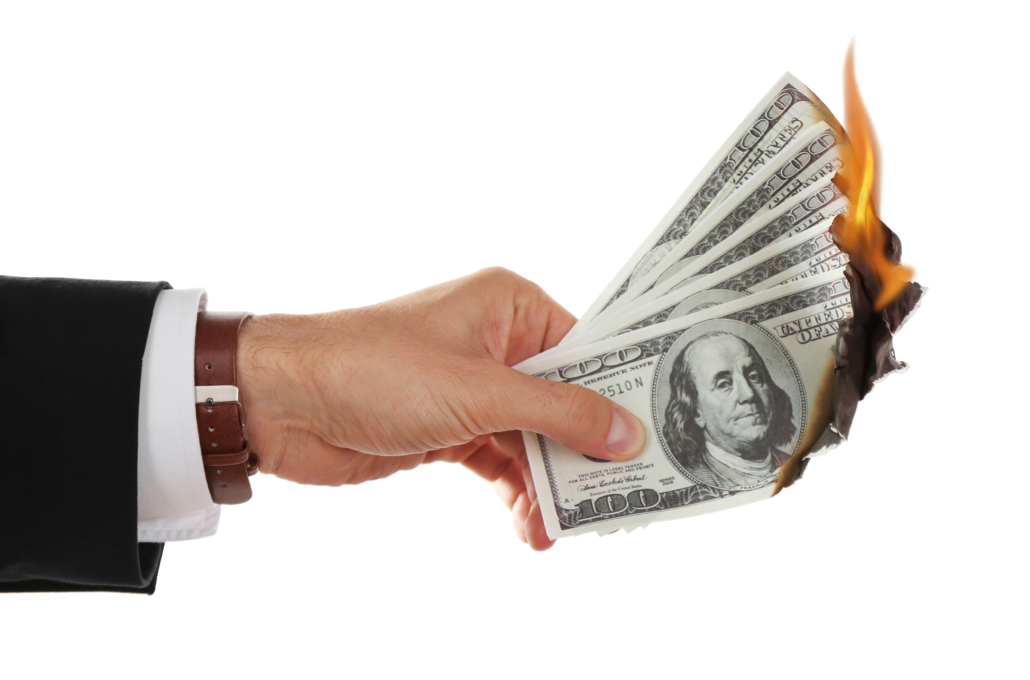 In short terms, your pocketbook is going to take another hit on the chin, and possibly two.  First, your interest rate on privately held debt, credit cards, student loans, homes, etc., is going to go up, all while making lenders nervous and refuse to lend money.  Second, inflation is already making the dollars held less valuable.

Inflation first; inflation is the devaluation of dollars.  The government floods the marketplace with cash, and the currency you hold will drop in value.  For example, recently the inflation was reported to have been 4.6% higher year-over-year.  This announcement was made in April 2021, so all the money you earned last year suddenly became 4.6% less valuable this year, all before the interest rate increases affected those dollars.

Case in point, the US Government sent me $1000 in January; I held onto those funds due to a move that was coming and spent the money in June.  However, between January and June, inflation moved up at a steady pace, and when I went to spend that $1000, it was only worth $850.  That is the power of inflation in your pocket.

Have you asked for a credit increase recently and been denied?  What about your credit limits on your credit cards, have they shrunk?  Both are indicators that the lenders refuse to lend due to the tremendous risks caused by fiscal insanity in the Federal Government.  What about home loans, have you had to produce more documentation, prove more income, and work harder to qualify for a loan?  What about student debt?  The government controls the lending of student debt.  Even here, the Federal Government cannot demand a lender loan money to student’s and many students have found their college expenses grow, and their ability to borrow shrunk.

In a simple fact of life, every household in America understands perfectly. When your credit scores go down, your ability to borrow reduces, and it becomes harder to meet all your bills every month.  Every city, county, state, and even the Federal Government should know this lesson, but they refuse to believe problems arise when credit scores go down.  All because those elected believe they can tax some more, and the money magically appears.

Does money magically appear in your pocket; of course not!  It must be earned through working, selling goods and services, or trading your time for employment with an employer for a paycheck.  Does the law allow you to write blank checks, kite checks, backdate checks, or simply float a check waiting for a future payday; of course not!  Yet, this is what the government is doing right now with your money.  The government is spending money, promising the lenders that a future payday will be theirs, but the government has to spend money to get money.  Does that excuse work for you when the electric company, gas company, cellphone, and other bills arrive? 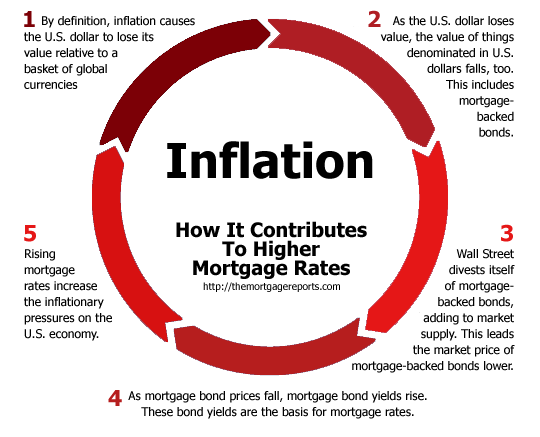 The most heartbreaking statement I have heard in a long time was recently made by a physician’s assistant, who claimed, “Aren’t we all just one paycheck from disaster?”  The simple truth, mostly, yes!  Studies exist that talk about financial resiliency in America.  Financial resiliency is all about being able to weather a patch of trouble without losing your possessions in bankruptcy.  The conclusions were all but unanimous. Along with most industrial nations, America has no financial resiliency due to government fiscal policies that hinder saving money and the need to live on credit cards to keep the basics of life paid for each month.

When inflation is stealing the value of your money, no wage can compete with government theft, all before taxes.  Add in tax laws that are counter-productive, job-killing, and increase the cost of doing business, and the job you have becomes tenuous at best.  Add in the hidden debts the government is trying to hide, and nobody in America is making money.

What about those who consider themselves “Rich?”

The same problems you are having with inflation are the same problems everyone is having with inflation.  Let’s go back to my $1000 that became $850 through six months of inflation.  We all spend the same money, and inflation is killing everyone’s dollar equally!  Hence, I beg you, do not allow the media hype about rich versus poor to derail the point.  Inflation and monetized debt are killing the US Dollar, which is why so many foreign investors have dumped their US Debt instruments for safer financial shores.

While some people have more financial resiliency than others, everyone’s dollar is dropping in value.  Inflation and low financial resiliency mean making budget cuts to charities, hiring someone to maintain a lawn, and a host of other ways and means American’s share our money.  It can mean turning off services, weighing how much fuel can be used, and a host of other belt-tightening decisions.  All things the government should first be doing, and they refuse.

Yours and my liberty and freedoms depend upon stable economic policy, firm fiscal policies, and elected officials scrutinizing the government for waste, fraud, and abuse.  Yet, what do we regularly find; fraud, waste, and abuse!  The Department of Defense has lost multiple trillions of dollars; not a single politician is asking for an audit and an explanation or is willing to withhold additional appropriations until the lost money is accounted for.  The Department of Veterans Affairs continues to mismanage funds, misappropriate funds, and waste money like overripe fruit; yet, still, we have zero interest from the politicians elected to scrutinize government.

I repeat Peter Schiff, only for emphasis:

“The government doesn’t have money that it doesn’t take. Any dollar that the government spends is a dollar that the private sector can’t spend or can’t invest. The government has to take money out of the economy before it can put it back in. Nobody seems to understand this basic point because they see the Fed creating money, and they think, well, we just print money. They don’t realize that when they print money, they destroy the value of the money that’s already there. So, they’re not adding new purchasing power. They’re just redistributing it” [emphasis mine]. 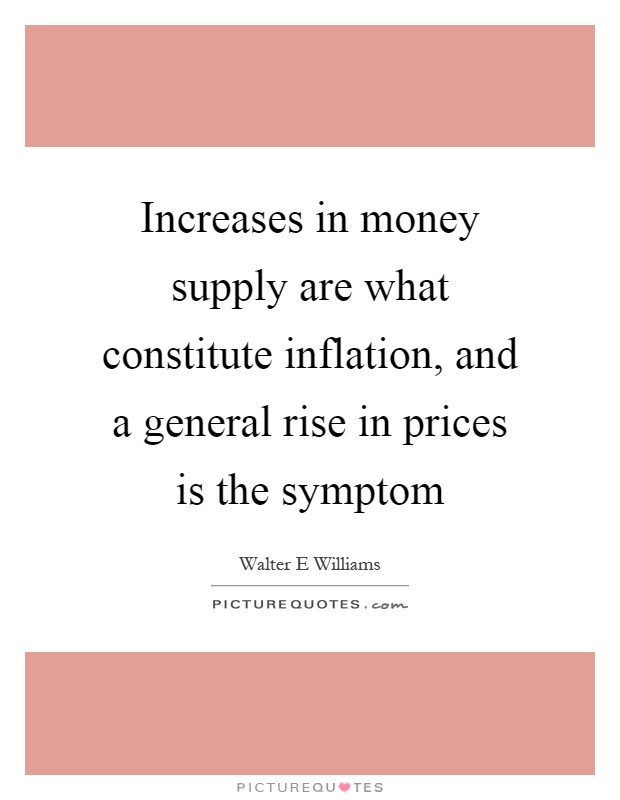 In redistributing your money, the government has proven they are the problem, and the solution begins locally!  Change your mayor, city council, county board, school boards, and every other elected official.  Getting the local governments in fiscal shape allows state governments to begin practicing fiscal health and sanity.  Then, we put people into the Federal Office more interested in scrutinizing the government than in writing endless laws and abdicating their legislative role to the executive bureaucrats and the judicial branch.

The budget put forth by President Biden is the height of insane, and I have only covered less than 1/10th of the budget problems in this article.  Granted, I covered the most egregious problem, but the fact that the legislative branch is even negotiating a compromise is beyond insanity and borders on criminal negligence!  We, each citizen of a representative government, must stand and tell our representatives NO MORE!  No more fiscal insanity, borrowing to buy votes, entering into debt obligations that make captives of unborn millions of other people.  No more will we allow them to buy votes to maintain power.  End the financial abuse of the taxpayer; your wallet will thank you!