There many ideas I embraced as a child that brings me short mentally and cause some discomfort.  The biggest of these was the support of labor unions.  As a kid, I thought labor unions were the best thing since sliced bread.  I learned in K-12 how the labor unions had ended child labor, gave us weekends, Federal holidays, and the 8-hour day, among other tremendous and notable accomplishments.  Until I lost my job to a labor union guy who took four times as long to complete work, complained horribly and sent me to the unemployment line.  I never understood what he had to complain about, times were hard, and I lost a good job to a labor union member.

Because of the hold, the Labor Unions have on government, the line between government policy and labor union influence is generally so blurred that confusion is bred as to why things work the way they work in government.  Unfortunately, every country with a representative government and labor unions has the same problem.  Labor unions are entirely Marxist in their ideology, but to keep the masses happy, instead of communism, we get rampant socialism instead.  J. T. Murphy writes specifically eloquently on the ties between socialism and the labor unions.  Frankly, I have never understood how a labor person can swear they love freedom and America while supporting tooth and nail their labor unions’ Marxist and socialist agendas.

Inflation and Socialism, plus the Captivity of Debt 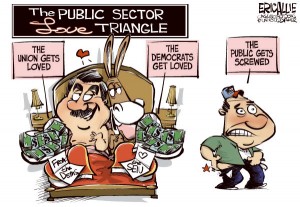 Public-sector labor unions are the number one reason many states in America have seen their credit ratings drop.  The debt of the retirement packages and pensions is a millstone around every state’s neck.  This is an absolute reality proven time and time again.  The pension crisis is so large that Forbes keeps coming back to this topic several times a year.  If you would like a primer on the public pension crisis, go here.  The public pension crisis is mentioned solely because it remains the number one budget item for too many states.  With that much money owed, the debt runs the state’s fiscal decisions, not people, and brings up the captivity of debt.

Look up the principle of “usury” in historical texts, and you find usury occurs when interest is charged on money borrowed, which creates captivity.  TheWalletcoach.com eloquently details how debt is captivity.  The oldest of historical texts, the Old Testament, is vehemently against charging usury of brothers and family members, but strangers being in debt captivity was okay.  Today, the confinement of debt, specifically the public pensions, leads the politicians like a goat to slaughter. But, unfortunately, none of the politicians can find the time to formulate a plan, gather their fellow politicians, and fix the problem.  Debt, to the height of the public pension crisis, creates inflation and leads to socialism, as the government runs out of other people’s money to pay for the failures of previous politicians to be fiscally literate and fiscally responsible.  Add in the labor unions’ consistent sticky hands, and the local and state governments are in deep trouble.  Add in the Federal Government’s debt obligations, and money trouble is a catastrophe!  Please note that catastrophe is not an “If” or “when;” it is a current issue right now! 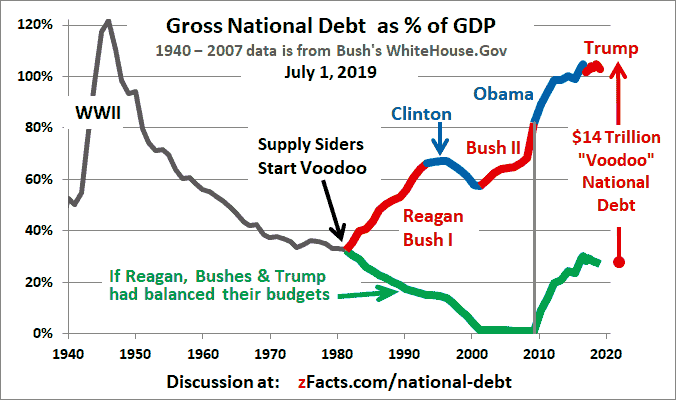 16 March 2019, Tom Del Beccaro, writing an opinion piece for Fox News, produced the greatest missive I have ever seen tying the principles of debt captivity to inflation and governments becoming socialized!  Historically speaking, Mr. Del Beccaro is 100% correct that the socialization of Greece and the fall of the Roman Republic are both tied to government debts. However, the Founding Fathers in America knew history, were literate, and they feared what would happen to this Free Republic (if we can keep it) when the government is allowed to rack up debts!  Every single publication I have on the Founding Fathers, and the Founding of America, come back to the bondage of debt and the problems with government debt. However, when the population demands “free benefits” from the government and uses their voting power to elect only those who keep the “Gravy Train” coming, socialism has been achieved in all but name!

That fact alone should scare every member of the American Experiment into correcting their government!  Yet, what do we find, the exact opposite!  Frightening does not entirely cover my feelings here!

Socialism, Taxes, and The Workplace

Returning to the pattern discussed on 16 March 2019, Tom Del Beccaro, writing an opinion piece for Fox News, discussed how taxes are a knee-jerk reaction to “keep that gravy train running.”  Therein lay the root causes for how socialism has been promoted in the workplace and how high taxes will eventually go!  I have written about this relationship for a long time, but please allow me to refresh memories.

In the United States, the Government Agency tasked with employment, employment laws, and employer responsibilities is not the National Labor Relations Board (NLRB); by statute, it is the Department of Internal Revenue Service (IRS).  The NLRB is only there to handle labor unions, labor union growth, and labor union law.  The IRS defines what an employee is vs. a contractor or knowledge vendor.  Worse, the IRS rigidly protects this relationship as a key to preserving the government’s interest (tax dollars) in keeping socialism in the workplace.  Some of my earliest articles deal with these exact principles and the socialized employee structures in which each worker and business is demanded to participate.

Upset with how your employer treats you, both on and off the employer’s property, there is only one place to put the blame, the IRS.  The IRS states the employer can invade your privacy, in your home, as an extension of “Risk Control” because your employer agreed to the IRS’s demands to pay taxes.  Your rights, freedoms, and liberties are curtailed, culled, and clipped in the workplace because the IRS demands the employer play ball with them, and your liberties are the price you pay for a paycheck.  Every time I see a labor union complaining about how the employer treats them, I want to shake the stuffing out of the leaders, for it is not the employer but the IRS that should be struck down and disbanded!  Yet, the NLRB will always side against the employer, and the labor union, a Marxist organization, wins, the IRS wins, and the employer and non-union employees lose. As a result, socialism in America becomes more powerful and influential.

Socialism and Mothers in the Workplace

As a means to improve the strength of the family in society, several religious organizations would love to see mothers provided the power to stay home.  Yet, socialism, as a fundamental operating principle, that all able bodied people must support the state, K-12 educators can rear kids, and the government acquires drones who do as they are told.  High fuel prices are no longer discussed on the nightly news because the government needs every able-bodied and disabled person working and asked the media to find something else to discuss.

Why does the current president keep ducking questions about inflation; because the higher inflation goes, the higher prices are demanded, and the more people will rely upon the “Government Gravy Train.”  Unfunded liabilities (kited checks) are acceptable to socialists as a means of controlling the populace and keeping people in the game.  Higher taxes from inflation are good when it controls those in society who would raise their heads and ask questions under the thumb of totalitarian control.  If mothers returned home, how fast would demands for improved schools become the big issue in local politics, again?

My wife, a single mother due to divorce, while raising her two kids, relates stories of gathering mothers in Seattle to fight the school board and win.  Bewitched (1964-1972), the TV show reflects several times where Samantha got involved and changed local politics.  It used to be expected in local politics for mothers to have the ultimate last word on worthy politicians for whom to vote.  Yet, by increasing prices, mothers had to go to work.  It is now standard for politicians to get elected whose only desire is to keep socialism going, stealing liberties and freedoms while pontificating that the other party is at fault for your suffering.

I repeat, only for emphasis, the IRS remains the most influential, nefarious, and deadly threat to America.  America, what I am proposing will be a culture shock. It will turn many people onto their heads. It will appear anathema, all because we, the citizens, have watched the government become stronger and us the citizens weaker for so many generations.  But, the reality remains, we own the government, the government has been abusing us, and the time of big government to solve all the problems from a broken shoelace to fixing the weather has to end!  We must believe, gather knowledge, and act as a conjoined whole to make the necessary changes.