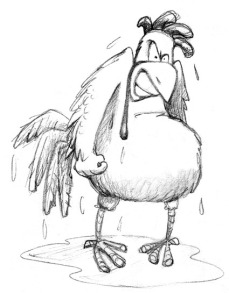 Last week, while scrubbing my SPAM folder on Gmail, I discovered that Google had arbitrarily been sending several emails containing news of a more conservative slant straight to SPAM.  Why would Google arbitrarily act in a manner to thwart the delivery of email?  A topic for discussion later in this article.

America faces a huge test right now; division is costing us opportunity, liberty, freedom, and potential.  Worse, it will eventually destroy the United States of America, a free Republic (if we can keep it).  What is this nefarious foe; a lack of unity.  The political parties have become so divisive that families are being torn asunder over something as petty as which political party to embrace.  Religion, lifestyle choices, employment opportunities, and so much more are being used to erode America at the family foundation.

Socialsolutions.com reports some disturbing statistics from 2018.  However, the COVID-Farrago has seen these numbers only increase, and the numbers for 2020 are still not compiled and updated.  ACLEDdata.com provides some of the statistics from 2020, and the political violence inflicted on families is stunning!  Where does the blame lay for all this violence, property damage, public property destruction, and the host of terrorism committed in George Floyd’s name; the US President, Vice President, Speakers of the House and Senate, the governors, the mayors, and state legislators.

I am not excusing individual accountability for specific acts, but every silent politician in America has condoned the divisive behavior.  The corporate media have fed the violence and division, and the press has even been videoed participating in the violence.  My wife stated something, “The problems have become too great for any single individual to make a difference.”  I vociferously disagreed then and state unequivocally now that good is still in the majority of America and Americans and that one individual who declares enough is enough can make a world of difference!

Charmaine Yoest, Jack Spencer, John G. Malcolm, and James Carafano, writing for The Daily Signal, published an article on 11 June 2021 worthy of reading.  The twelve points they outlined are listed below, and additional commentary is mine.

Unity is a precious resource America has always enjoyed in abundance, and the political enemies of America despise America for the unity that has always been here.  We might fight like brothers amongst ourselves, we might have ancient grudges and family disputes that spill over state lines, but we are inherently a unified people.  Stop allowing the media to preach division, hate, and identity politics.  Stop allowing those elected as representatives to divide you and your family.  America, we have a choice before us, unite and live, or divide and fall.  All of the changes discussed stem from a simple point, will we choose to unite and live or allow division to separate us to be conquered as unpitied sacrifices in a contemptible struggle? 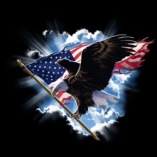 Join me!  Join with your neighbors and family members!  Let us for a community of responsible and intelligent citizens, who are informed, and active in halting the government abuses at every turn!  As a united front, we can win!  Believe that, and we are halfway to restoring America to the ”Shining city on a hill!”