I am not a conspiracy theorist, nor am I sitting at home wearing a tin-foil hat and talking to walls.  I am not a China Basher, but I have significant reservations with China and how her Government continues to act. Including the open hostility shown to China’s neighbors, which amounts to war.  So as we begin this discussion, please take your emotional hat, remove it from your head, and put your question and discussion hat on.  I am asking an honest question, will present what I am seeing, and leave the conclusions to you to draw.  I am not pressing a political agenda, but I am concerned and feel an open and honest discussion will improve global COVID recovery.

If you haven’t heard already, some 3000+ emails from the pre-and early-COVID period were released under a freedom of information act (FOIA) request.  What I find distressing is how the Chinese Government praised Dr. Fauci for his “brave positions taken.”  One thing I have learned in dealing with China, everything is controlled by the Government. So when praise is offered to a foreigner, I am left asking what the relationship behind the scenes is?  More to the point, Dr. Fauci researched coronaviruses before government service; he knew that most actions taken by the Government were wrongheaded, at best. So why did he go along, preach, and work so hard to implement straight anathema actions to common sense and good discipline where a viral disease is concerned?  Why has Dr. Fauci worked so diligently to deny science and bury the truth?  The emails I have read leave me with a lot of questions and even fewer answers.

Having served in the US Army and US Navy, I have a background in planning operations. Additionally, as an Industrial and Organizational Psychologist, I know that significant changes are always beta-tested before an organizational-wide change is implemented.  One of the principles of low-intensity conflict (LIC) is to dry run an operation to ensure plans can be successful.  Guerilla groups and terrorists, small cell military teams, heck, even Hollywood uses the same philosophy, dry run something to ensure it can go right, mitigate risks, and plan safety zones to protect those in danger and those filming.  Was COVID-19 a dry run for another more deadly disease being intentionally dispersed?

Earlier this year, these articles ran a series on infectious diseases from China over the previous three decades.  Each time China releases a disease, the Chinese economy’s recovery has been grander and more complex.  Each time the world has suffered economic losses, witnessed government indifference and seen global financial struggles everywhere but China.  President Trump was squeezing China for the good of the global trade associations.  Yet, China was pretty laid back in its response until COVID was released, then China became intransigent, belligerent, and threatening.  As President Trump continued to blame China, China’s response became more hostile, and I am left wondering if China purposefully released COVID-19 (Sars-COV-2) as a bargaining chip for economic freedom.

As a kid, one of the stories read to me was the “Boy who Cried, Wolf.”  We all know the story, a boy watching the sheep grows bored, cries wolf, sees the village go crazy, and gets some entertainment.  He cries wolf a couple more times with the same result.  Finally, he cries wolf for real, and there is no response; the boy gets eaten, the sheep are consumed, and the village is left without sheep. 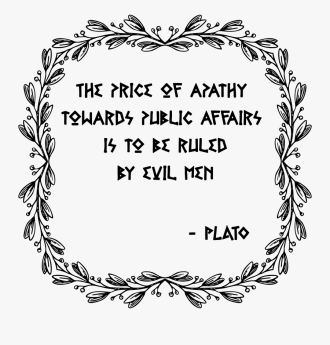 Now apply this pattern to China’s diseases, the release schedule, government indifference until COVID-19, the theft of liberty and freedom experienced, and ask yourself, do you trust the Government more or less after the COVID-Hysteria being pushed as a pandemic and health emergency? For example, a comedian has claimed that “Jock-Itch has a higher approval rating than the Government.”  People laugh at this statement, and it is funny; except, if COVID-Hysteria was a “Wolf-Call.”  Then it stops being funny pretty quickly.  One of my most important questions, which has never been answered, continues to be; “Why was COVID-19 treated 180-degrees differently than any of the other China diseases the world has suffered from since the 1990s? 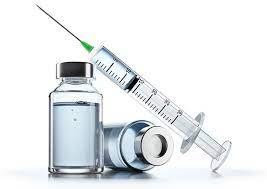 03 April 2020 is the first time I read about the possibility that China is practicing Biological Warfare (Bio-War).  A report has surfaced, discussed by The Weekend Australian, 10 May 2021, discussing this exact topic again, only where the report states categorically that China IS practicing Bio-War.  08 May 2021, the Daily Mail reports that the US State Department has seen the report about China practicing Bio-War and how COVID-19 was part of their strategy.  While I can honestly admit I have not personally read this report as mentioned by the linked stories, I do not doubt that China has and continues to threaten global stability.  I do not doubt that China would be interested in researching ways and practicing delivery methods for nuclear, biological, or chemical weapons.  Conventional weapon sales are a cash transaction, and I tend to believe China is arming America’s enemies.  Exploring that last link will reveal a map of where and how much arms sales in those areas are benefiting China to America’s detriment.  There is no doubt in my mind that China is selling advanced weaponry, manufacturing, and intellectual property to other nations to develop and deliver unconventional weapons of war.

Is it plausible that COVID was a dry run for something more heinous; I think so, and I think this needs to be investigated thoroughly and transparently.  Is it plausible that China is gearing up for WW3; I honestly do not know.  Their actions are always inherently hostile unless they get what they want from the US, then their relationship warms slightly from passively aggressive to chilly.  Could COVID have been an activity run to “Call Wolf” and reduce trust in the Government to pursue other more offensive agendas at a later time; I cannot rule out the plausibility of this situation.

I see lines of congruence to potential answers and like none of the options currently appearing.  However, I know that not openly discussing these potential options breeds fear and chaos, both of which I would eliminate so logic may provide truth.  The answers come back to the same root causes, the root causes for the media-hysteria were the Government giving them an excuse.  The Government went hysterical over COVID because the press went hysterical.  The media and the Government fed off each other to the detriment of every person across the globe.  We saw pockets of leadership but saw too many examples of government mandates instead of representative governments acting in a manner that was scientifically and logically sound. 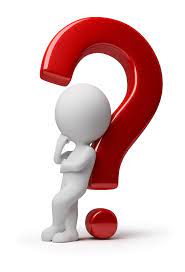 Then we have this shadow activity in China. When we add those politicians with financial ties to China’s good graces, we find potential reasoning that looks more like criminal activities than harmless politicking!  The Biden family, the Clinton Machine, and George Soros, among many others, have considerable ties to China being the dominant economy globally.  These facts open more doors to questions and probability scenarios that have the appearance of malfeasance; as a kid, I learned, where there is smoke, there is fire!  Thus, my desire for open discussion on the topics contained herein.