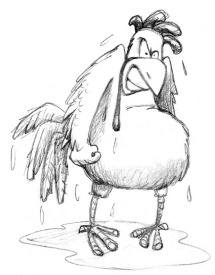 One of the first rules in overseeing junior people working is to make available someone to answer questions, immediately, and render support if needed.  I have had the pleasure of training junior people in a myriad of tasks over the years.  When I read this Department of Veterans Affairs – Office of Inspector General (VA-OIG) report, a plethora of questions arise, and I deeply question the professionalism and competence of the doctor overseeing the work of residents in a VA Hospital who are performing procedures.

“… The subject ophthalmologist failed to provide adequate resident supervision and entered inaccurate documentation related to supervision for a single patient case.”  Essentially, the doctor charged with overseeing residents was AWOL, and then compounded his error by falsifying patient records.  The VA-OIG report continues by claiming this falsification was the result of an oversight when using pre-recorded notes for patient files.

Draw your own conclusions.  Personally, I think this doctor needs to be released of all duties where overseeing residents is concerned.  I would also question his ethics and morals for falsifying patient records.  You hold a double position of trust, first as a doctor, second as a teacher and leader of residents, and the behavior witnessed should come with steep repercussions professionally!

From the VA-OIG report we find the following:

“The VA-OIG substantiated that high cholesterol contributed to the patient’s death; however, the death certificate indicated that the primary cause of death was accidental acute multi-drug intoxication. The psychiatrist and staff failed to document providing the patient with education during a telephone encounter regarding potential side effects or adverse drug-drug interactions of medication changes. Contrary to clinical guidance, the psychiatrist prescribed long-term benzodiazepine use for a patient diagnosed with posttraumatic stress disorder. The psychiatrist also failed to address the patient’s two negative urine drug screens for a prescribed medication and failed to address a positive urine drug screen for cannabis. Due to COVID-19, the facility failed to launch the Psychotropic Drug Safety Initiative Phase Four Plan. The primary care provider did not comply with facility policy by failing to enter a return-to-clinic order following an appointment but could not determine if this affected the patient. Primary care and behavioral health staff did not comply with facility policy to telephone the patient or send a letter after the patient missed appointments” [emphasis mine].

The lack of staff to follow procedures and do their job, I will certainly hold them accountable for, especially since Cannabis is involved!  Please do not believe that Cannabis is a non-toxic drug, especially when mixed with other drugs, it can be the fatal trigger in a multi-drug intoxication!

At 18, low those many years ago, I took the EMT-Basic class, but left for US Army Basic Training before I could certify.  Since then, I have received certification as a combat medic and a Journeyman Firefighter (Any industry) which required a lot of hours studying emergency medicine.  I am experienced in drawing blood, starting IVs in difficult circumstances, and handling a myriad of injuries.  I am not a medical professional by any stretch of the imagination, I simply have a healthy desire to learn, and emergency medicine is a fascinating topic I regularly pursue.  I am not a chemist; I rely upon peer reviewed resources and legal and medical websites to stay current on a host of topics.  With this as my qualifier I am going to make several statements and you can judge their merit.  Feel free to comment.

The VA-OIG conducted another virtual comprehensive healthcare inspection, and found the same problems continue at another VAMC.  Do you know how tired I am of reading these “comprehensive inspection” results and finding the same problems time after time?  When will the VA actually start enforcing some of these VA-OIG recommendations to effect change?  Better, when will the politicians who are charged with scrutinizing the government tire of seeing the same recommendations and not seeing any change?  Bloody frustrating reading these reports and not seeing improvement!

Finally, we come to what I was hoping to be a great report, where the politician’s heads were going to explode at the inefficiencies, the detestable behavior, and the horrendous responses to legally mandated IT infrastructure changes, and why those changes are not happening at the VA.  I was not disappointed; I was thoroughly disgusted that his report fell on plastic ears speaking plastic words from wax lips!  Statement of Michael Bowman, Office of Inspector General, Department of Veterans Affairs, Director of IT and Security Audits Division, Before the Subcommittee on Technology Modernization, Committee on Veterans’ Affairs, U.S. House of Representatives, Hearing on Cybersecurity and Risk Management at VA: Addressing Ongoing Challenges and Moving Forward May 20, 2021.  Notice something, the failures at the VA in the IT Department are being called “ongoing challenges.”

Let me remind you, FISMA was released on 29 April 2021, and I wrote about the abysmal findings of the VA-OIG.  This report is the accountability statement to the Congressional representatives who should have skewered this bureaucrat and roasted him on a spit with onions and peppers, then served him up for public ridicule after firing him!  For the Director of IT and Security Audits Division to make the following statement is flat out beyond comprehension, “The OIG’s conclusions in the FY 2020 FISMA audit are not new or revelatory—rather, they repeat many of the same concerns with VA’s IT security that the OIG has found for many years.”  What incredible chutzpah to make this comment after that scathing report showed just how deplorable the leadership of the IT and Security Audits Division revealed!  Director Bowman then goes on to downplay the band-aid solutions implemented while decrying the time for improvement is too short and there is not enough money.  Do not forget, “Of the 26 recommendations, 21 have been included in every FISMA audit dating back to at least 2017.”  With at least 15 of these recommendations dating back even further.  Want a full list, as well as how old these recommendations are; you will not find it in the Director’s report to Congress!  Is anybody incensed enough to demand a full accounting of just how old these IT recommendations are?

The director’s next statement puts his other outrageous comments to sleep.  “Security failures also undermine the trust veterans put in VA to protect their sensitive information and can affect their engagement with programs and services” [emphasis mine].  Talk about such an obvious statement, it’s like the sun coming up on a cloudy day, you just cannot miss that sun rise; you also cannot miss the absurdity of making this statement!  Did some intern write his speech?  You are the director of IT Security and you make this type of comment, did you make this comment with a straight face?  I cannot find the video-record of this Congressional hearing so I can only guess he delivered his lines with a straight face!  Most detestable of all, he continued to make outrageous comments, his plan to move the IT security program at the VA forward is weak, lacking firm deadlines, and continues to allow him and his staff to escape accountability and responsibility.

America, with these bureaucrats in charge, why shouldn’t we be weeping and wailing, and gnashing our teeth in frustration?  When will we, the owners of this atrocious government, finally scream ENOUGH and demand a full change of heads at the ballot box?  For until the elected representatives are forced out, the bureaucrats abusing us, will only continue!  The VA is sick, but the problem lies in the bureaucrats, administrators, and directors leading the VA at the Federal and VISN levels.  So many other government agencies are just as sick, or worse, and the same problem arises, the leadership refuses to act, but still expects a big titanium parachute when they leave office!  I say it is time to tell them NO!