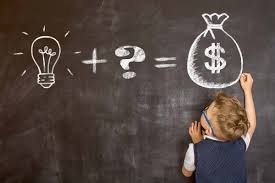 When a person discusses making money, what does the phrase “making money” mean?  When talking about money, we are not discussing printing actual cash; while that is certainly a way to create money, that always leads to inflationary problems.  Simple economics relates there are two different avenues to make money.  These methods are as old as the Old Testament or recorded history, and every single civilization has used these methods.  The first method is to save money, where interest is paid while someone else uses your money to create products and services, bet on the futures markets for farmers, ranchers, etc., or stock and bonds markets.  Regardless, the first method generally involves receiving interest from saving money.  The second method is also well known; you borrow money and pay usury (interest).  The people who save money make money on those who borrow money and pay the penalty interest.  Through defaults on loans and bankruptcy, the unpaid interest penalty causes risks to increase, and classes of borrowers are created.  Risks also raise prices, remove the ability to borrow funds, and establishes another market, insurance. 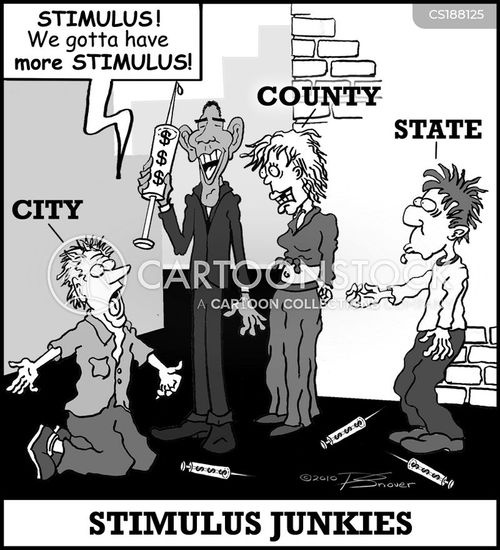 In Las Vegas, the saying goes, “The house always wins.”  In simple economics, the house is a runaway government that claims, “let’s make things more fair to lower-income earners.”  In reality, they make the low earning income earners and fiscal illiterates, suckers, betting on the government to save them every time they make poor fiscal decisions.  These fiscal illiterates come in every shape, size, color, culture, and financial background in our modern times, but these two ways to make money remain essential to the following article.  Please note that the insurance topic will be covered in a later article; for now, just keep in mind the two methods of creating money, saving money and earning interest, and borrowing money and paying interest. 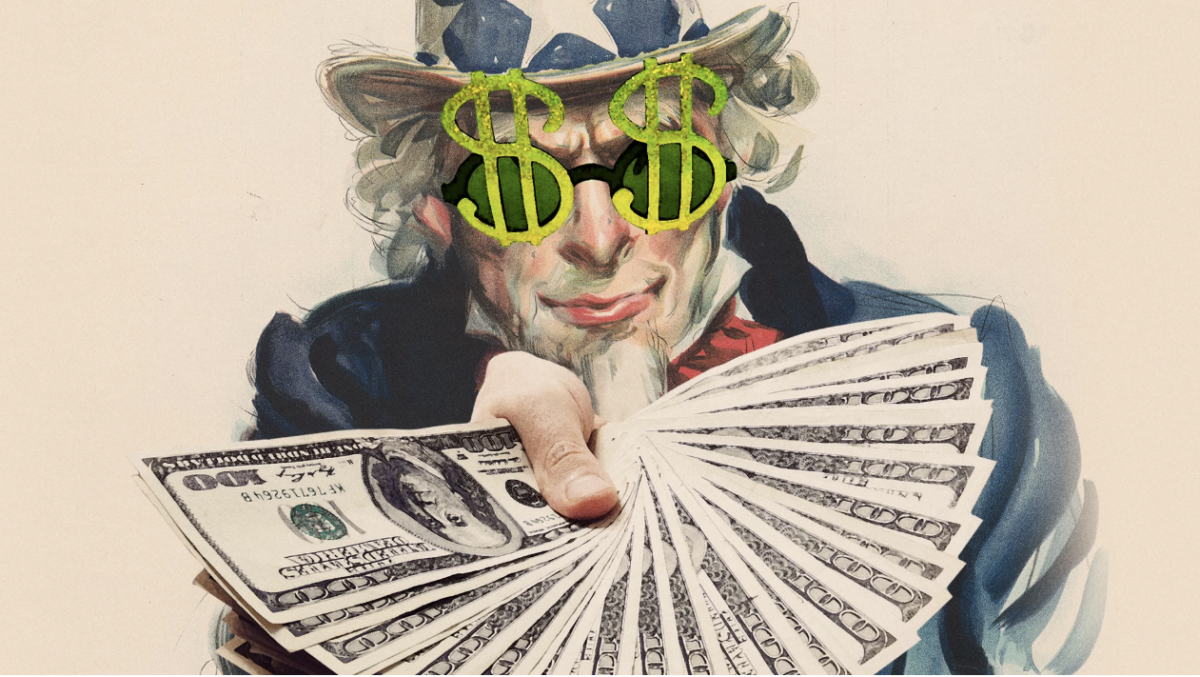 The Federal Government during this COVID-Hysteria has paid out vast sums of money, some of which in loans, placing the businesses who borrowed at significant risk, and other sums as payments to individual people.  Either way, that money is not “Free Money.”  Those funds were borrowed from somewhere, and the government will have to pay interest on those dollars borrowed.  When governments borrow money, higher taxes are a direct result from the school board to the Federal Level.  Except, every person in the world will have to be now also penalized a second and third time for the government borrowing money.  Inflationary prices are the second penalty for government spending/borrowing.  Lower interest rates on saving money are the third penalty for government spending/borrowing.

The secondary and tertiary penalties are often called hidden penalties, or fees, that occur as natural consequences to the government borrowing money.  These penalties cannot be escaped!  The higher the inflation goes, the more people cannot borrow money, the higher prices go, and the less paid as interest for saving money, even if stocks and bonds continue to be traded at record levels.  Look at the stock market growth as the government has borrowed more and more money over the years, and you can trace this pattern.  As the stock market grows, savings accounts empty, and those savings accounts which remain are paid less and less interest year over year. 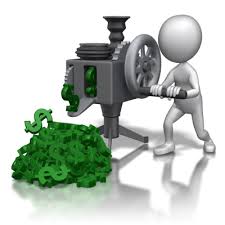 The banks, credit unions, and other saving institutions and markets will continue to use other people’s money on the stock exchanges and futures markets to return a profit to shareholders, but the account holders do not earn the same as a shareholder, even though their money is what is being bet on the stock exchanges, futures markets, and in government investment instruments.  Thus, one needs to understand these essential money creation tools to judge the following facts correctly.

An easily understood example is paychecks.  Your employer pays you for your time as a credit to your wallet.  You deposit your paycheck (a credit to the bank) and immediately start paying bills (debits) to those whose services you enjoy (credits).  Make sense; the debits of your employer to you as a paycheck comes from both the sale of goods and services and through investors who expect to be paid for their continued contributions to that business.  The employee is not “making” money when they are getting paid; they have traded time, sweat, and labor; no money was created for a paycheck.  But that paycheck allowed that employee to pay for groceries, clothes, fuel to get to work, along with other goods and services.  Credits and debits tell the story of where money travels, recording prices for goods and services along the way that governments are supposed to understand as they set tax rates.  However, the more a government borrows and spends, the more the tax rates are set not by people in government but by the penalties of interest. 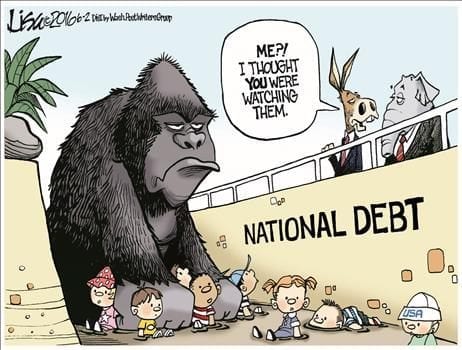 I am not anti-labor union, I do believe that labor unions are a tremendous legal Ponzi-Scheme, and the victims of labor unions are the people forced to pay higher taxes for the wages and the retirement benefits, as well as the medical, vision, dental, and other benefits of union workers both in the private and public sector.  I also firmly believe that government workers should never be allowed to unionize as the government pays the wages through forced taxation.  In the New Testament, regardless of how you perceive Jesus Christ, there is a story about the Pharisees and Caesar’s Poll Tax which was grievous to be born by the conquered nations in the Roman Empire.  As a point of interest, every time taxes are mentioned in the oldest books known to man; they are always referred to as grievous, or in a negative term; why, because taxes are always a penalty, a legal way to weaken the populace and bribe the citizens with their own money. 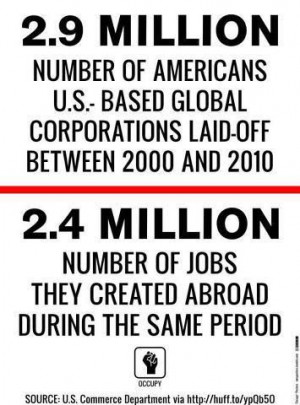 Historically, conquered nations used to be forced to pay tribute to the conquering governments for the purpose of keeping that nation weakened and unable to rebel sufficiently to overthrow the conqueror.  When standing armies and navies became the norm in history for nations to keep, taxes followed to pay for the standing armies and navies.  Throughout history the story of tribute and taxes have driven people to rebel, become slaves to be bought and sold, and prisons to fill up when the citizenry could not, or would not, pay the tax collector.  The same tax collector who incidentally received for his time, wages from the taxes collected.  Many times, the tax collector was also known to the population as a neighbor, making the paying of taxes a mental as well as a physical burden.  When you have personal friendships with the conquered nations representatives, the story of Ben-Hur becomes more poignant and the appearance of the burdens of the conquered as bitter bondage is better understood. 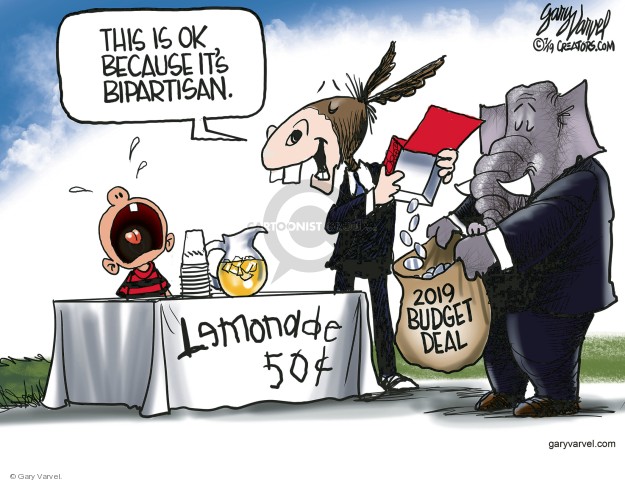 My aim is to help improve understanding and open the discussion on money, taxes, and what your government has done in the name of “COVID-Relief.”  When the fraudulent president considers inflation to not matter,  one must begin asking why inflation was a major issue when President Obama dumped money into the economy, but magically, President Biden can sleep peacefully knowing there are no inflationary concerns.  The more the current sitting US President speaks, the more I wonder about who is pulling his strings to make him talk!

2 thoughts on “NO MORE BS: Come, Let Us Reason Together – Chapter 3”