As a topic I write extensively about, some may ask, “Why does he continue writing about this topic?”  The answer can be found in Portland, Oregon, most any night, where the rioters and looters are screaming, breaking the law, and getting away with this anarchy because it is politically acceptable to someone’s personal desires.

Minneapolis-St. Paul experienced LIC, and then the politicians defunded the police.  Seattle, Washington, regularly, not as often as Portland but regularly, experiences LIC.  People get injured, public and private property is damaged and destroyed, and always those committing the crimes skate personal responsibility, and the police keep getting defunded.  Ferguson, Missouri, experienced LIC and are significantly worse for the experience!  Atlanta, Georgia, has been bruised and hurt; people died.  The restaurant burned, all over politically acceptable “rage” masquerading LIC; has anyone followed the money and discovered who benefitted from Atlanta burning?  I know nobody cares enough about Ferguson to follow the money.  What about Portland, who is investigating where the money originates paying for all the LIC?

Low-Intensity Conflict (LIC) is the official name for what happens when individuals or governments hire intermediaries to conduct violent operations from a position of security.  LIC is a misnomer; those who have become victims of the barbarous cruelty of those practicing LIC find nothing “Low” about the experience.  The conflict is intense, the actions brutal, and the practitioners remain cunning adversaries using and employing willing dupes to hide the true depths of moral decay inherent in the societal destructions and depravations the practitioners are enacting.  Many confuse LIC in describing the actions of unbridled violence committed by ideologues under the banner of terrorism.  The US Military Joint Chiefs of Staff define LIC as:

“A limited political-military struggle to achieve political, social, economic, or psychological objectives. It is often protracted and ranges from diplomatic, economic, and psychological pressures through terrorism and insurgency. Low-intensity conflict is generally confined to a geographic area and is often characterized by constraints on the weaponry, tactics, and levels of violence (Tinder 1990)” [emphasis mine].

Some will proclaim loudly, primarily due to affiliation with, or money donated from, deep-pocketed entities, that LIC is only limited to those more commonly perceived as terrorists, i.e., car bombers, hijackers, etc.; however, paid rioters, looters, and those termed by the media as “violent protesters,” are practicing LIC.  The media keeps trying to lie and claim, “peaceful protests were overcome by looters, rioters, etc.”  This lie keeps being swallowed until the truth breaks out and the “peaceful protest” was anything but before it was “overcome” by violent actors.  Want to know one of the biggest growth markets in America, paid agitators!  People who do not care about a cause but are paid to scream, holler, march, act like idiots, and destroy America.  One of the most open secrets about the daily disasters being witnessed in the news is those being paid to protest, throw rocks, and destroy property.  Follow the money, and those paying for LIC become known and should be held accountable for the mess they paid to see.

Where is LIC most obvious?

Sure, the protests are apparent places where LIC is most probable.  However, we are missing some crucial aspects of LIC if we presume the riots are the only place LIC is being practiced.  Never forget, the purpose of LIC is to accomplish “A limited political-military struggle to achieve political, social, economic, or psychological objectives.”  Note, the tools used to achieve the goal, “… diplomatic, economic, and psychological pressures through terrorism and insurgency.”  Hence, the K-12 classroom is the number one location where LIC is regularly practiced in America and many democratically elected countries worldwide. 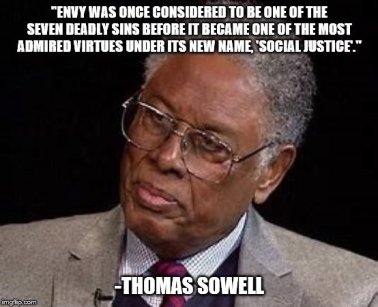 Consider the lie of climate change.  Psychological and social controls are exerted through “Climate Change Science Pogroms.”  What is the aim; achieve mass hysteria about the climate while defying and denying logic and science, preaching social changes that empower the government while stealing liberty and freedom.  K-12 education in America has been intentionally dumbed down since the 1860s to stop people from learning to read, write, and logically think through mathematics as a control mechanism of the general population.

How much time do your children spend on climate change programming as an aim of LIC; more than 5 hours a day on average.  The subject arises in Math, Science, History, Reading, English, Social Studies, and the list goes on and on.  Then you have TV programming, from Sesame Street to the nightly news; climate change programming never ends.  Always Climate Change Science aims to program the public into giving up their liberty, freedoms, and lifestyles for the ambiguous “Climate Health.” At the same time, the government steals your money, liberty, and freedom, and a select few make billions in climate alarmism to buy a new luxury yacht or private jet.  Follow the money, and you find the same names, the same “influencers,” and you never see them sacrificing for the climate! 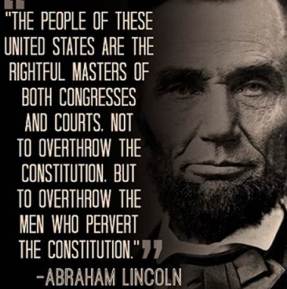 Where else do you regularly see LIC practiced in the political undermining of conservatives by the left-wing militias.  Consider Speaker Pelosi’s actions for a moment as she “deals” with the opposing party in the US House of Representatives, and you will see LIC in action.  Better yet, review Speaker Pelosi’s efforts during the Trump Presidency and LIC actions were clearly noticeable.  Want a better example; look to Speaker Harry Reid’s tenure in the US Senate as Majority Leader, and you see LIC being practiced against the US House of Representatives as a means of controlling legislation.  Speaker Boehner (R) was not a strong pick and was a horrible speaker of the US House of Representatives, but his job was made immeasurably worse by Speaker Reid in the Senate!

Never forget, Speaker Paul Ryan (R) was more useless than Speaker John Boehner (R), but again, the minority leader was Pelosi and Speaker Reid in the Senate.  Because none of these Republican Speakers recognized LIC was being used against them, they failed miserably!  Thus, teaching everyone the first lesson of LIC; if you do not acknowledge your enemies are practicing guerilla warfare, you will lose!  The second lesson taught where LIC is concerned, you cannot fight by the enemies’ rules.  Anyone else remember Vietnam; America was taught this lesson in spades!  To combat LIC, one must use a no-holds-barred, knuckle-busting, dirt-throwing, fight-to-the-death manner of combat, or your enemy will win!  You write your own rules and attack!  Forcing your opponent to give ground because they want to use their rules, and you are not willing to relinquish the moral high ground or fight by someone else’s rules.  When President Clinton promised that politics would change under his administration, the opposition should have believed him and changed their approach.  But, they refused, and America has been the worse ever since! 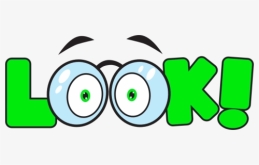 LIC is dangerous; not recognizing where and when LIC is being practiced is more dangerous still.  Ask yourself, why did the US President quadruple the number of immigrants pouring through the southern border?  The president is using LIC to breed paid agitators against the rightful citizens of America and illegally increase his voting bloc.  Why was President Trump denied his rights by Facebook; LIC.  By denying a private citizen his First Amendment rights to social media, Facebook can show a “strong and courageous” stand against conservative speech!  The rules have changed, if you do not understand LIC, you will lose, and America will continue to be lost.