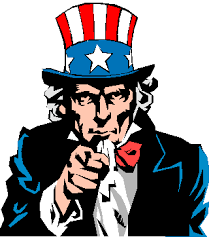 Since this article is being published after 30 April 2021, some people will presume that the day had passed unremarked, uncelebrated, or would dismiss the power of fasting as a religious thing.  How very wrong these people would be, but I am not here for them.  I write this article to encourage placing this day on your calendar as an annual event, like birthdays, holidays, or an important anniversary.

One of the few times the Senate under President Abraham Lincoln voted unanimously was on this resolution, introduced by Senator James Harlan of Iowa.  Adopted on 03 March and signed under President Lincoln’s hand on 30 March 1863.  The resolution came because the president of the United States needed a higher power.  He had reached the end of his knowledge, skills, and abilities and turned to a power greater than himself for guidance and direction.  I own several books on President Lincoln.  The depression, despair, and grief of the lives lost and shattered on both sides of the Civil War had worn this president down physically, mentally, spiritually.  He couldn’t sleep, could hardly be imposed upon to eat, and his closest advisors were worried about the president’s health.

Consider a time in your life when you have had substantial responsibilities, and everything you have tried has either failed miserably or made things worse.  That was the position President Lincoln was in when he proposed a National Day of Fasting and Prayer.  President Lincoln knew he was out of his depth; he had a contentious House and Senate.  He had a war raging where people and material cost the nation more than money and resources, and he needed a solution.  President Lincoln needed a checkmate, not just any solution, a game-changing solution that only the powers of heaven could provide.  What inspires me, President Lincoln knew where he could turn for answers because of his previous experiences.  Therein lay the lesson and reason for a National Day of Fasting and Prayer.

“The tragic pattern is so familiar.  It begins with curiosity fueled by stimulation and is justified by a false premise that there is no harm to anyone when done in privacy when done in privacy.  For those captured by this lie, experimentation becomes powerful stimulations until the trap closes and a terribly immoral, addictive habit exercises vicious control.”

The Confederacy got into the problems they had through experimentation with human bondage.  The sin of slavery was stimulated through prosperity and ease of work until slavery had infected every single colony and state in the Union, and a rebellion broke out over a State’s Right to continue enslaving people.  The repentance process took an entire country, millions of lives, millions of dollars, and generations of heartache and stolen potential.  Is it any wonder that the Civil War would require the best of everything that could be invented to finally get every person in America dedicated to ending the slave trades and human enslavement?

Every day we hear another politician or left-wing snowflake cry something is “racist.”  Yet, America has proved time and time again; we learned the Civil War lessons, we stand against human enslavement and bondage of any kind.  And yet, still, the cry is heard; still, the problems exist.

America is the number one country for modern slavery, called sex trafficking, human trafficking, and forced indentured servitude.  We have people disappearing and then reappearing either as a body in a ditch or as victims of sex crimes and slavery.  Why is a National Day of Fasting and Prayer still needed; so, we may learn the modern lessons of the Civil War and ask for, and qualify for, the help of heaven to rid America of these heinous crimes.

What other lessons can we learn from the Civil War and President Lincoln; let us start with the problems of gangs and internal terrorism.  The Southern Confederacy began as internal terrorism.  Don’t believe me; the Confederacy was not a recognized nation when Brigadier General Beauregard and his troops attacked Fort Sumter.  Hence, a gang militarized attacked a military installation and won.  Thus, launching the Civil War.

We hear of drug cartels along the Southern Border hiding in National Parks, growing drugs for the American illicit drug markets.  This is an act of war by terrorists, but the politicians will not send troops to fight this war and protect our boundaries.  Maybe, we do need the help of heaven to change the direction of America’s politicians.

We hear of shots fired across the border by gangs, drug cartels, and other modern-day terrorists.  Yet even though this is an act of war, the military is politically hindered in acting, innocent people die, and the politicians do nothing.  Maybe we do need the help of a power greater than ourselves to aid in ridding America of our enemies “Foreign and Domestic.”

Daily, America suffers from gang violence from ANTIFA, BLM, MS-13, The Bloods, The Crips, and so many others committing acts of violence, destruction of private and public property, taunting the police, and banding together to gain political power.  Maybe, just maybe, America could use a LOT more heavenly help curb the violence and end the internal strife caused by, encouraged from, and paid for through people seeking political power (LIC).

The problem with LIC (Low-Intensity Conflict) is that eventually, the violence gets out of control, and wars begin!  We have celebrities in Hollywood, and other wealthy people are investing in the violence these gangs are perpetuating. Our current sitting president donated funds to these groups while a candidate. By practicing LIC, all of America suffers and hangs in the balance between anarchy and civilization.  Of course, we need power greater than ourselves to help curb the violence!