Early in the first decade of the new century, a lot of research originated regarding the power of praise in the workplace.  The problem, it appears that this lesson has been ignored, avoided, or abused.  Business operations cannot long sustain energy in employees on a day-to-day basis without incentives; however, the individual employee chooses that which is valuable to them as an incentive.  Want a universal tool to help maintain and sustain employee motivation, issue praise!

Praise is an expression of approval or admiration, according to Webster.  Except, this does not frame a reference for what praise truly does or embodies.  Hence, when reviewing Webster, one must look further than the first one or two definitions, for then we find an expression of respect and gratitude.  Unfortunately, this definition of praise is often restricted to religious societies or the worship of a deity.  Yet, when we speak of praise, expressing respect and gratitude is precisely what is needed when we discuss business and motivating employees.

From Latin, praise originates in the word pretium (price), then later Latin as pretiare and is compared to the word prize.  Consider this for a moment, a prize motivates competitors, but praise encourages all.  As a point of reference, from Latin to Old French, praise and prize were considered in the same French term preisier.  Hence, the etiology, or history of the word praise, was initially defined as “setting a price upon or attaching value.”  Why is this important; how many people are driven by the price or the value attached to an item?  Now, translate this to human interactions, and we find the need for attaching value to a relationship between people as a human need.  People need praise to ascertain their value to another person.  A critical aspect of human interrelationships is the willingness of people to issue praise to other people.

Praise can be a compliment; Mark Twain said, “I can live for two months on a good compliment.”  A compliment is issuing praise, attaching value, and providing a person a prize.  When researchers used fMRI to look at the brain, issuing praise to a person was equal to giving someone cash!  Better still, praise lowers blood pressure, releases chemicals in the brain to form relationships, and so much more;  yet, we too often disregard the complete etiology of praise and sacrifice praise to religious communities and never issue a kind word.

This point cannot be stressed enough; identity is how someone evaluates themselves.  Ideology is the identity placed into action when no one is looking.  Identity and Ideology feed into behavior in many ways, but generally comes down to the following reason: “I want respect from someone else and to gain that respect, will sacrifice identity, and shift my Ideology.”  Consider a thief who wants to change his behavior. He first must overcome his identity of a thief.  In choosing to overcome being a thief, they will sacrifice their current identity and peer relationships to meet the new identity’s desires will eventually reshape their Ideology and behaviors.

Let’s presume that our thief has found a religious type, a moral lifestyle that is sincerely desired; this thief values more the new identity than the current identity and will force themselves to adopt that which is valued by the religious society selected.  Hence, the thief will make different choices for thinking, acting, and believing as a means to learning new behaviors for the opportunity to belong to a new society that is regarded better than a thief’s culture.  Hence the connection between praise and desire to relate to something or someone new.

Types of praise and limitations!

There are three different types of praise: 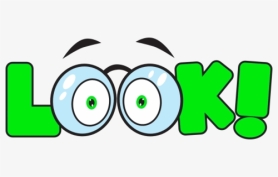 The power of praise!

Governor Anderson Elementary School, Belfast, Maine, I spent a LOT of time in Principal Murphy’s office for classroom behavior issues.  All these many years later, I remember walking into her office, seeing all the red-ink reports on current behavior problems, and receiving praise.  The principal knew I deserved a tongue lashing, I knew I deserved a tongue lashing, but I received praise, which made all the difference!  I left that office more motivated to change and live differently from any previous tongue lashings and punishments.

Better still, I was not the only recipient of praise correction who fundamentally changed their behavior to obtain additional praise from Principal Murphy.  I had several friends who experienced the same treatment from Principal Murphy, and we have all lived differently from that moment.  The best part, I have used this event several times and witnessed the power of praise in advancing a person from one lifestyle to another and succeed.

I worked in a call center; the Vice President walked around with two different colored post-it notes in his pocket.  Praise was one color and was issued directly upon witnessing the behavior, and if there were growth opportunities, that was handed to the supervisor for a private conversation.  Better still, the praise notes were allowed in the annual evaluation as a critical piece of proof of how good you were and improved your score for potentially earning a bonus or a pay raise.

What is the power of praise; incalculable!  Hence, if you find yourself in problems with employees’ behaviors, if you need to increase employee motivation if you need to change a company culture, issue praise!  Start issuing honest, sincere, and unbiased praise.  Create praise moments by actively looking for the good your employees are currently doing.  Praise is an excellent segue into training an employee to improve.  For example, “You are doing a great job counting this inventory; are you aware of methods to increase productivity?”

Praise is like clay; how you employ praise will directly influence the final product!