Long have I argued with myself how to complete the needed article on America’s most important founding document, “The Declaration of Independence.”  I thought I would merely write the article, then I argued about how long it would be as I add commentary, then I debated what should be included as personal commentary.  Hence, there is a prelude and a postlude planned for this important document, and over the coming days, all will be written and posted.

The Declaration of Independence was a legal notice of charges filed with the then King of Great Britain, presenting facts, logic, and legal grounds for ending the relationship with Great Britain.  Long has The Declaration of Independence intrigued me.  Long have I wondered the how and why of the declaration’s wording and structure.  Then, I asked what would happen if a majority of the states disregarded as “Fly-Over States” made a similar document to the Federal Government that run away our money, left us in terrible debt, lied, and beguiled the citizens, and treated America like cat vomit on an expensive rug. 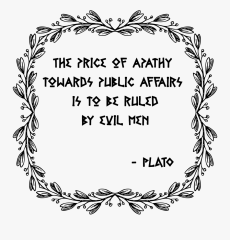 “Prudence, indeed, will dictate that Governments long established should not be changed for light and transient causes; and accordingly all experience hath shewn, that mankind are more disposed to suffer, while evils are sufferable, than to right themselves by abolishing the forms to which they are accustomed.”

Currently, the American Citizen is suffering from “governments long-established” and “abolishing” the government to which we have become accustomed looms larger every day.  Long have I asked, “Do you trust your government to represent you and not the special interests, lobbyists, and personal interests of the current politician in office?”  Federal, State, local government, do you trust the office holder?  Would you invite them into your home to babysit your children, pet sit, or watch your home while you went on vacation?  Your answer is your choice, and the consequence affects all of America equally.

I know my answer; I do not trust the government’s current representatives locally, State, and especially Federally.  I refute my right to be governed by such soulless and despicable people!  I refuse to be associated with anyone who plays skin color, race, gender, etc., games over character and ability.  Business, media, or political, I hold the same disdain!  Twist words to plasticize and reign in tyranny, and I will refute and oppose you every step as I will not bow to tyranny!

Yet, from all my observations, this is where America currently sits.  Worse, many of the Democratically Elected governments across the globe find themselves in the same boat as America.  Politicians are more interested in minutia than in working together to solve problems.  Despots threatening war and the nations of the Earth sit in silence, twiddling their thumbs and complaining about claptrap and doggerel, chasing their tails in circles, instead of taking definitive action to thwart the evil in the world.  Worse, being so wrapped up in the influencer culture, they forget they are temporary elected representatives, not hereditary political classes with life-long appointments.

From The Declaration of Independence, we find words that fit today’s US House of Representatives and Senate almost perfectly:

“The history of the present King of Great Britain [US House of Representatives, US Senate, and US President] is a history of repeated injuries and usurpations, all having in direct object the establishment of an absolute Tyranny over these States.”

Debt is long-term captivity.  Taxation without representation through printing money and the Federal Reserve, including Quantitative Easing, deprives value of savings and increases debt. They are depriving farmers and ranchers of the ability to compete inside America for shelf space in supermarkets and the theft of farm goods to regulate prices.  The refusal to balance a budget and scrutinize the government’s operations, wasting time and energy on tasks outside their two mandated jobs and the list of grievances grows daily!  Tell me, and be truthful, is it not time to throw off the current government and reclaim the rights and privileges under the Rule of Law?

Let me state, again, only for emphasis; I am NOT advocating for armed rebellion!  I am advocating for a change in the paradigm we have accepted as “government.”  For too long, we have suffered as the US Government’s property as declared by Charles Reich in “The New Property,” and America needs to correct this governmental action!

Now is the time to decide, are you stamped, “Property of the US Government?”  If not, why should we, the citizens of a representative government, allow ourselves to be treated as such any longer?  Are we scared and frightened kittens hiding deep in the shadows, or are we the proud inheritors of a heritage of freedom and warriors worthy of taking on the greatest challenge to liberty and freedom, an inert and intractable government?

These questions and more need answered as we discuss The Declaration of Independence.  How you answer individually will collectively result in change or death to the US Constitution and the Republic of the United States of America.  Worse, if America falls, so will the rest of the democratically elected governments across the globe, and the world will slide into barbarism.  Anarchy is too small a word for the resulting confusion.

I know my answer; I choose a “Liberty FIRST Culture,” where I am protected by the Rule of Law in a constitutional republic!  Join me?