It never seems to change; the powers that think they run the world want everyone drinking the Kool-Aid of emotional entanglement.  August 2020, I wrote the first chapter on apathy, empathy, and sympathy; unfortunately, the events of this past week have shown that a return to this topic is both necessary and urgently needed.  What worries me is that too many still feel they must share emotions to prove their care towards something or someone else, an idea that is 100% false! 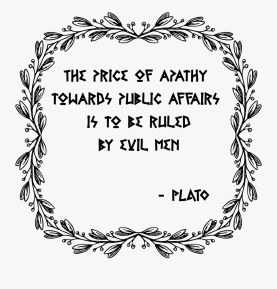 Apathy is all about a lack of enthused concern.  Being apathetic is a choice to show no concern, emotional connection to an issue, or interest.  The choice to be apathetic is personal and does not indicate that a person is heartless; simply that the person being apathetic is making different choices where emotion is concerned on a topic.  Choosing a different emotional response to a situation is a good thing and reflects intelligence in understanding emotional pitfalls and emotional problems leading to problems and chaos.

Empathy, of all the emotional pitfalls, empathy is the most devious of this list’s emotional responses.  Empathy is all about acting like you understand another person’s emotions, and you have a personal desire to share those emotions.  Empathy is fake; empathy is a choice one exercises in the attempt to control a person or situation through emotion.  Being empathetic is a skill set learned as a manner of defense or, for the more nefarious, to control others.  Empathy is nothing more than faking concern.  By encouraging empathy, a person with authority is looking to steal control over enough people to contain a group through that group’s emotional connections.  By choosing to be empathetic, control over the cognizant emotional choices is given away to someone else for momentary social gains.  Shift the social environment even slightly, and empathy becomes foolish.  Still, people will continue to look for something to emote about, even after being caught feeling ridiculous about being empathetic for social gain. 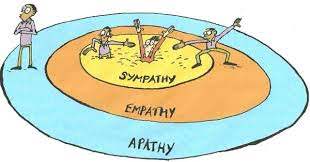 Sympathy is a process of coming to a common feeling in a social setting or group.  The emotional pathway journeyed by people or groups to feel the same emotions for someone else’s emotional state.  Sympathy is the most dangerous of the emotional tools on this list, not for the one experiencing the sorrow or misfortune, but for those who jump in with the person feeling the sadness or experiencing adversity.  Understand, the sympathetic person attracts other sympathetic people, like moths to a flame or lemmings to a cliff.  I have met people who were so sympathetic with another person in my travels that they thought they had contracted cancer, become pregnant, or had an addiction to dangerous drugs.

The 800#-Gorilla in the news is COVID-19; the corporate media is using sympathy and empathy to garner support for the government to continue the lockdowns, the mask mandates, the economic decline, and to refuse and refute those governors in the U.S. who want to return to business as usual pre-COVID.  Sympathy for the dead, empathy for the families left behind, sympathy for those in hospitals, empathy for those first responders struggling with COVID cases, and so much more.  The logic is never equal to the emotional marionette strings, and heaven forbid someone approaches the media with facts.  Want more proof that the media is only interested in the emotional gamesmanship of sympathy and empathy; look to historical records of Ebola in the US, Swine-flu, Avian-Flu, SARS, MERS, annual flu outbreaks, and other viral outbreaks.  You will find headlines blaring a need to sympathize, empathize, and emote in a specified manner, or you are considered heartless, uncaring, and a host of -isms that make no sense, except to those demanding an emotional response.

Consider the “influencer culture” that has gripped the world for more than two decades as social media has swept the world.  In case you missed the definition of “influencer culture,” it is all about people with above-average influence on an audience.  The best influencers have built their reputation online for being an expert in some particular niche or are cashing in on their popularity through sports, politics, or Hollywood. They are similar to key opinion leaders but usually have gained their reputation more informally through their online activity.  Consider the emotional diatribes regarding Lady Gaga’s dogs being stolen.  Heck, I don’t even know who or what a “Lady Gaga” is, but I know a dog theft is not that big a news item.  Yet, how many days has your newsfeed been filled with this story?  Worse, BBC and Time have run follow-on stories about dog thefts and tried to raise “public awareness” of a problem, demanding empathy and sympathy from the audience due to influencer culture.

I saw a headline in my newsfeed that had me laughing, “What the U.S. owes Iran?” authored by Ryan Cooper.  My answer was first a low-yield nuclear bomb, at about 150’-agl, and a smile!  My second answer is not fit to print.  My third and fourth answers were similar, but to have the author advocating for the fraudulent President Biden to “budge first” was an absolute farce!  Still, even on this topic, the author begs the audience to have sympathy and empathy for Iran’s citizens and political structure before America and the rest of the world, who have been victims of Iran’s tyranny and terrorism over the last several decades.  Is the pattern clear; when emotions of empathy and sympathy override common-sense and logic, control of the audience is no longer individually held but collectively controlled. 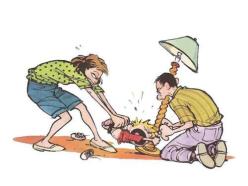 My newsfeed has been clogged by some spoiled brats who fled a palace in the United Kingdom for fame and fortune in America and some stupid interview with Oprah.  Beyond that, I have no clue what their pampered beef is and could care less.  Yet, this entire week has been filled with demands from the crown for sympathy and empathy, cries for sympathy, and empathy for the runaway pampered couple in California.  As well as cries for Oprah who is not a big enough girl to stand criticizing memes and people who use her as a meme are “digital blackfacing.”  Digital blackfacing, what a plastic term of useless indignation which is masquerading as a call for sympathy and empathy.

How do people move forward?

The following are suggestions; I employ them for my own sanity.  I make my own choices and live with the consequences, and I urge you to consider the same:

I promise as you review and reduce your emotional investments, you will experience a feeling of liberation like you have never known before.  Stress levels drop, time becomes available for other activities, and a more conscious choice of emotional investing makes you a better person to be around.  Stop giving away your emotional liberty to those who would control and destroy you, be they children, friends, employment, media, politics, etc.; you can be free of emotional chains.

3 thoughts on “NO MORE BS: Apathy, Empathy, and Sympathy – Chapter 2”