I wonder if maybe affirmative action is not just dead but ready for the waste pits of history.  I was refused a schedule at a McDonald’s in a small Utah town after being hired and trained.  Why; because a local workforce specialist pointed out to the franchise owner they had no mentally challenged people in their workforce.  Thus, in a time of depression, where college-degreed people competed for entry-level jobs, I and ten others were “bumped” from the schedule to accommodate affirmative action.

Cohen (1996) affirmed federal hiring has a set of laws, with exceptions for every rule, to justify not hiring individuals.  I have personally witnessed this in Albuquerque, NM, for the better part of three years.  All while there are specific laws in Albuquerque to hire veterans first.  Law does nothing but provide excuses for manipulators to excuse their behaviors. 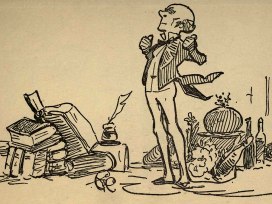 At the V.A. Hospital, the Forestry Service, Social Security Offices, and so many more local, state, and federal government offices, the hiring managers refuse to hire veterans.  Using every trick, legal loophole, and multiple other hiring paths to keep “undesired people” from being hired.  “Undesired people” includes people with handicaps.  Even though through Schedule A hiring, Federal Policy claims they have top priority in government hiring and veterans, spouses, and dependents with specific federal benefits, minorities (including men, people of color of all shades, American Indians, etc.).  All the best jobs, positions, and perks are awarded through nepotism and the court of public opinion.  The hiring system is structured in such a way as to remain in legal compliance to affirmative action while denying those for whom the law was supposed to help.  Thus, affirmative action is a shield protecting lousy behavior instead of as a tool to improve workforce hiring.

Harasztosi and Lindner (2015) discussed how the minimum wages cost jobs and excluded the neediest citizens from employment.  I contend that affirmative action has negatively impacted minorities, men and women, disabled people, etc., most significantly using the principles and logic of Harasztosi and Lindner (2015).  Rules demanding social behavior always most significantly and negatively impact those designed in the law to enjoy the most benefit.  It seems to me the following from John Adams applies, the U.S. Constitution “… was made only for a moral and religious people. It is wholly inadequate to the government of any other.”  Hence, the path forward is not more laws to avoid, but less.  The way forward is the societal education in morals as governed through a religious society; atheism is a religious society, and the belief structure fits well in the path ahead.

Historically, there are no legal, moral, or ethical reasons for affirmative action.  Affirmative action, and the diversity policies feeding the modern workplace adopted after affirmative action, barely have a legal foothold, let alone a justifiable reason for existence (Brazelton, 2016; Oppenheimer, 2016; Pierce, 2013; Young, 2001).  Human Resources is the capitalization of human capital to meet organizational needs.  When the capitalization of human abilities is appropriately affected, the effort becomes work, leading to finished products or services for sale to consumers. When not adequately modified, the capitalization of human skills turns into waste, loss, confusion, and the organization will eventually “fall an unpitied sacrifice in a contemptible struggle” (Bloom, & Kamm, 2014; Typographical Journal, 1892).

Sykes (1995) defined affirmative action as “… [T]he set of public policies and initiatives designed to help eliminate past and present discrimination based on race, color, religion, sex, or national origin.” As promising as this sounds, affirmative action remains the biggest farce crammed down the business community’s throats since the Federal Income Tax. By focusing, as this definition states on “eliminating discrimination past and present,” the entire country forgets the wise words from Master Oogway in Kung Fu Panda, “Yesterday is history, tomorrow is a mystery, today is a gift; that is why it is called the present.” By focusing on the past, we project the same problems of the past into the future, ruining both the present and the future.

Now that Affirmative Action has pampered more than two generations, we have more women and minorities in the workplace with the same skills as white males, and the same problem exists in deferential hiring, differential treatment based upon race, gender, and other politically acceptable groups.  People who want to work, start early, work hard, and prepare for better jobs through education, experience, and single-minded determinedness. Those who do not wish to work create excuses, live off the government dole, and remain entrenched in ignorance, causing poverty, loss of self-esteem, ruined families, and a host of social problems that those who are working have to deal with and pay taxes to the government who started the problem in the first place. All the while, these same workers have to fight affirmative action and diversity policies for new jobs, promotions, pay increases, etc., including all the issues associated with a minimum wage and associated costs (Harasztosi, & Lindner, 2015; Hawkins & Sowell, 2011).

These are my thoughts, and I welcome your comments on this topic.  A “Liberty FIRST Culture” allows for disagreements in opinions as a means to improving a situation.  I have listed my sources for the views shared.  I have listed my experience with affirmative action.  Feel free to disagree and comment accordingly.

Young, I. M. (2001). Equality of Whom? Social Groups and Judgments of Injustice. Journal of Political Philosophy, 9(1). Retrieved from https://search-ebscohost-com.contentproxy.phoenix.edu/login.aspx?direct=true&db=a9h&AN=4335602&site=ehost-live&scope=site