Due to familial connections and from deep love of Maine, I hold in my mind and heart the 20th Maine Regiment, led by Col. Joshua Lawrence Chamberlain.  The 20th Maine Regiment held the “Little Roundtop” at the battle of Gettysburg; the unit’s heroism, valor, and dedication are key to the Union obtaining a victory on the bloody fields of Gettysburg.  Col. Chamberlain won a Medal of Honor for his leadership that day, a monument has been raised to the men of the 20th Maine, and a unit citation was awarded for their combined action.  Each member of the 358-man regiment played a crucial role in the battle for the Little Roundtop, and without their combined strength of character, the activities of the 20th Maine would not be the story it is today. 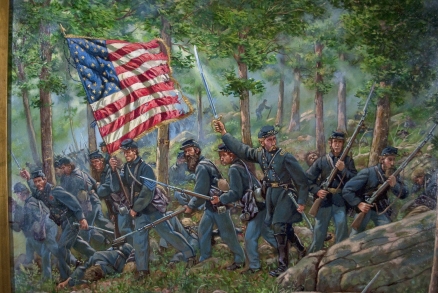 The 20th Maine began as an afterthought, a mistake, or even just a wrong decision.  The 20th Maine was a unit comprised of extra men leftover from other new regiments created in Maine. It was not one of the state’s favorite fighting units — No county claimed it; no city gave it a flag, and there was no send-off at the train station.  Worse, when the two-year enlistees of the 2nd Maine Regiment went home, their three-year enlisted comrades mutinied and claimed since their flag went home, so should they, regardless of their contracts.  These mutineers became the seasoned warriors the new 20th Maine needed to make their heroic stand possible.  A point of reference, Andrew J. Tozier, a mutineer from the 2nd Maine, was made Color Sergeant of the 20th Maine in a ploy to help the mutineers feel more esprit de corps for their new unit, the 20th Maine.  The ploy worked, and Color Sgt. Tozier plays a critical role in holding the middle of the regiment together and securing a victory.

Why does this matter?

History across the world hinges upon the individual efforts of one, which inspires many, and greatness ensues after the struggle.  Do you believe that you count in the liberation and freedom of your society?  Do you know that your daily efforts change the world?  Are you conscious of the power for good you possess and exercise daily?

You matter!  Do you believe this?  If not, why?  If so, what do you plan to do today to make a bigger impact?

You are important and worthy of that importance in the life you live.  Dr. Seuss taught us this lesson as kids claiming, “Today you are You, that is truer than true. There is no one alive who is Youer than You.”  Dr. Seuss also said, “Be who you are and say what you feel, because those who mind don’t matter and those who matter don’t mind.”

Col. Chamberlain was under orders to shoot the mutineers of the 2nd Maine; all 150+ of these men had earned their fate for treason.  Col. Chamberlain knew many of these men, had grown up knowing their families; some were even friends and associates.  Instead of shooting them, he worked with them, and they agreed to join and fight with the 20th Maine.  Making the 20th Maine stronger and more able.  Col. Chamberlain’s actions at this moment is the hinge upon which victory would swing in the 20th Maine’s first contact with the South on the battlefield.  Can anyone select just one member of the 20th Maine as non-essential, no; hence you are essential and worthy of importance.

Because we are all connected.

Because we are all connected, you cannot sort out a single life as unimportant without destroying an entire tapestry rich in detail, full of exquisite design, and colorful to the eye.  I was in a Bahrain marketplace; I saw a gorgeous handwoven rug, Arabic in design, flat-out beautiful.  The weaver and his wife were selling the rugs they had made, I did not have the €1700 for the rug, but I loved the rug.  I told the weaver and his wife, we got into a casual conversation, and I learned a cool lesson.  The husband asked, “Pick a single non-essential piece of thread from this beautiful rug.”  I told him I could not.  He said, “that is because the whole truly is greater than the sum of its parts.” 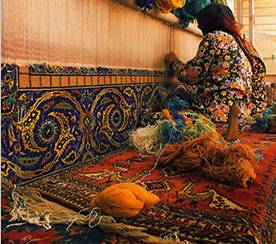 The American tapestry is woven through the lives of many into the grand and glorious tapestry the world looks upon.  The same is true for every country, because of you!  Your story, your efforts, your trials, your sacrifice, your beliefs, and your participation is the story of your country! 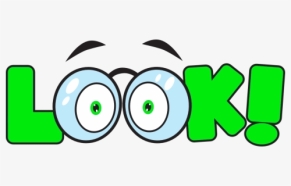 I would make this point perfectly clear and hope you will consider and begin to believe you are important!  You are essential!  Your actions change your environment, which changes the world.  One raindrop raises the sea; you are the raindrop that raises the sea!  How you learn and apply forms a rich and incredible tapestry your close associates and friends will look upon and model.  Your family is weaving a small portion of a greater whole.  Do you know what your ancestors have done?  If so, can you choose to do less?  If not, would knowing improve how you feel about your efforts?

“You are forgiven for your happiness and your successes only if you generously consent to share them.”
― Albert Camus

“Every single human soul has more meaning and value than the whole of history.”
― Nikolai Berdyaev

“Believe you are important.  Live like you are essential.  You are needed.  Become your dreams!”
– Dave Salisbury