Epstein is dead, how remains a closely guarded secret; Weinstein is in prison; both are accused of sexual improprieties, one is convicted.  2017, or thereabouts, California passed legislation that is similar, almost plagiaristic, to the Equality Act recently passed in the US House of Representatives.  Who did the plagiarism is up for grabs and beyond the scope of the article?  However, questions need to be raised regarding the Equality Act’s language in California and DC.  Shortly after the California version of the Equality Act went into effect, pedophilia became a conservation topic.  Eventually, California decreased the penalties of pedophilia, all in the name of “Love.” 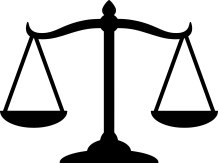 These are all facts; worse, these facts all point towards a severe problem, and one I would like to open a discussion about.  I repeat, only for emphasis, I am not judging.  I desire logical, non-emotionally charged discussion on a serious moral topic relevant because some people have refused to exercise control and have allowed their bedrooms into the public arena for inspection and discussion.  Again, I do not care about your preferences and choices, homo- heterosexual makes no difference.  Keep your private life private and the public square free of sexual actions, and I could care less what you do or choose to be; provided, your sexual preferences do not interfere with or harm anyone else’s rights, privacy, and liberties.

Epstein and Weinstein are in trouble because of their sexual proclivities, one specifically for sex with underage women.  I want to know why Epstein is in trouble, but Kevin Jennings, President Obama’s Assistant Deputy Secretary of the Office of Safe and Drug FreeSchools at the US Department of Education, who promoted NAMBLA (North-American Association for Man-Boy Love Association and the other members of NAMBLA are not in legal trouble?

The following is an account of a person and family I am deeply aware of, not a story about me!  A man I know had a wife (20-years of marriage), two beautiful children, was an alcoholic, and from the time he was 12 until he was too old at 18, the local bar owner groomed him for a homosexual relationship as part of his job!  The job benefits included any drugs the boy desired, cigarettes, alcohol, the ability to drive the bar owner’s vehicles, but the work required a lot of overnight specials.  This man spent many years overcoming his demons and the alcoholism that ruined his first marriage, and the alcohol that almost killed him.  Unfortunately, the little town this man originates from had this problem for many years; the fact that young men were being hired and groomed for male-to-male sexual relations was an open secret in the town.  No help ever came to this man or any others before or after.

Of all the crimes that people perpetrate against children, pedophilia is an absolute abomination deserving of the harshest methods of mechanical castration the human mind can invent!  I stand by this claim and will not move because the LGBTQ+ crowd wants to call it “Love.”  Pedophilia is not about “Love;” it is Lust, Greed, and Sexual Desire perpetrated upon innocents and must cease!

Yet, the passing of the California Equality Act and the penal code changes where pedophiles are concerned was considered a natural evolution in correcting abuse of a targeted and misunderstood population.  How can pedophiles posing as homosexual predators of young children be considered a “misunderstood population?”  Sexual relationships between a man over the legal age of majority (18) and a child under the age of legal majority is a crime.  Why is the same standard not set and applied to those who groom young men or young women for homosexual intercourse treated equally?

Any teacher in a school Male/Female sleeps with underage students of the opposite sex is a crime.  Absolutely!  Not reporting these relationships to the proper authorities is a crime.  But, Kevin Jennings was told about a homosexual relationship between a student with concerns and a grown man, and not only was he not punished for not reporting this relationship, but he has also been heralded, shielded, and praised.  Homosexual relationships between grown men and young boys, grown women and young girls, are still pedophilia, and not criminalizing this population is a double-standard.  Why the disparate treatment under the law?

Are we aware of how big the problem is?

Martin Luther King Jr. is quoted as saying, “Morality cannot be legislated, but behavior can be regulated. Judicial decrees may not change the heart, but they can restrain the heartless.”  The LGBTQ+ communities have a group called Gay Lesbian Sex Education Network founded by Kevin Jennings.  My research makes me shudder to think about what is being taught in K-12 Education instead of Reading, Writing, and Arithmetic.  While a substitute teacher in an English class, the department head thought it completely acceptable to bring in literature that contained graphic and pornographic reading materials for sophomore, junior, and senior high school reading.  His excuse, “I just want to know the students are reading books.”  Seriously, real events, real people, and actual reasons, and I remain horrified at what was offered as literature for reading.  The books were provided to the school free of charge by GLSEN in partnership with NGOs on fighting illiteracy and national associations for reading.  It kind of makes you wonder where your tax dollars are going and why America’s students are functionally illiterate.

I am a strong advocate for improving literacy, empowering liberty and freedom through a more literate population, and growing a generation of children into responsible and knowledgeable adults.  Until that child reaches the legal age of majority (18), that child cannot, and should not, be exposed to materials that the parents find disturbing, immoral, and relationships that take advantage of their youth and naivety.  Yet, this is precisely what is occurring in public schools across America, and I remain highly concerned.

In the Old Testament, Proverbs 22:6, “Train up a child in the way he should go: and when he is old, he will not depart from it,” is a double-edged sword, akin to Damocles’ sword, and the consequences for training a child wrong means their life is ruined!  My friend, who was abused as part of his job, had his innocence and childhood stolen.  I talked to high school students who have been victims of predatory homosexuals; they are scared, they are being abused, but they feel stuck because of the double-standard in the law.  In my graduating class, a young woman and a young man had been molested in homosexual relationships; one tried committing suicide, the other fought depression and anxiety.  Neither one has been able to conquer these crimes from their childhood.

Worse, I have stories of predatory homosexual youths who prey on their classmates, and since the relationship is homosexual and between minors, there are no legal protections.  In one story, the nurse who was informed of the older classmate’s predatory nature offered tips on safer homosexual sex and sent the confused and hurt student back to class.  Who speaks to the depravity that has been injected into K-12 schools?  Who speaks for the victims who got into a sexual relationship and discovered they weren’t ready or did not want that type of relationship?  If the relationship was heterosexual, there are help groups, laws, and forces arrayed to help.  Why not for homosexual encounters? 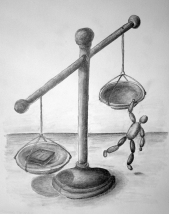 Why was the Equality Act fast-tracked, and what will be the outcome where pedophiles and predatory humans are concerned?  The LGBTQ+ community is always talking about equality; where is equality for the victims from homosexual predators?  I want answers.  What I am witnessing is not my America, and I want to know why double-standards have been intentionally written into law to protect predators and not victims.