Frankly, I laugh at a part of the title of this post.  “Power to the People” is a common sign seen at mass demonstrations, based upon the lie that the people somehow lost power and that power needs to be returned from wherever it went, to the people, whoever they are.  The people in a democratic society already have control over the government.  In fact, the government cannot take the power of the people away because they fear the populations they have abused, like all tyrants in history. 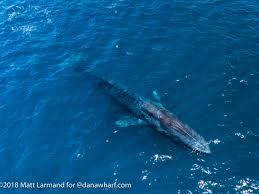 Consider for a moment the blue whale.  The biggest mammal on earth swims in the ocean and can grow to be around 100 feet long and displace 200-tons.  Does the ocean rely upon the whale, or does the whale rely upon the ocean?  The answer is obvious; the blue whale, as massive and majestic as it is, depends upon the ocean for survival.  The same is true of the government!  The government cannot survive without the people, just as the blue whale cannot survive without the ocean.  The consent of the governed can be given and taken from the politicians as the people decide.  Hence, tyrants fear the people they oppress, all while enjoying the spoils of oppressing the people.

Every revolution in history started when people believed they had reached the point of no return and took upon themselves the power of self-rule.  The French Revolution, the American Revolution, the various feudal fights across Ireland, Britain, and Scotland, the multiple Chinese and Russian revolutions, India, Israel, etc., all are boiled down to this simple and inescapable fact.  When the people have had enough, the politicians fear and scramble, then they are held accountable, and the people claim the powers of self-rule.  Until the people forget their parents’ lessons, the fight for freedom, the liberties of self-rule, and begin to vote in oppressors, the cycle begins anew. 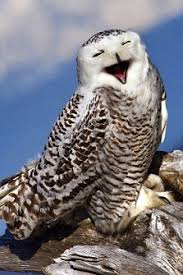 Hence, I laugh at all the fools and tools that carry these signs, for they know not what they want, nor do they accept the responsibility they claim they desire.  I have seen signs proclaiming “Power to the people!” in various languages, various wordings, and in Maoist and Marxist ideologies since I became aware of the world.  I detest these simpering tools and fools who spout their Mao, their Marx, and Stalin but reject the responsibility and the damage these societies create.  The clowns and puppets wearing Che Guevara on their clothing make me wonder about the chess pawn axiom and how the pawns are the first to die in battle.

When Hillary Clinton came out wearing her Mao jacket, I understood the consequences of choosing better politicians from those able and willing to run for public office.  More, I understood the need for cleaning the house when a politician runs amok and needs to be removed from office.  I have learned to detest those who consider politics a game, and even worse those who “play the game” with the people’s liberty and freedom while abusing the citizenry!

I make clear the following, repeating myself only for emphasis.  I do not care about your political flavor or leanings.  I only care about keeping the United States of America a free Republic, under God, for my children’s children to enjoy.  Political parties come and go, politicians come and go.  The liberties and freedoms of the US Constitution will only endure by making better choices at the ballot box, raising our voices in city councils and school board meetings, and demanding those who desire to oppress being held accountable before a judge and jury. 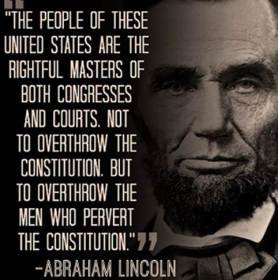 President Abraham Lincoln gave America Proclamation 97.  Take a moment to read this very short but powerful proclamation, and consider living this proclamation this 30th of April 2021.  What would happen if all the people who love liberty, who call themselves Americans, regardless of belief, obeyed this simple proclamation as a prayer for help against the tyranny and oppression we are now experiencing?

Is not the government’s mandates and policies for COVID-19 as oppressing and freedom stealing as a civil war?  Would your answer change if, because of their money, specific populations of American’s were allowed to forgo the COVID mandates?  Simultaneously, those who do not equal in financial strength are treated to the harshness of government tyranny.  Is not the National Debt, State Debt, City/Town Debt, and School Board debt sufficient to enslave and punish those not born because the politicians have allowed funded and unfunded loans to be borrowed in the people’s name?  Are these chains of captivity not life-stealing enough to pray for forgiveness and beg for a reprieve?

What about the forced illiteracy imposed upon the people by the politicians now long dead, who despised a literate people and demanded that their liberties be stripped through ignorance?  Is this not a sufficient reason to plead to a power greater than you or me for supplication and divine interference?  To plead for an end to this misery caused by generations of politicians from all parties who had robbed, cheated, blinded, and harmed us long before we were born.

I had the great privilege of reading the history surrounding Proclamation 97.  The President knew not what else he could do as a mortal man to end the American Civil War.  So, driven to his knees by the loss, the shattered lives, the destroyed families, the national debt climbing to fight the South, the President looked to the one hope he knew could help.  More importantly, when proposed to the Senate, the Senate approved the measure.  With a careful understanding of the timelines, a person can begin to see the Civil War changes that brought a swifter conclusion to that bloody affair after the National Day of Fasting.  Can we stand to be accused of doing less by our Children’s Children at this tragic and pivotal moment in American history?

Every religion I have studied, including atheism, recognizes there is power in fasting, even if the power is only better health.  While atheism does not realize a higher authority than self, and prayer to an atheist is a joke, every other religion I have studied holds a similar bond to fasting and prayer.  Recognizing the need for help from a greater power, realizing that the problems have grown too large, but still those problems need resolution, a person can go to a source for inspiration, guidance, and solace.  I suggest repeating the National Day of National Humiliation, Fasting, and Prayer, as laid out in Proclamation 97.

Let us, the citizens of America, stand together, kneel together, supplicate together, and arise stronger for the experience of being unified in asking for forgiveness and for divine assistance from the hands that made this country great.  Let us join in a national day of supplication for relief from what the government has become, the great millstone about our necks.  When a company wants to declare a new culture, specifically towards becoming safer, they declare a day, and they set apart that day as a “Safety Standdown” to teach, train, and launch a new culture.  Well, America needs a new political culture, one where Liberty is First in every freedom-loving person’s mind, where liberty and literacy can find fertile soil in the mind and heart to grow.  Where from the wrongs, right might begin to prevail.

Let us honor a national day of fasting and prayer and see how fast divine assistance arrives!  Let us throw off the chains and shackles and prove to ourselves that we have not and are not helpless beached whales, but the mighty and powerful ocean of voices screaming we will not allow liberty to die!