One of my favorite movies is based upon James Gurney’s “Dinotopia” book series.  In which several truisms are the way of living for the people and dinosaurs on the island.

I liked these values so much; I decided to make my own list.  I included everything from James Gurney’s list, and then I added the following:

Over time I have added some, removed others, and I fully admit the list is not permanent.  But, the list remains essential.  Rogers and Hammerstein wrote a song called “Cockeyed Optimist,” and too often, that song seems primarily written for me.  I love Nellie Forbush singing this song from the movie “South Pacific.”

When the skies are a bright canary yellow
I forget ev’ry cloud I’ve ever seen,
So they called me a cockeyed optimist
Immature and incurably green.
I have heard people rant and rave and bellow
That we’re done, and we might as well be dead,
But I’m only a cockeyed optimist
And I can’t get it into my head.
I hear the human race
Is fallin’ on its face
And hasn’t very far to go,
But ev’ry whippoorwill
Is sellin’ me a bill,
And tellin’ me, it just ain’t so.
I could say life is just a bowl of Jello
And appear more intelligent and smart,
But I’m stuck like a dope
With a thing called hope,
And I can’t get it out of my heart!
Not this heart…

I choose to have optimism; yet, I struggle with depression and anxiety.  I choose joy; yet, I struggle, almost daily with chronic pain, mental distress, and have struggled mightily some days to avoid leaving this mortal coil prematurely.  Still, I am a cockeyed optimist and desire for better days ahead while working for those days today.

Why do I tell you this?

I bet you have principles and ideals you choose to live by, that you cling to when the chips are down, or as Shakespeare declared, “suffering the slings and arrows,” and that you use to celebrate when success occurs.  If you don’t, introspect, discover, and write down that which drives you!  See, when the days get hard, I sing!  I have no musical talent, and my musical knowledge can be poured into a thimble and not moisten the bottom, but I sing, which makes all the difference.  Sometimes, I cannot sing aloud, but I sing mentally, and that helps. 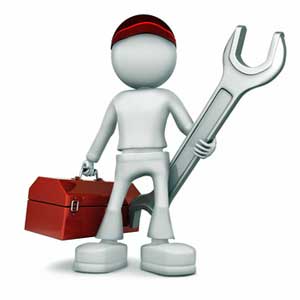 I have seen examples, repeatedly, where weapons are enemies to their owner.  I have an acquaintance who got so wrapped up in purchasing guns and ammo “for protection” he lost everything due to debt’s captivity, including his spouse.  Sure, the argument can be made this example was an extreme situation.  But, the thought remains that maybe we can change.  I am not claiming that weapons are not tools, nor that the world is so safe we can leave our homes unlocked.  I am merely suggesting acknowledging that truth and understanding are available in knowing the potential of a weapon to oneself.

I have encouraged people to praise daily!  No, I am not discussing prayer or singing hymns, although both are important.  I am talking about expressing gratitude, compliments, and sincere praise.  During my undergraduate degree program, I read an article about how honest and sincere praise is as good, or better, for the brain than cash.  The authors used fMRI to see the brain and measure the brain’s actions when praise and cash rewards were offered to a person.  Since that day, when I can create an excuse, I issue praise, provide a compliment, or simply express gratitude.  Be honest, be sincere, but issue praise; the effect is measurable and wonderful to witness.

Seeing people is more than seeing the person you interact with.  I was in a group discussion on homelessness in Albuquerque, New Mexico, one of the participants said, “I never see homeless people, is homelessness that big of a problem?”  On the other hand, I saw lots of homeless people, lots of people struggling, and a myriad of homeless situations.  I work to see people, I want to help, so I ask for eyes to see not just people, but an ability to help.   Often, the best I can do for them is issue a silent prayer, but when I have the ability, I do not mind sharing what I have.  But, seeing people is more than homelessness.

Case in point, on a consulting project, I asked who is the best worker in this environment.  No one knew who the most reliable person was, the most knowledgeable, the most agile, and the best worker was because they never saw the person.  The person was a woman who came and went quietly, who never made an occasion to be noticed, and was struggling with not being appreciated.  The day she was recognized, she wept.  The recognition was well earned, the sincerity of her peers was genuine, but she had been overlooked for so long that she had no idea how to accept being seen.  I do not care if you are the boss, or a worker, a leader, or a follower, see people, issue sincere praise, and notice effort.  Not to criticize, but to accept.  For the effort provided might be the best that person can do at the moment in time.

Long have I advocated for the reduction of the insistence upon multi-tasking.  I worked in a call center where multi-tasking was required, and the agent was so busy multi-tasking the customer on the phone was forgotten, abused, and disregarded.  Even though the call center’s purpose was to “help the customer.”  We all have horror stories of customer service interactions that enrage, alarm, and mystify; but, how many times has too much multi-tasking caused those customer service experiences?  Do one thing at a time, do it well, and then move onto another task; this was a moral in an Aesop’s Fable from my youth, and I think our society might need to revisit the tale and the moral.

I love food!  I am a major foodie that I can discuss food, ingredients, cooking chemistry, and so much more until the entire audience is hungry and angry!  I love discussing the history of spices; yes, I am a food nerd!  I am also unapologetic!  When I started living the principle of eating to live, not living to eat, I found the food more enjoyable, taste sensations I had not realized previously, and gustatory experiences that raised my awareness to levels previously impossible to achieve.  While I still love food, and my waistline represents that love, I have learned portion controls are essential to the mental enjoyment of food.  I am not perfect, but I am striving to improve.

Therein lies the lesson in writing down a value system you can voluntarily use to govern your life.  As a kid, I heard a comparison about people in groups being very similar to cows.  After milking and upon being returned to the pasture, dairy cows will run to a boundary and push on that boundary.  If the boundary is strong enough, the cows will congregate in the center of the field, graze, and chew their cuds.  They will huddle inside these strong boundaries for protection and be safe.  If the boundary is not sufficiently strong, the cows will spread all over creation, not eat, not chew their cuds, and will be lost and die.  The boundary is vital to the mental health of the cow.

Boundaries remain vital to the mental health and safety of the human as well.  Knowing your values is a prerequisite to living your values, and living a value-oriented life improves every aspect of your life.  Learn, write down, and then live.  It’s okay to fail, it’s okay to set hard values as goals to reach, and it is okay to have easy values that you can achieve with minimal effort.  Why; because the boundary is important, not the exact value.  If your value inspires you to action, it is a good value.  Provided your values do not harm another, steal property, or unfairly use another, live your values!