Paulo Lionni. “The Leipzig Connection” points out some history of great importance to understanding K-12 education.  As American students left the U.S. for Germany to study under Wilhelm Wundt in Leipzig, they returned to America and either landed faculty jobs in psychology departments or branched out into education, specifically training K-12 teachers.  Each of these returning students wanted introspection to be measured, believed the human was an animal with no soul or divinity, and each of them left impressions upon teachers entering classrooms of K-12.

The first of Wundt’s American students to return to the United States was G. Stanley Hall.  Hall became known for his intensive studies of child development, directly fostering the child study movement in America.  In 1904 Hall published his masterwork, the two-volume “Adolescence: Its Psychology and Its Relations to Physiology, Anthropology, Sociology, Sex, Crime, Religion, and Education,” welding experimental psychology to child education.  Never forget, many of these new K-12 Educators also crossed professional paths with John Dewey, who remained adamantly opposed to literate students.  Another name in early K-12 progressive education is Edward Lee Thorndike, who was fond of declaring, “Subjects such as arithmetic, language, and history include content that is intrinsically of little value.”

Progressive education is nothing but experimental psychology, renamed, remarketed, and reliving the experiments, over and over.  The ultimate example of Einstein’s definition of insanity repeats on every new generation of unsuspecting students.  The work of dumbing down students has been launched successfully at this point in history.

The way Ph.D. Education worked in the late 1800s through the early1900s; a doctoral student found a Ph.D. holder, mimicked them, and increased the original research by extending their research into future application.  Hence, the need to fully understand Dewey and his influence upon those who graduated as Ph.D. holders who went on to lead colleges, laboratories, and experiment on children in K-12 Education.  Dewey contended that the public schools must “take an active part in determining the social order of the future… according as the teachers align themselves with the newer forces making for social control of economic forces.” Further, Dewey insisted that “… learning occurred only through experience, that the stimulus-response mechanism was basic to learning, and that teachers were not instructors, but designers of learning experiences [Emphasis Mine].”

The shift in defining education changed the teacher’s role in the classroom. The insistence upon modern psychology having a free reign in the K-12 classrooms meant that the students were always being experimented upon, measured, sensory gratification induced, and socialized into education, not taught.  I have read accounts of progressive education experiences from England in the early 1900s, where the learning experiences meant some kid got pummeled by a bully, and the bully and victim had to relate what they learned from the experience.  Unfortunately, the same tripe is occurring in today’s classrooms.  While substituting, I experienced continual class time interruptions for standardized tests, surveys, information-gathering research, etc. All examples of modern psychology’s influence still treating K-12 students as pieces of information to be harvested instead of minds needing education.  My K-12 years were spent taking standardized tests, one in the fall, one in the spring, a big one at fourth, eighth, and twelfth grades, not mentioning SAT, ACT, ASVAB, etc.

What does a designer of learning experiences look like in reality?

I substitute taught in 4-APA English classes and 4-English classes for a period of almost 90-days.  The “designed learning experiences” included helping students feel Hester Prynne’s castigation while reading “The Scarlet Letter.”  Except, most of the students assigned to read the book refused. Those who read the book carried the “classroom discussions,” and the discussions never really discussed the book, the social issues, or worked to draw interest.  Worse, the majority of the student’s time was spent on workbooks with tear-out pages, where I, as the teacher, could only answer questions about the materials in the books, not teach the materials.  My hands were tied about how, what, when, and where I could instruct.  If a good discussion was started in an APA class, that discussion could not be continued onto another class, and many questions were forced unanswered.  Leaving frustration, social animosity, and producing a monumental waste of time.

I asked full-time teachers what they thought and was surprised that their frustrations were not more significant.  One particularly fine comment has stuck with me, “You either learn to live with frustration, or you get out of teaching.”  I am a third option kind of person; I want to change the system, save children’s potential, and keep the American Heritage alive for another generation.

Where does Teacher Frustration Originate?

One of Wundt’s assistants and a Ph.D. student was James Mc-Keen Cattell, who measured how adults read, then assumed children did not need phonics to sound out words but could read using whole word memorization.  Notice the logic problem here; the adults measured had learned how to read using phonics, then honed their skills over time.  Cattell wanted to skip the learning stage and the honing stage and have children jump into whole-word memorization without phonics’ building blocks.  Guess what happened; dyslexia was born.  Because the student never had a proper foundation to read, reading became a chore, a hassle, and a struggle.  The students in these progressive schools were handed an excuse, a disease, and reading comprehension standards, reading ability, and reading literacy dropped significantly.  Not to mention the literary arts, or the art of expression through language was lost entirely.

Admittedly, the most basic and essential skill a child needs is the ability to read.  Reading is paramount in everything a person does; math, science, history, language, etc., all depend upon the ability to read well.  Yet, Cattell removed the learning and honing experiences in reading, and the world has been worse off.  But, to refuse whole-word memorization and teach phonics in a classroom is a sin comparable to eating your own child. Want an interesting fact, whole-word memorization, also known as sight-reading, has been confirmed through peer-reviewed research as not increasing literacy rates.  Since Dewey was adamantly opposed to literate students, the psychologists won, and phonics was replaced.

Bringing the conversation to Charles Darwin and Darwin’s cousin Francis Galton.  “Galton’s theories held that ‘a man’s natural abilities are derived by inheritance, under exactly the same limitations as are the form and physical features of the whole organic world.’” Cattell quickly absorbed Galton’s approach to Eugenics, selective breeding, and the measurement of intelligence based upon race, poverty, and genetics. Cattell was later to become the American leader in psychological testing, and in 1894 would administer the first battery of standardized psychological tests ever given to a large group of people.”

Wundt maintained that humans are animals, and animal breeding is connected to Eugenics; thus, humans breed through Eugenics.  Eugenics is the practice or advocacy of improving the human species by selectively mating people with specific desirable hereditary traits. It aims to reduce human suffering by “breeding out” disease, disabilities, and so-called undesirable characteristics from the human population.

What is the problem with Eugenics?

Based upon Wundt’s beliefs and teaching, propagated by Dewey and instilled in the beliefs that psychology and pedagogical education are inseparably connected, the reader arrives back at Thorndike.  Thorndike proposed making “the study of teaching scientific and practical.” This is his definition of the art of teaching: “…the art of giving and withholding stimuli with the result of producing or preventing certain responses.”  Thorndike believed, taught, and wrote about how children are nothing but animals, the same as chickens, cats, dogs, fish, etc., and through stimulation, responses can be programmed.

For example, a child is handed an assignment book.  Keeping the book clean and neat earns them a star, doing assignments earns them a star, being clean, and a myriad of other “socially accepted stimuli” will earn them stars, with the promise of a huge reward at the end of the year for those who collect the most stars.  Programmed behavior became integral in pedagogical instruction methods, not training the mind to independence, responsibility, and accountability.  Like Pavlov, Thorndike wanted to stimulate a programmed response, controlling remotely those who were deemed lesser.  Including anybody who disagreed with their aims, methods and was not converted to Wundtian methods.

The problem is apparent, to increase liberty, freedoms, and reduce government size; conservatives must focus on, and win, the battle for the classroom K-12.  But only if you believe that a human has a divine spark, a soul, and is held accountable to an entity higher than oneself.  Many good people have been duped by plasticized language and the tyranny spawned from modular language, where the psychologists and pedagogical education cross.  Worse, there are faithful acolytes who not only believe that a human has no soul but are willing to enforce breeding programs to rid the world of unwanted traits and genetic undesirability.  The sad but undeniable truth, K-12 pedagogical education warfare has been waged and, supposedly, won by the modern psychologists, who fought without an enemy. 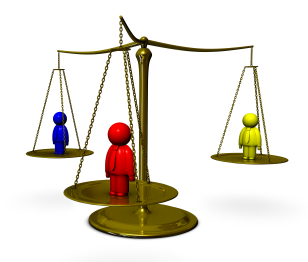 Forward action is explicit, we must stand against the tyranny occurring in the classroom, rooting out the progressive education that was sold, and enslaved us, or our children will lose this precious country.  There is no third option here, we either win the classroom and remain a Republic, or we lose the classroom and lose the republic.  First, we must learn and raise our literacy rates.  Second, we educate our children and increase their literacy rates.  Third, we challenge, respectfully and legally, the actions of those on school boards.

One thought on “NO MORE BS: The Historical Roots of Progressive Education”