The pattern left to the reader in the story of Dr. Jekyll and Mr. Hyde is one of foremost importance to what we are witnessing in democratically governed societies the world over.  If ever a time was presented when the people need to know and then act, that time is now.  I intend to start the conversation on liars, thieves, and hypocrites with clarity, example and offer for your consideration patterns that spot the deceit.  Once deceit is spotted, it is as glaring as a bloodstain on a white satin dress.  You cannot look past that mark!

What is a Hypocrite?

Hypocrites are those who wear masks of decency and outward morality, but live lives of deception, believing that, like Dr. Jekyll, they can live a double life and never be discovered.  From James’s New Testament writings, we find that “A double-minded man is unstable in all his ways” (James 1:8).  According to Webster, a hypocrite is one who practices hypocrisy.  According to Webster, those who practice hypocrisy are living, “the practice of claiming to have moral standards or beliefs to which one’s own behavior does not conform; pretense.”  To Nathaniel Hawthorne goes the last word on hypocrites, “No man (person) for any considerable period can wear one face to himself and another to the multitude, without finally getting bewildered as to which may be the true.”

What is a Liar?

According to Webster, a liar is a person who tells lies.  Lying is defined by Webster as, “an intentionally false statement.”  Is the distinction clear; the liar knows the truth and intentionally misleads the audience, always for personal gain.  From William Shenstone, we find an eternal truth, “A liar begins with making falsehoods appear like truth, and ends with making truth itself appear like a falsehood.”  The pattern detailed by William Shenstone is precise and speaks to one of the most deceitful practices of all, making truth appear as a falsehood to sell a bunch of lies.  As a kid, I was often told that the devil will tell you one truth to help you believe a thousand lies.

What is a thief?

According to Webster, a thief is “a person who steals, especially secretly or without open force; one guilty of theft or larceny.”  During my undergraduate degree program, another student would regularly plagiarize my weekly posts as their own work, then had the temerity to try and claim I was plagiarizing them.  I had a habit of posting the weekly posts the first day of the new week, the timestamps on my posts proved my work was mine, and the student eventually disappeared from my cohort.  Plagiarism is a fancy word for intellectual property theft.  Plagiarism used to get politicians kicked out of politics, except the current Commander in Chief is a well-known plagiarizer. He is being honored with keeping his job and getting promoted beyond his maximum level of incompetence.  The fraudulent president, Biden’s first act in office, was to plagiarize President Trump on COVID response, vaccine response and belittled President Trump for doing the right thing.

Why is this important?

The story of Dr. Jekyll and Mr. Hyde speaks volumes on issues being combatted right now.  Dr. Jekyll had conquered himself; his person was morally upright, had integrity, and had a worthy reputation.  But, then drugs came along, and the drugs made Mr. Hyde, who was evil incarnate.  Eventually, the drugs would no longer bring back Dr. Jekyll, and Mr. Hyde conquered, and Dr. Jekyll was destroyed.

All my life, I have been told, “Honorable people do not get into politics, and politicians never work at honest labor.”  Yet, I cannot help but ask, “Why are people who lie, thieve, and practice hypocrisy allowed to represent anyone?”  It was 1987-1988, while watching the presidential race get whittled down to Bush I and Dukakis, I heard Jesse Jackson and Al Gore one night talking, and thought I would not invite these people into my home, why are they allowed to run for president?  Over time this thought has returned, in one election between two particularly vile election choices (Obama and Romney) I was told to “Hold my nose, lift my skirts, and vote for Romney as the ‘lesser of two evils.”  I am happy to report, I voted for Donald Duck!

I will not give my permission to represent me, e.g., my vote, to someone I would never invite into my home as a guest.  I have had to learn to research candidates, research issues, use critical thinking, and even then, make mistakes.  Yet, I know that when we, the electorate, stand together and refuse the thieves, liars, and hypocrites a political office, we are better as a nation, a state, a county, a city, and a community. 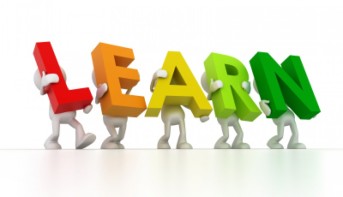 New York City Mayor De Blasio ordered COVID, infected patients, into long-term care facilities (nursing homes). The numbers are finally coming to light that 13,197 additional COVID patients were created, where 4080 died!  The mayor has refused responsibility for these deaths, pain, suffering, and increased medical costs.  The mayor of New York City has consistently lied throughout the COVID/Government Panic; people have died, resources wasted, and the person most responsible refuses accountability.  Thus showing Mayor De Blasio is a liar, a thief, and a hypocrite!

Big Tech, for several years now, has been actively engaged in intentionally misleading consumers.  When Facebook’s thought police remove data that asks honest questions as misleading, the consumer is being lied to.  When LinkedIn edits posts arbitrarily and refuses First Amendment rights to everyone, all consumers using LinkedIn are being stolen from, lied to, and LinkedIn proves it is a hypocrite.  Due to political leanings, Twitter illegally suppressing First Amendment rights to President Trump over a trumped-up charge is lying, stealing, and acting as a hypocrite!

November 2009, the Climate Research Unit became “Climategate,” ripped the scab off the festering wounds called Climate Change.  The emails released showed how statistics were employed to lie, cheat, steal, and then the hypocritical scientists claimed that their lies were truth.  Except, a lie cannot be a truth, and making a truth appear as a lie, does not change the lie into a truth.  By gaming the peer-review process, climate science lies have been peddled, and politicians have gotten rich off climate lies and climate lawfare.  I am not claiming that humans could not be better stewards of resources.  I am arguing that draconian government mandates are never the answer to changing behaviors of individuals.

The hinge upon which the lies, thieves, and hypocrites will eventually hang.

How does a person tell a liar from a truth-teller; the person’s intent.  How do you know a person’s intent; observe them.  Are their actions producing good results, or are they producing poisoned fruit and hurting others?  Intent is a legal term, and the following is essential as we observe for consequences of actions, words, and results.

What are the 3 types of intent?

Consider the following, Bill Engvall tells a story of his little toddler boy walking over to the sleeping cat and kicking the cat.  When questioned, the little boy claims, “It was an accident.”  Yet, the keen observer watched him walk across the room and intentionally kick the cat.  Last summer, Speaker Pelosi (D) deliberately refused, for political gain, to collaborate with other lawmakers and pass COVID Relief legislation.  Essentially refusing to perform her most basic job as a Congressional Representative.  Speaker Paul Ryan (R) intentionally refused to pass a budget, and the government was shutdown.  Intentions are the actions we take, regardless of our words, that prove where our priorities are and how we think about our jobs.

Consider the following headline from NPR, “After Record 2020 Turnout, State Republicans Weigh Making it Harder to Vote.”  The title itself is misleading, the article is very biased, and voting problems go deeper than the fraud and misfeasance witnessed in November 2020.  The 2020 primaries were a disaster!  The 2018 election cycle was a farrago.  The 2016, 2014, 2012, 2010, 2008, 2006, 2004, 2002, 2000 elections cycles have steadily worsened in fraud, idiocy in counting, technological blunders, and intentional theft of elections.  Hence, NPR’s intent is to employ smoke screens and mirrors to obfuscate and denigrate, lie, cheat, steal, and be hypocrites of the fact that the only people who receive help from poorly performed election processes are Democrats!  As a media channel, NPR’s job is to keep people confused so the charade of elections can continue. They are proving intent to harm and be hypocritical.

How does a person fight back?