Steve Hilton, writing for the Daily Mail, published a story on the 30th of January 2021, called, “The very divisive president: Joe Biden has unleashed a wave of wokery in his first ten days that will enrage millions – as his supporters in Silicon Valley shut down dissent, writes David Cameron’s former policy adviser Steve Hilton.”  The article is worth reading for the insights Mr. Hilton brings to the forefront on measuring the newest American President.  In reading this article, I found clearer cut cases of Dane-Geld being paid, which is my focus.  America, we must push back on the tyranny of Executive Order rulemaking end-runs around the US Constitutional processes, procedures, and the co-equal branches of US Government.  More still, check your local government and look for pork-barrel spending that is purchasing support, and call that purchase what it is, “Dane-Geld!” 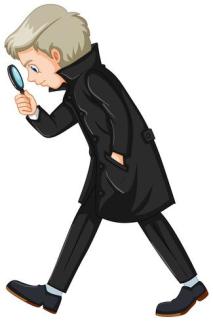 For example, killing the “Keystone Pipeline” through Executive Order was red meat to President Biden’s militant Environmental Dane’s.  Just like killing coal was a direct payment to President Obama’s Environmental Dane’s.  Purchasing support through government action or with taxpayer funds is illegal; yet, this President wants to do more than all his predecessors combined, as witnessed by the Executive Orders’ speed the orders are issuing forth.  Hence, not only is Dane-Geld an issue, but so is the rate of issue.  Why the rush?

Mr.  Hilton mentions the obvious mental issues the current President is suffering.  Is the speed of paying off the Dane’s, President Biden’s obligation to his VP Kamala Harris for her to have a ready scapegoat?  What backroom deals are powering the payoffs to the Dane’s who have spent the last four-years using every trick in the book to weaponize government?  Who paid for the demonstrations this previous spring, summer, and fall?  Who is paying for the ongoing terrorism in Portland?

Dane-Geld payments destroyed several nations, where the intent was to make the terrorist Danes go-away.  Why is the government issuing more Dane-Geld, and who is expected to “Go Away?”  President Trump issued 10-Vetoes in his four-year term of office.  His veto was always for specific reasons, which often included pork-barrel spending or egregious power grabs by the Federal Government.  For example, “Consolidated Appropriations Act, 2021” was full of issues not related to American’s struggling with the government made mess of COVID-19.  The embedded link takes you to the entire 5593 pages of insanity that were not read before voting, was not passed to benefit American’s, and was not passed to protect America.  Leaving one question, “Who benefited?”

Speaking of Dane-Geld, does the following leave feeling warm and comfortable that the legislative branch is doing their elected duties of writing concise laws and scrutinizing government?

Notwithstanding any other provision of law, no adjustment shall be made under section 601(a) of the Legislative Reorganization Act of 1946 (2 U.S.C. 4501) (relating to cost of living adjustments for Members of Congress) during fiscal year 2021 [sic].”

In a bill to fund the government without a budget, spend money not available, and purchase support through pork-barrel spending, the first order of business is to protect the elected representatives’ cost of living allowance.  Why?  Will Speaker Pelosi and then-Speaker Mitch McConnell please step to the microphone and explain why the hardships being suffered to pay taxes is not first shared by the elected representatives?  Speaking of questions and Dane-Geld, why is the Office of Management and Budget (OMB) not providing forecast reports on this legislation’s effects before being passed by the legislators?  If the legislation’s overall impact will be negative, putting the OMB Report off until after the bill is made into law remains a blatant abuse of power granted through the election process.  Who benefited and why?  Finally, today is the 31st of January 2021; where is the OMB report, and what does it say?

The “Consolidated Appropriations Act, 2021” declares the following, “… necessary for the practical and efficient work of the Department.”  I have a Missouri mentality, “Show Me.”  Show me where the funds provided are being appropriately used for the “practical” or “efficient” work of the various departments of the Federal Government!  The Senators and Representatives have two jobs, write laws and scrutinize government.  Since previous appropriations acts contain the same language, let’s use some actual examples needing scrutinization. 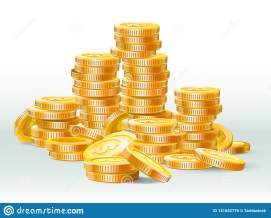 Dane-Geld is not just monetary payments to Danes.  Dane-Geld is paid by allowing Federal Employees to act like hooligans on a three-day pass from Dante’s First Ring, with impunity and zero accountability.  Dane-Geld is paid through favorable contracts, which is unethical and illegal.  Still, Speaker Pelosi could subvert these contracting regulations to put up useless plastic barriers so COVID positive representatives could vote her for speaker.

Dane-Geld is killing America, and Dane-Geld’s power is evident in all government levels, from the school board and the animal control officers to the office of the Fraudulent President.  I repeat, only for emphasis, that the solution to curbing runaway government is to look locally first!  Curb those Dane-Geld payers and hold them accountable for the disasters caused by their poor decisions.  For example, why aren’t the mayors and city councils of Portland, Seattle, Detroit, New York, Ferguson, Minneapolis – St. Paul, etc., being held accountable for the loss of private property, the damage of public and private property, all based upon paying Dane-Geld to terrorists? Indeed, there must be a hungry lawyer out there who could make the cases stick.

Dane-Geld is dangerous, and those politicians paying need to be held responsible.