Conservatives in America far outnumber the leftists; why do the leftists keep winning elections?  Strategy and organization.  The entire leftist agenda is found in books with crazy titles, off colors, and devious tactics that you will easily miss unless you are explicitly looking.  Some of you might still be wondering about polemics, but your liberal friends are not only well versed in them but actively practicing.  A polemic is contentious rhetoric intended to support a specific position by forthright claims and undermining the opposing position.  Polemics arise in arguments about controversial topics, and generally, the person screaming at you is trying to employ emotion to overcome your logic.

Now, I could care less than spit on a hot iron pan about Cloward and Piven.  I know many people have become rabid about these two and Alinsky.  However, if conservatives are to awake and arise, we have to stop seeing people as enemies like the liberals act.  We need information, we need organization, and we need to understand what is coming at us from those who choose to see conservativism as dangerous, flawed, antique, or plain stupid.  All of which conservatism is not!

The first leftist strategy, used every time a liberal opens their mouth, is emotion.  The liberals have chosen to be emotionally supercharged because there is no substance to liberalism.  The liberal leftists are jealous that their political model does not have sufficient substance to support logic.  What do you do; first know you choose your emotions.  Please do not give the liberal the power over your emotions; this is precisely what they want.  When you lose emotional control, you lose the moral high ground, and you lost.

The second leftist strategy, the leftist, will assume the intellectual upper ground, make them pay for their assumptions.  The leftist have learned their Marx, they know their Cloward and Piven, they have received schooling in Alinsky, and they are prepared to blast you with these talking points and more.  These articles keep bringing up a common theme, learning, and being prepared to use what you know to discuss openly the topics the leftists raise.  Countering this information requires personal knowledge, experience in teaching, and a tangible sense of humor to laugh at the diatribes of the rubes!

The following are questions you should be able to answer logically, succinctly, and persuasively:

These are only three questions.  I encourage you to ask others, answer them, and share the questions and answers as preparation for the time when you will be called upon to answer for the hope that is in you!  As a personal question, no response is needed, “Does supporting the U.S. Constitution, liberty, freedom, and the Republic of these the United States of America fill you with hope?”

September 2011, New Political Science released the Cloward and Piven article about poverty, originally published in May 1966.  The new release of “A Strategy to End Poverty” comes with a sob story introduction from Piven.  I do not care about her and Glen Beck’s disagreements, and frankly, dear reader, neither should you.  NO MORE BS is all about forward-looking and action.  I mention all this to help you understand the exaggeration and amplification that  Cloward and Piven have received by paying them a modicum of attention.

Some history, in May 1966, Democrats held the Senate, the House, and the Presidency.  President Abraham Lincoln is quoted as saying:

Pres. Lincoln’s quote is prophetic, as Cloward and Piven proved.  These authors wrote the “poverty” paper aimed explicitly at shaking up the Democratic Party and helping the poor through the larger government.  The first paragraph asks two questions: organizing the poor to press the government for relief and reorganizing and developing an array of activist forces.  Cloward and Piven intend to remove States from Welfare and make the Federal Government pay for poverty relief leading to a guaranteed income.  Remember, the history; the Democratic Party needed more voters, more activists, and better organization to mobilize the activists.  That there was a ready-made population needing representation in the impoverished was a bonus.

Never forget what President Jefferson said about government, for this is another instance of prophecy from a founding father and previous U.S. President!

“The legitimate powers of government extend to such acts only as are injurious to others. It does me no injury for my neighbor to say there are twenty gods or no god. It neither picks my pocket nor breaks my leg.”

Up to May 1966, the impoverished were encouraged to work, and different states approached the impoverished in their own methods and manners, as an extension of U.S. Constitutional States’ Rights.  Some states had a government solution; other states relied upon religions and civic-minded people, other states left the impoverished alone and did nothing for them.  50-different states approaching a problem in 50-different ways was unacceptable to  Cloward and Piven.  Thus, the teachers in one generation began instructing so that the next generation became activist government workers who established the Welfare Policy as an unconstitutional extension of the Federal Government.  Is the pattern of injury clear? 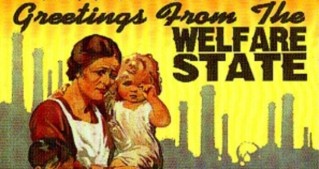 Although President Franklin D. Roosevelt focused mainly on creating jobs for the masses of unemployed workers, he also backed the idea of federal aid for needy children and other dependent persons. By 1935, a national welfare system had been established for the first time in American history.  Cloward and Piven are proposing to use activists to raise the plight of the poor to produce a massive expansion of the Welfare State, remove the remaining vestiges of individual state involvement, and force an enormous increase in Federal Government size and interventions.  Until 1966, the Welfare programs intended to get people off the dole; Cloward and Piven wanted to reverse this course so there would always be an actively aggrieved and impoverished population in America.  Is the injury to America clear?  Is the path used now obvious?

Remember, most of the adherents who learned their Cloward and Piven at the knees of these two radicals are currently running the U.S. House of Representatives, government bureaus, and other Executive Branch positions of the U.S. Government.  Now, several leftists have decried my claiming that Speaker Pelosi was ever in a college class with Cloward and Piven; frankly, that does not matter.  Speaker Pelosi’s action remarkably follows the patterns discussed by Cloward and Piven.  President Biden supports the same positions as Speaker Pelosi.  Too many of the Sixties’ children are now in charge, and they all think and act similarly.  Hence, it is correct to declare these people learned their Cloward and Piven at these two radical professors’ knees.

The third paragraph of the “poverty paper” talks about fomenting a social crisis.  “Precipitating a profound financial and political crisis.”  Where “The force for that challenge, [will be] … a massive drive to recruit the poor onto the welfare rolls.”  Using emotional drivel, quasi-facts, and half-truths as weapons to drive an emotional reaction, Cloward and Piven construct the argument to sunder America from self-reliance to government reliance for a majority of the American Population.  The expanded welfare program’s end desire is “… to wipe out poverty by establishing a guaranteed annual income.”

As concluding remarks, we return to history for a footnote on welfare.  In 1992, candidate Bill Clinton, a Democrat, ran for president, promising to “end welfare as we know it.” In 1996, a Republican Congress passed, and President Clinton signed, a reform law that returned most control of welfare to the states, supposedly ending 61 years of federal responsibility.  The “Personal Responsibility and Work Opportunity Act (PRWORA)” became law on 22 August 1996.  PRWORA granted states greater latitude in administering social welfare programs and implemented new welfare recipients’ requirements, including a five-year lifetime limit on benefits. After the passage of the law, the number of individuals receiving federal welfare dramatically declined.  Except, PRWORA has been blamed for what has amounted to bureaucratic inertia, dedicated poor classes of people being intransigent.  With these failures, the cry is being supported for reversing PRWORA and implementing a guaranteed income.

While PRWORA was hailed initially, PRWORA should have been a stepping stone to other changes to ease generations of families on government assistance off the government dole.  By treating all the impoverished in America the same, people are not helped into self-reliance.  Worse, life happens, and setbacks occur, neither of which can be settled by a bureaucrat picking winners and losers of welfare assistance.  Education is not a “golden ticket” to success.  Education is a gamble, and when you gamble, sometimes use lose, and even if you win, the gambling house always wins

As conservatives, we desperately need to understand the strategy of the left and organize.  We have to realize what Cloward and Piven have launched, a population of Americans deemed “forever poor” by the government and require coddling.  That this population of the poor is considered the activist army ready, at a moment’s notice, to be led into mischief, riots, and other social crimes as weapons to subvert conservatism, all led by the newest generation of government wannabes and intellectually superior people. 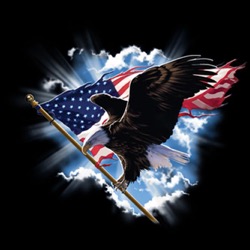 I am not here judging any person, family, or situation.  I am here to help; I respect those who struggle and win and those who struggle and fail.  I would see all of you succeed, not through government handouts, but an individual plan where you can achieve, gaining self-respect and dignity.  The current Federal and State Government Welfare Programs are designed to keep people forever poor so that a bureaucrat can remain employed.  That is NOT the America I believe in and support!

© Copyright 2021 – M. Dave Salisbury
The author holds no claims for the art used herein, the pictures were obtained in the public domain, and the intellectual property belongs to those who created the images.
All rights reserved.  For copies, reprints, or sharing, please contact through LinkedIn:
https://www.linkedin.com/in/davesalisbury/