Since the 1960s cultural rebellions by the children of the day, America has been slowly and inexorably torn asunder. We have been split along racial lines in the name of racial equality. We have been divided along sex lines in the name of love, peace, and harmony. We have seen rabid separation along political lines to the point where a sitting president can feel safe in physically threatening political opponents’ lives and never be held accountable. We have seen the dumbing down of America’s children through K-12 Education, and then the propagandization of those minds in colleges. We have seen neighbors trying to help neighbors and had the fist of government, wielded by petty authoritarians, create angst and trouble. We have witnessed a complicit and biased media throw away common sense for political power and openly aid and abet criminals in their work of destroying America.

All these problems and more have torn at the basic and fundamental power American’s have always had, unity. Unity is born of hope, fed a diet of accomplishment, nurtured with education and exposure to work. The unity of farmers has seen America fed. The unity of churches has seen America support religious freedoms and become a bulwark to religious beliefs worldwide. The unity of higher education schools kept standards for academic performance that paved the way for great minds to leave academia prepared to lead industries and stand against tyranny and oppression. The states’ unity has allowed America to weather fires, floods, tornados, hurricanes, and other natural and man-made disasters.

Unity of being “AMERICAN,” un-hyphenated, whole, and linked with other AMERICAN’s has seen compassion thrive, poverty fought, and hunger abated. The title “American” (Ah-Me I Can) is a statement of power! The power of “I can” built the Panama Canal and changed the world. When hundreds of people committed, who were accustomed to the motivating force of “I Can” and stood shoulder to shoulder, two World Wars were fought and won. Hundreds of brushfire wars were scuttled and despots removed for the betterment of society.

When America forgot the power of “I Can” Vietnam fell into disarray and ruin, and those who lost lives never came home, and the Vietnam Veterans castigated, denigrated, and derided. Cuba and Venezuela have been lost to communism and tyranny. The Ukraine has all but become a territory of Russia. Alliances have been written off, red-lines crossed with impunity, and more people have lost their lives. The political left was able to force shame upon America’s body, and in so doing, captured power that never should have been theirs. Refusing America, the ability to come together and unifying after Vietnam, the political left has continued pushing new forces of separation, new lines of contention, and new causes for concern until chaos reigns and terrorists can be called “peaceful protestors.”

America has suffered since the 1960s from the disease of disunity. We have failed to grasp the power we all possess, which is exponentially more remarkable than the sum of our numbers, when we boldly stand and commit to “I Can” America’s enemies’ quake and pale. Combined, “I Can” does not become “We Can.” Combined, the power of “I Can,” is a force greater than “We” because each person shoulders their own load, looks after their own families and friends first, and in doing so multiplies the power of “I Can” into the wonder and majesty that has lured millions of people to come to America and become citizens; that is unity in action!

A principle that the political left has failed to grasp and refuses to believe, we can have differences in opinion and still be unified in purpose. Americans have always been contentiously unified. We have regularly disagreed about ways and means, but until the 1960s cultural revolution, we remained unified in purpose, unified in belief, and unified under the rule of law. America, we must return to being unified, or we will lose this the Republic of the United States of America!

Consider how normal it has become to castigate California and New York for pushing America ever progressively leftist, socialist, and communist. At the same time, states like Oregon, Washington, New Mexico, and others are quietly moving socialist at the same or faster rates. Instead of fighting back against this intrusion, the political leaders have embraced something that is fundamentally anathema to the majority of Americans, the loss of America. These politicians could do this because the citizenry has been so wrapped up in petty separations imposed upon us by the same people trying to destroy us. We have lost our purpose, had our unity shredded, and remain in danger of losing America.

An example, illegal immigration, one of many similar issues; if you support the rule of law and fair play, you would see illegal immigration closed for the good of all current and future immigrants. But, between rabid and hostile factions, lawyers and judges who make their living on immigration, politicians needing low-information voters (which should be insulting to those being called this), and a complicit media, the person opposed to illegal immigration is castigated, denigrated, and derided. In contrast, those who are for illegal immigration, law-breaking, and chaos are heralded as heroes. Simple right and wrong, many of us were taught at our parent’s knee, but the issue has been twisted and warped until confusion reigns, and the issue now divides homes, families, and communities.

One might ask, what is America’s purpose; the US Constitution’s preamble gives this answer.

“We the People of the United States, in Order to form a more perfect Union, establish Justice, insure domestic Tranquility, provide for the common defense, promote the general Welfare, and secure the Blessings of Liberty to ourselves and our Posterity, do ordain and establish this Constitution for the United States of America” [Emphasis Mine].

That is America’s purpose and why America was created, why the US Constitution was written, and bloodshed to establish this country. Establish justice, create domestic tranquility, improve the general welfare, secure the blessings of liberty for ourselves and our children, and provide a common defense, which leads to a more perfect union. All this is possible through unity in purpose, where we, the citizens of America, understand that the rule of law is a tool to meet our obligations and represents a standard to rally around. 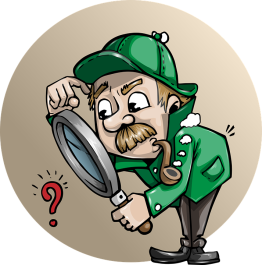 Want to know how far we have fallen from being unified in purpose; look at the hostility heaped upon a person not wearing a mask in a grocery store. Look at the vile and pernicious comments left when a police officer is killed. Check out the hate and discontent when you issue praise on social media to the sitting president for accomplishing peace deals in the Middle East. That is where disunity and all the petty lines of separation have left America.

Why is America different; because our unity has always been our strength. But, the strength of unity is like a muscle; if not used regularly, it begins to shrink and atrophy. President Lincoln said,

“A house divided against itself cannot stand.”
I believe this government cannot endure, permanently half slave and half free.
I do not expect the Union to be dissolved — I do not expect the house to fall — but I do expect it will cease to be divided.
It will become all one thing or all the other.

Either the opponents of slavery, will arrest the further spread of it, and place it where the public mind shall rest in the belief that it is in the course of ultimate extinction; or its advocates will push it forward, till it shall become alike lawful in all the States, old as well as new — North as well as South.”  Where is slavery in America right now; check out the following link.

Right now, America is in the same place as when President Lincoln made these remarks. We are divided; make no mistake. Either the opponents of America will destroy America, shred the Constitution, and remake the laws to fit their own idiocy catapulting America into socialism and thence to communism. Or, America will unify, rediscover her purpose, discover she is strong, and begin to thwart her opponents’ evil plans who have fraudulently been elected as political leaders, placed into professorships, and held in other offices of power by the enemies of the state.

President Lincoln’s full address can be found here and represents a blueprint for how America found herself in the first Civil War. Pray that we quickly learn the lessons of unity, that a second Civil War is not necessary! America must put on her strength, what strength must she put on, unity of purpose. Casting off the chains of separation, classification, and division, and embracing unity to conquer the political will and wiles of the socialists, communists, anarchists, and fascists who have taken advantage of America’s hospitality.

Where does a person start in unifying; I offer the following suggestions.

© Copyright 2021 – M. Dave Salisbury
The author holds no claims for the art used herein, the pictures were obtained in the public domain, and the intellectual property belongs to those who created the images.
All rights reserved. For copies, reprints, or sharing, please contact through LinkedIn:
https://www.linkedin.com/in/davesalisbury/

One thought on “NO MORE BS: Unity is Our Strength”