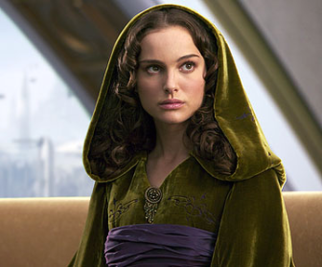 Padmé in “Star Wars: Revenge of the Sith” makes a powerful statement about the galactic war being fought, “This war represents a failure to listen.”  While Padmé insists that diplomacy is required, this is incorrect.  Diplomacy is the political game of charades, with smoke and mirrors of intelligence games.  Diplomacy fails because each sides agenda is more important than the words being spoken, which is why so much of the work done in diplomatic circles is done in “informal settings.”  Diplomacy fails to listen.

America is a Republic, rather America is a Constitutional Republic, where the rule of law as written is the supreme law of the land to which every citizen is bond.  In the world there are democracies, where the mob rules.  There are socialist governments where the fat of government is forcibly taken through taxation and doled out by the micro-ounce to those selected to win or lose.  There are still communist governments and monarchies where the leaders are pampered to the detriment of the citizenry.  Unfortunately, between these extremes are a host of other government types who borrow pieces from many government theories thinking they can escape the negative consequences of those government methodologies.

Yet again we find Padmé’s counsel appropriate and timely.  Before war begins, there is always a refusal to listen.  For example, it is historically accurate that the US Government had signs and warnings of the impending Japanese Attack on Pearl Harbor, but the US Government had stopped listening to adverse advice, and America paid dearly for that failure to listen.  Worse, war came, and hundreds of thousands paid in blood for that failure to listen.

The Russians thought diplomacy was the appropriate approach to Nazi Germany; and Nazi Germany made the Russians pay in blood for the failure of the government to listen.  Even though history has regularly taught the Russians not to engage in diplomatic solutions with Germans.  This was hardly the first fight between Germany and Russian troops and governments.  Failure to listen, and the citizens suffered tremendously to overthrow both Nazi Germany and then the chains of Communism.

Cuba has suffered under Communism and Castro’s poor ideas because government leaders refused to listen.  Venezuela fell because the governments in power refused to listen to each other, bribed the electorate, stole elections, and now a once mighty nation is starving while their government leaders sit in luxury.  How many times will this story have to repeat before the citizens of governments learn, we must be able to speak freely, and listen appreciatively, if we are to survive, grow, and prosper.

For too long, the powers of the world who consider themselves above the law have worked to keep the citizens separated into fighting factions.  Every conceivable line that can be drawn to distract, separate, denigrate, and deride has been drawn, and the only people winning in this are those drawing the lines.  Republicans against Democrats, Homosexuals against Heterosexuals, religions aplenty all against each other, state to state, NFL/NHL/NBA/NASCAR and so much more adding confusion and noise to the problem and further separating people along ambiguous lines to keep them from talking and listening appreciatively to each other. 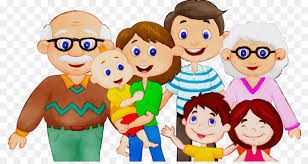 How many families cannot have a meal without choices of lifestyle and hostility ending conversation over a failure to listen?  Can a Chicago Bears Family survive long with a fan from Minnesota or Wisconsin?  What about the other choices people make in their lives, religious flavor versus another religious flavor; this simple line has been destroying nations since history began being recorded.  What do we see in the Old Testament; governments repeatedly failing because they stopped listening.

Please note, this is not a call to drop standards, accepting everything, and singing “Kumbaya,” while Rome burns, and society dies an ignominious death.  This is a call to cease destroying society and begin listening first!  Why were the riots this past summer so brutal and destructive; first the mob stopped listening, then they stopped talking, and then they started fires and terrorizing society.  Why did they stop listening; because they assumed no one heard them and cared enough to shift the paradigm, (patterns of thought and action all based upon selfishness and pride).

Why did Anakin stop being a Jedi; he stopped listening, then he selectively listened, he began acting as a terrorist, and then he became Darth Vader.  This plot line of refusing to listen is so prevalent and obvious because humans continue to make the same mistake.  When we stop listening to each other, we stop talking; when we stop talking, we become overwhelmed by our own echo-chambers, and create the chaos that ultimately destroys our lives, our dreams, and our futures until we begin to lay aside petty differences and listen to each other again.

The following are some launch points for improving listening in society:

Listening is a choice.  Listening is hard.  Yet, many people have pointed out that we have two ears and one mouth so we can listen twice as often as we speak.  Choose to reflectively listen, choose to reach a mutual understanding, watch society change.  It has been said that the US Constitution will hang by a thread, rule of law and the American Republic hang upon our decisions to listen appreciatively to each other and to stop allowing petty divisions to destroy ourselves, our families, and our American society.

© Copyright 2020 – M. Dave Salisbury
The author holds no claims for the art used herein, the pictures were obtained in the public domain, and the intellectual property belongs to those who created the pictures.
All rights reserved.  For copies, reprints, or sharing, please contact through LinkedIn:
https://www.linkedin.com/in/davesalisbury/