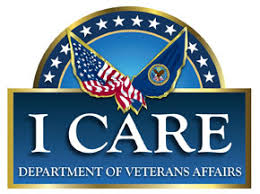 When the Department of Veterans Affairs (VA) does something good, I praise them.  The VA recently had a good report come from the Department of Veterans Affairs – Office of Inspector General (VA-OIG), apparently there was progress made in improving performance once policies were written down, training of employees occurred, and over time there has been an improvement, however small and seemingly insignificant.  I offer my sincerest congratulations on making progress and change on this issue. 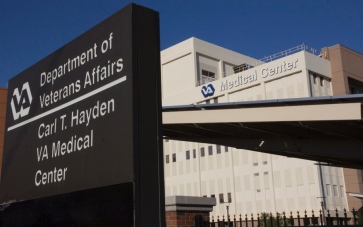 However, I will castigate and deride all abuses of veterans, myself included.  At the Phoenix VA Medical Center, the Carl T. Hayden VA Hospital remains a hotbed of bureaucrats on a power trip weekend from Dante’s first ring.  The abuses at this hospital continue and the leadership needs to be corrected!

For those who do not remember, the Carl T. Hayden VA Hospital in Phoenix, AZ used to be an award-winning hospital, a pillar of good performance, and an example of how VA Hospitals could be run.  Then, the director was changed, the hospital staff changed, awards stopped coming, and veterans started dying.  Leading to the fiasco of dead veterans on paper waiting lists, during Pres. Obama’s reign.  CNN reported on April 30, 2014, that at least 40 United States Armed Forces veterans died while waiting for care at the Phoenix, Arizona, Veterans Health Administration facilities.

On 29 June 2020, I reported to the VA ER sick and in desperate need of assistance.  The assistance was refused because I cannot physically wear a mask.  In my medical records, it is noted that I suffer from shortness of breath and any mask exasperates this problem.  In direct violation of Federal Law that commands all emergency rooms to see whoever walks in, the ER staff refused me service due to the “Mask Policy” as part of their “Covid-19 response.”  No options, no exceptions, no excuses, I as the patient could either endanger my health or find a different hospital ER.

The Emergency Medical Treatment and Labor Act (EMTALA; 1986) is a federal law that requires anyone coming to an emergency department to be stabilized and treated, regardless of their insurance status or ability to pay.  EMATALA also dictates that no person can be refused treatment in any Emergency Room.  The EMTALA is not new and is part of the training from day one for all staff at the VA.  For ER staff, this is the golden ticket and special care is taken to ensure this law is followed to the letter; rather, this law is supposed to be the premier standard from which good health care policy is built for emergency rooms.  Except, the Carl T. Hayden VA Hospital in Phoenix, AZ., and the Raymond G. Murphy VA Hospital in Albuquerque, NM., both appear to be the exception to EMTALA, by order of the staff bureaucrats, who are supported in their illegal and nefarious behavior by the hospital administration collectively, and the hospital leadership specifically. 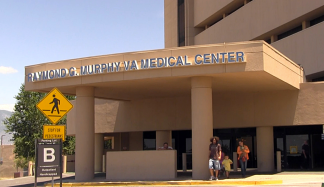 I have written previously of the patient abuse I witnessed, and reported, at the Raymond G. Murphy VA Hospital, in Albuquerque, NM.  I have written about the patients turned away by nurses and other staff because these staff members refused to follow the law.  I reported the risks and problems being run by refusing patients in the ER, and this all fell on deaf ears.  Well, I will not stop raising this illegal practice as a major concern for the hospital leadership all the way to Secretary Wilkie and the elected officials in Congress who refuse to act to improve the toxic culture found in the VA.

You, the bureaucrats in the VA cannot break the law with impunity and your actions are leading to major patient safety concerns, increased hospital operating costs, and putting real people in real harm!  I spent more than an hour in the VA Parking lot trying to calm my breathing down to safely operate a motor vehicle, so as to drive to a different hospital emergency room, where I was treated without ever having to deal with the mask issue.  While in the VA Parking lot, I was attended to by three Federal Police Officers who were willing to try and get me seen at the ER but were stuck trying to force the “Mask Policy,” regardless of my physical inability to wear a mask without causing additional harm and injury.  The Federal Officers were called because the ER staff reported a violent and non-responsive patient had just left the building.  I was both responsive and never violent in the ER.  Regardless of the fact that I was extremely short of breath, unable to walk, and unable to be seen at the VA.  When the officers found me in the parking lot, I could barely breathe and was so weak from lack of oxygen that I was graying out in vision and other major issues; thus, how the ER staff can say I was violent and non-responsive is beyond my comprehension. 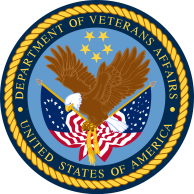 Where is the patient advocate in this problem; well, that night after being refused care I reported the problem to the patient advocates office via secure message, and the following morning, the patient advocate replies that “It is VA policy to mandate all people wear masks if they desire treatment.”  Not caring about the federal laws governing ER visits, not even bothering to mention that the treatment by the staff as reported was ludicrous and vile, and not even to bother to ask if I was seen elsewhere.  Just a brief, less than 100-word, statement telling me my concerns for my safety and health are not important and policy must come first.  The perfect bureaucrat, with the most detestable response it has been my displeasure to experience since the last time I visited the DMV.

I am sorry but everyone is required to wear a mask at the VA Facility. I understand you may have shortness of breath but you can wear a mask and undo one side every couple of minutes. This is for your safety and the others around you.

Will someone please explain how this can occur?  Will an elected official please demand a behavior change at the VA, and remain interested long enough to facilitate the solutions Sec. Wilkie needs to effect change?  How many veterans will have to die needlessly at the hands of the VA before the elected officials decide that veterans’ lives matter and the VA is taking our lives?

I get it, there are a lot of problems in America, and more in the world.  But, the US House of Representatives, instead of passing a budget, which they are statutorily mandated to do, is writing letters, and meddling in Israel’s business.  If the US House has the time to meddle and jump down every rabbit hole on the political landscape, they must have time to assist the veterans and improve the VA.  If the US Senate has the time to meddle, postulate, and pander, then they have the time to review the plethora of VA-OIG reports and begin assisting the VA Secretary in correcting the problems in the VA.

The saga continued this over the first two days of July and forms the bitter cherry on top of the crap sundae the VA is trying to serve the veterans.  I received a call from my primary care provider’s nurse who has the attitude of supreme petty authoritarian to a lesser subject, reminding me several times that the mask policy was political, trying to blame all hospitals in the region of implementing a similar policy (which is fake), and then trying to excuse himself by claiming he was just a messenger and not involved in the policy implementation.  Concluding the call, with the temerity to tell me that I was in the wrong to not follow VA policy.  The patient advocate had the effrontery of sending a message to me stating that I should have asked for a full-face shield instead of a mask.  Seeing as no face shields were offered as a workaround, seeing as the policy enforcers demanding only a mask as the single viable and allowed option, and seeing as I spent more than an hour while in extreme pain trying to be seen to no avail, none of that mattered, the patient was at fault, per the patient advocate. 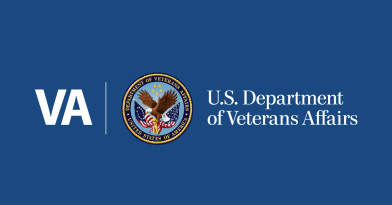 My cherub-like demeanor has taken a bloody beating over this incident.  Worse, my health has suffered tremendously and I have had to question myself and my advocacy of the VA.  The behavior of the bureaucrats and petty authoritarians of the VA at the Carl T. Hayden VA Hospital in Phoenix, AZ is detestable, and I can only conclude and wonder if I am having these problems, what are less outspoken and less knowledgeable veterans suffering?  I will not be the quiet little mouse in the corner where my safety and the safety of other veterans are being endangered by the politics and illegal actions of Federal Employees.  The policy is wrong and needs immediate revision before more veterans die at the hands of the VA!