According to the US Constitution, the President is the Commander in Chief of all the US Military branches including the National Guard and Coast Guard.  Article II of the U.S. Constitution endows the President with this power.  Article I of the Constitution gives the U.S. Congress the power to declare war; a purposeful separation of powers instituted by the Founding Fathers that underscored a fear of large standing armies and their potential to impede a free and republican society.  The term “reserve component” collectively refers to two organizations—the Reserves and the National Guard.  The Reserves are a Federal reserve force that augments the active component as personnel requirements dictate.

The reserve force is controlled by the US President and can be mobilized to meet the Federal Government’s needs.  The purpose of the reserves is to provide trained persons, available for active duty, in time of war and national emergency, and to fill the ranks of active forces when the mission demands. 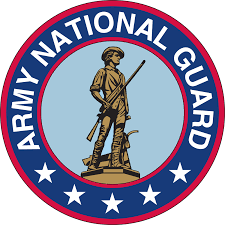 The National Guard has two missions—a Federal mission and a State mission.  The Guard’s primary mission is to support the States in times of natural and human-made disasters.  Guard units in each state can be mobilized by the Governor to provide support within the state or, under certain conditions, across state lines.  This occurs when the Governor declares a state of emergency following civil unrest or natural disaster.  The U.S. Constitution places control of the National Guard firmly in the hands of the Governors of each state, there are legal provisions that allow the President to mobilize National Guard units for Federal service.  The National Guard can be mobilized in whole or in part to support the nation in times of emergency, in response to national disasters, or in times of war.  The State Governors are subservient to the US President, and the Secretary of Defense, but answer as the Commander in Chief for the National Guard in their states.

The Posse Comitatus Act of 1878 forbids the use of U.S. Armed Forces in law enforcement activities on U.S. soil, except for the purpose of putting down rebellions or enforcing constitutional rights if state authorities fail to do so. The President can invoke the Insurrection Act of 1807 and go above a Governor’s head to activate National Guard troops if the Commander in Chief believes the response requires this action.  For example, school desegregation in 1957 following the Brown v. Board of Education Supreme Court decision, and again in 1992 during the riots in Los Angeles following the acquittal of police officers charged with beating Rodney King. 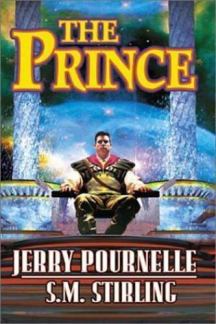 The US Constitution as originally drafted provided the American people the US House of Representatives as the house of the people.  The governors of the individual states received their own house as a means of keeping control of the Federal Government, the Senate.  The US Constitution was drafted to see the American Citizen on top of, and control, all the government entities with the Federal subservient to the states through the Senate, the people through the House, the judicial branch independent of the executive, and the legislative able to exert influence upon the executive.  The US Constitution had local governments to protect the citizen from the county, the county to protect the citizen from the state, the states to protect from the Federal, and all governmental bodies controlled by the individual citizen through legislatures.  The roles of governors and the power of the Federal Government have been corroded since the passing of the 17th Amendment 08 April 1913.

The 17th Amendment changed a constitutional dynamic and in so doing allowed the Federal Government to dominate the states, the House of Representatives lost the consensus of the people, and the growth of the government at all levels has been usurping the rights, freedoms, privileges, and power of the independent citizen for over 100-years.  But, before anything can be changed, the American Citizen needs to understand the role of government and the role of the citizen in government.

In discussing the role of the law enforcement official, (part one of this series), is as a community peace monitoring and behavior-modifying official, and tool of government.  A Military is a tool of the government, can command behavior changes, and uses force to empower obedience to the Government.  Consider the Tiananmen Square incident in China.  The local enforcement officials could not command the protests to break up; thus, the military was called in from the borders of China, to break up the demonstrations.

The Doctrine and Covenants, Section (Chapter) 134, of The Church of JESUS CHRIST of Latter-Day Saints (2013), provides clarification on the role of the citizen in government and remains a go-to treatise on government, law, and the citizen’s responsibility.  It must be recognized that governments are expected to be for the benefit and use of man, to create a good and safe society.  Governments use the law to dictate behavior, as agreed upon by the consent of the governed.  However, the government cannot and should not violate the “free exercise of conscience, the right, and control of the property, or harm the protection of life.”  The civil magistrate (law enforcement officials) are required to restrain crime, punish guilt, but never suppress or interfere with the freedom of the soul.

The role of the citizen in government is to support their governments, showing deference to the officials of that government, not support sedition, rebellion, riots, and so forth as destroy the peace and safety of the society in which they reside.  The role of the citizen is to be a vocal participant in their government is provided this opportunity, but nothing allows for, or excuses, rebellion, sedition, tyranny, or other such actions that destroy the common peace of that society.  The citizen requesting the laws be changed have a process for changing those laws and should make their petitions known to the government.  Hence, if a law enforcement official does something deemed improper, there is a system in place to review the situation and act if warranted.  The citizen does not have the right to take matters into their own hands.  Informed and proper action is spelled out in law; thus, use the law to improve the conditions, do not become a hooligan, and place yourself outside the protection of the law!

I would like to thank and acknowledge the work of SAMHSA for their contributions to this article.  As a precursor to the study of the military in society, I recommend J. Pournelle and S. M. Stirling’s book “The Prince.”  Truly this primer should be required reading for anyone desiring to learn the proper role of government, the military, and the association with the citizen.  Finally, the treatise on belief as discussed from The Church of JESUS CHRIST of Latter-Day Saints is a marvelous document that sits beside and compliments my copy of the US Constitution, Bill of Rights, and other American Founding Documents.