The recent acts of domestic terror in America have caused the need to teach, instruct, and edify on the basic roles of law enforcement officers, e.g. peacekeepers, sheriffs, police officers, agents, etc. in society.  American Society has two different peacekeepers tasked with the job of keeping peace in America, the military, and the police.  In this first of two articles, the role of the police officer is discussed, with foundational logic provided.  Imperative to understanding the role of police, we must first consider the role of government in America, as the police officer is but a tool of government policy.

Charles Reich (1964) wrote an article about “New Property,” where he discussed how that from WWII the government has been considering their citizens as property, how the bureaucrat picks winners and losers based upon a personal and often hidden agenda, and how this process has affected the law in America.  The premise that the government owns you, is here to protect you, and coddle you from the cradle to the grave, is the onerous millstone about America’s neck currently.  The size of government after WWII exploded and has done nothing but grow ever since; all because the bigger the government, the more the bureaucrat claims disproportionate power to inflict harm and enact a reign of terror, in the government’s name.

Visit a Department of Motor Vehicles and ask questions, ask “why” questions, and politely insist upon answers.  Visit a local zoning office, and refuse to accept their petty mandates regarding your personal property, try, and “fight city hall;” and you will face a bureaucrat. A bureaucrat on their own turf, who will make up rules to inconvenience you, simply because they can.  Everything that irritates a person about dealing with the government stems from the petty authoritarian actions of a bureaucrat, acting precisely as described by Charles Reich (1964).  Why has President Trump had so many problems with leading the Federal Government; the bureaucrats will not relinquish power “ill-gottenly gained,” and unconstitutionally acquired.  Why was President Obama able to lead the government so smoothly, the bureaucrats recognized in him the ability to seize power and took full advantage.  Resulting in the IRS being weaponized and illegally used against those deemed inferior to, or unworthy of, government largesse by a bureaucrat.  Why did President Reagan have so many problems with the Federal Government in his first term, and President Clinton not have any problems with the entrenched Federal Government; again the bureaucrats.  Those people that work in government, using government to get ahead, and have always privately dreamed of being Lord Tyrannus executing their will on others; in short, bureaucrats.

Michael Howlett, Chapter Two, from the book “Designing Government: From Instruments to Governance” (McGill-Queen’s University Press, 2005), stated the following, “Policy instruments are techniques of governance that, one way or another, involve the utilization of state authority or its conscious limitation[s]. …[S]ince they often affect the behavior of individuals in society… possess economic costs paid by the governed… are controlled by policymakers… and are designed to implement governance strategies.”  The police are but one such tool or policy instrument to affect the behavior of a society.  Each criminal class in the criminal justice system has a society with specific rules, obligations, and controllers of policy.  For example, the common thief looks down upon a child molester but is in turn looked down upon by a murderer.  As one of the most visible tools of government policy, the police officer as a law enforcement agent (including FBI Agent, Sheriff, etc.) remains a target of opportunity by those resisting police enforcement, as well as the political masters who make a mistake and blame the police officers for failing to grasp what is desired by the political master.  Please note, the law enforcement officer has one role, to serve and protect society.  Under that role, there are millions of ideas about how to “serve” and what “to protect,” how “to protect,” and where “to protect.”  Each politician as the creator of policy and user of government tools, dictates to the police their job, how they perform their job, what merits proper performance of their job, and much more.  Hence, the need to understand the lines of congruity between proper policing and government policies. 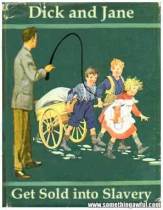 Consider the hammer, in the hands of a master craftsman art, is created by using the hammer.  In the hands of a child, generally, destruction occurs by using the hammer.  The hammer is not to blame for the destruction, nor praised for the beauty of the art, it is simply a tool to be wielded.  From this analogy, we find the reason, and often the start of, violent protestors, riots, lootings, etc. when the politician does not appropriately use the tool law enforcement official e.g. the police.

Let us review the Eric Garner incident in New York City.  The police officer performed his duty, using the allowed tools provided by the politicians in making an arrest, which included a neck hold that was deemed safe.  Unfortunately, Eric Garner’s health problems, environmental concerns (weather, physical exertion, etc.), and other factors played a role, and Eric Garner died at the hands of a police officer.  A highly regrettable incident.  But, did the politicians pay a price for their decisions to allow the neck hold; no!  How many politicians lost their elected positions over the poor decisions of their tool, to make this arrest; none!  But, the police officer involved became a household name, the media went crazy, and cities across America burned because of how the tool of governance (Law Enforcement Officials), effected their job (use of an allowed neck hold), in correcting the behavior of society (making an arrest).

The crime Eric Garner was accused of was selling unlicensed cigarettes; essentially, the government was complaining they were not receiving sufficient taxes for the sales of the cigarettes.  This is behavior the city, county, state, or federal, collectively called “the state” has deemed unlawful.  The police, as tools of government policy, were called to correct the behavior and recoup the taxes through fines and imprisonment, after a trial by Eric Garner’s peers.  That through Eric Garner’s untimely death, the government was denied retribution is another discussion regarding the role of the criminal justice system.

The point remains, the law enforcement official, police officer, sheriff, etc. is a visible tool of the government to adjust the behavior of the governed, at the expense of the governed.  Hence, one cannot separate the responsibility of how the tool is used, from the tool holder.  Like the hammer in the hands of a child when destruction occurs, you do not punish the hammer, you swat the bottom of the child.  As adults in American society, we hold the ultimate responsibility for how your law enforcement officials act, through the ballot box electing those who create government policy.  If you do not like how the police are acting, it is your job to elect someone different.  Thus, it is your responsibility, and as an adult to choose how your law enforcement works.  You have no right to be looting, rioting, and causing acts of violence, especially when the police act in a manner that you do not prefer.

As G.I. Joe said when I was a kid, “Knowing IS half the battle” [emphasis mine].  The other half, never mentioned, was taking informed action.  If your elected officials are “too soft” or “too hard” on crime, the blame lies with the politician enacting the behavior-changing policy.  If the criminal justice system is not to your liking, you as a free individual have two choices, use the ballot box to change the elected leadership, or move to an area that possesses the same ideals you support.  Take informed action; leave the emotional tantrums to children!

One thought on “The Role of Police in Current American Society – Knowing IS Half the Battle!”