Some friends discovered I was attempting, again, to work as a substitute teacher for Albuquerque Public Schools (APS) and told me to not waste my time and talents.  They then shared with me some of the recent changes and more issues at APS that shocked and horrified me.  I do not have a student in the APS school district; thus, all I can do is relate their stories here in the hopes of generating enough angst that someone in the Department of Education will rip the scab off the injury called APS, and begin some sunshine disinfectant.

While discussing teacher performance, another classic APS child abuse issue was uncovered, all while a good teacher is being forced out of her position.  Because of the teacher drought, APS is experiencing, and due to reduced registrations in a Bi-Lingual education school, an illiterate teacher in both Spanish and English, who had to pass a state-mandated test to get the license to teach bilingual students, is going to keep her job for another year.  This intellectually challenged teacher has been reported to APS more than a dozen times for swearing, insulting, and not being able to teach; but this teacher was just offered a full-time position teaching bilingual students, when she cannot speak/read/write in either English or Spanish at an academically acceptable level to teach others.  Due to falling registrations, a Kindergarten teacher, who was the last one hired at this school, is being laid-off.  The teacher, being terminated is a stellar teacher, works hard, is well-liked by staff, parents, and students.  Since joining APS, this phenomenal teacher has been assigned to “catch” those students from the most impoverished homes and get them up to speed academically.  Reported by all who know this teacher, she is exemplary in her assigned duties; fully 180-degrees separate from the illiterate teacher who landed her job under shady circumstances or nepotism.  Yet the bad teacher is being kept and the good discharged.  APS, and by extension, the NM Professional Licensure board, are committing child abuse on such a scale, there should be criminal charges.

I have been in business a long time, and one of the fundamental rules of business is if people are assigned to work, and mandatorily required to put in extra time, those people must be paid for their extra time.  In discussing job mandates and requirements with more than forty-different full-time, substitute, and EA instructional staff members of APS, a regular theme arises; if the school mandates the instructional staff is required to work, they will not be paid for their extra time.  For example, the EA discussed above, was called to substitute teach, spent 90-minutes after work writing notes to the regular teacher, and will not be reimbursed for her extra time.  Please note, this is 90-minutes on top of her regularly scheduled, non-paid, mandatory overtime.  Thus, every day, this EA loses 90-minutes of pay at the end of the day and between 60 and 90 minutes at the start of the day, with no reimbursement to cover this employer-mandated time.  With a regular school year average of 38-weeks, 5-days per week average worked, and roughly 150-minutes per day unpaid, an average EA salary of $15,116.50 ($9.95 per hour), this EA is losing approximately $2,836.70 each school year.  Where is the NM Department of Labor?  Where is the NM Legislature?  Where is the NM Public Education Department (NM PED), who also happens to be in charge of overseeing licensure?  As I understand this is a widespread general practice for all teaching staff, but I can attest that the administrators leave promptly on time and arrive on time, and if they must work late they are reimbursed for their time.  Why is the teaching staff treated differently?

With a total grant budget of $1.6 Billion, no numbers have been found for the amount of tax revenue APS is handed, the school district is certainly well funded.  From the 2018-2019 school survey on APS performance, we find a common theme from the citizens to the APS school district, reduce administration costs.  The answer from APS school administrators was to, “Increase Counselors, Social Workers, Security and other staff to support our student’s mental and physical health … Increase Custodians across the schools [sic].”  The Albuquerque Journal reports that APS is the lead agency for taking tax dollar revenues.  With Bernalillo County and City of Albuquerque, plus property taxes, all being collected at ridiculous rates, APS must be getting a significant chunk of revenue; still, APS demands more money “For the children.”

Understanding checkpoint, we have more than one instance of a teacher unable to perform their duties, and verbally abusing students.  We have a functionally illiterate teacher who landed her position based on either shady circumstances, or through nepotism, and we have a recorded phenomenal teacher being summarily discharged during a teacher drought.  We have citizens, parents, and a concerned community begging for reduced administration, where APS then responds they are increasing administration.  Then we have non-licensed staff forced to work outside their licensure because the administration cannot obtain substitute teachers, and teaching staff forced to work extra hours without proper compensation.  Where is the public outrage?  Where are the lawyers?  Where are the politicians demanding answers?  These problems are not new to APS; why the silence? 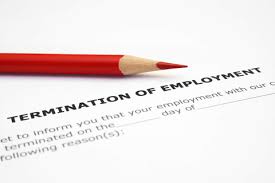 During the summer of 2019, for the first time in 15-years, APS full-time licensed teachers received a pay raise.  Not for the first time in 15-years, the teachers saw a slew of additional requirements, mandates, and reductions in alternative licensure to “pay” for the teacher pay raise.  All while the school board received yet another pay increase.  The voters have already told APS NO on a slew of tax increases and bond sale schemes; however, in November 2019, APS is trying again to raise taxes, raise money, and raise administrator salaries.  Albuquerque, the next time Bernalillo County, City of Albuquerque, or APS asks you for more money, ask them when they will deliver education to students, a reduced administration, and fix the teacher drought?  It is blatantly apparent to me that when APS, City of Albuquerque, or Bernalillo County claim, “It’s for the children,” they really mean they want a pay raise on your blood, sweat, and tears; tell them no!

The images used herein were obtained in the public domain, this author holds no copyright to the images displayed.