Several years ago, I spent a significant amount of time trying to explain the different types of money to a very inexperienced young man.  I was highly unsuccessful; so, I take this opportunity to explain various types of money and how they work in the scheme of things.  I hope this explanation helps others to not only understand their own money, but also to become more cognizant of how governments spend your tax money. 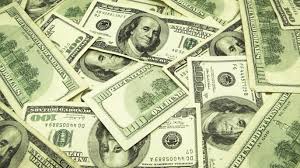 Green money is often called liquid money or liquid assets, liquid because the holder is presumed the owner, who is in possession of it and who can spend it freely any way he wishes.  Possession is nine-tenths of the law.  One of the first lessons most of us learned growing up was if you wanted to buy something and your pocket was empty you went without.  Liquid assets are cash, green money, and are available to be spent in any way the holder chooses. 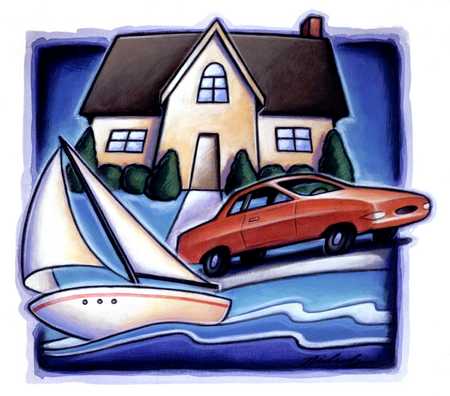 red green money as a result of their sale; this is why a house, a car, a boat, and other such items are considered assets.  The sale of the asset provides the opportunity to turn a non-liquid asset into a liquid asset.  However, since many times the asset is employed as collateral for a loan, the sale of that asset means the loan holder is paid first from the sale.  If the resale value is insufficient to cover the full loan owed, the loan, which is red money, can still be collected; this process is why red money is so important to understand.

Red money is debt.  Red money always comes with a penalty called interest.  Interest is green money turned red to return the profit to those who lent the initial funds or principle.  That debt, be it a loan, a credit card, or other debt model, remain

s a burden to the borrower, continues to accumulate interest, and can be called due at any moment in time.  While some laws protect the borrower from excessive interest rates, it remains important to know about and be cognizant of the interest rate trap.

The interest rate trap comes in several forms.  While in the US Navy, stationed in Norfolk, Virginia, a sailor buddy bought a beautiful car for $4000 with a 45% interest rate.  He put $1500 in green money down, so the full loan amount, principle and interest, for 60-months was $7805.49, including the sales tax.  When the car was stolen, later that month, the insurance company valued the car at only $1000, leaving the sailor to pay immediately $6805.49.  This is one type of interest rate trap; another comes from Payday Loans.  Borrow your next paycheck today, get the money today, and pay your paycheck back during the next 36-months at an interest rate between 30-60%.  By the time the payday loan is paid off, more than four separate paychecks to cover a single paycheck loan will have been invested provided payments have been made on time and as quickly as possible.

While paying off this loan, you lose your job.  You can lose your car as well because your car is sometimes used to insure your payday loan.  If the resale value is insufficient, you lose your car, you lost your job, and now you still owe a considerable sum that gains interest.  Red money is dangerous; like the sword of Damocles, the danger hangs by a tiny thread above the borrower; one wrong move and the sword falls.  Debt, red money, can be helpful; but, careful planning and budgeting are required before entering into debt obligations.  Always it is better to save and budget green money, or obtain investors, before contemplating debt.

money.  Consider the person who takes green money and places those dollars and cents under a mattress or in a coffee can in their home.  The cash is out of circulation, is not valuable enough to collect, and no one is benefiting from the money through interest.  Black money can be created in other ways that will be explored later in this article.

The next type of money is blue money, also referred to as potential money.  Consider a hammer. The hammer might cost $20.00 in green money to buy and bring home.  In the hands of a trained construction worker, a $20.00 hammer, over the course of the hammer’s effective working life, has the potential to earn thousands of dollars in green money for the construction worker.

Money is created when it is borrowed and interest is paid on the loan.  For example, Jack has an extra $500 (green money).  He gives this money to his friend Joe in the form of a loan (red money).  Joe takes the loan, adds to his business potential (blue money), and through increased profits is able to pay Jack his $500 loan plus the interest of $300.  Hence, $300 (green money) is created as profits for Jack.  While a simple analogy, understanding money should be simple.

Joe’s loan to Jack showed on Joe’s books as red money until the loan and interest were paid.  During this time, Joe was also making green money, or profits sufficient to pay his workforce, his other obligations, and still retain sufficient to pay himself.  Small business owners are not paid until everyone else is paid, and it is not uncommon for small business owners to be scraping by on the smallest margins because all their non-liquid assets are locked up in loans to keep the business afloat.  When poor business practices begin risking inventory and equipment and shareholder investments are added into the equation, is it any wonder why small businesses struggle.

Money is also created when saved in the various saving tools offered by banks.  The diligent saver can save $40 a week until he or she is 65 years of age and potentially have millions in the bank for retirement.  Why, because the bank will pay interest to the saver from the interest collected on the loans the bank makes with the green money invested.  Many different savings tools can be considered as non-liquid assets because of the agreements made between the saver and the bank.  Generally, the longer the agreement for the bank to hold the money, the higher the interest rate paid as the bank can schedule payments and loan the same dollars more easily when the money of the saver is scheduled to be in the bank for a longer period of time.

Often Federal treasury departments of governments create money by printing more or larger bills.  The problem with printing more money is one of surplus, which begins to increase interest rates and decrease value.  Consider for a moment, if the only way to create money is to work money through lending, improving business, etc., then printing only makes harder putting money to work.  Too much money on the market creates negatives; negatives include lower dollar value, which makes items cost more, and increased interest rates, which makes borrowing costs increase.  More importantly, except for necessities, the willingness of producers to spend money stops.  These are normal cause and effect actions.  A long enough period of decreased willingness to spend money and an economic downturn is initiated.

State, City, County, Town, municipal governments are even more pernicious with their plots and plans.  On the local government level, money cannot be printed; hence, debt is entered into and municipal bonds are sold to create money in the private sector, which is then paid to the government in increased taxes, but the money lent to the local government was already spent.  One truth discovered about government, when taxes are increased, money is asked of the voters to borrow.  The truth is, the government body asking for more has already spent the increase, spent the budget, and usually spent twice as much as they are asking the voters to allocate.  Consider special elections for increasing taxes, the money being asked for has been spent, the budget was spent, and now the voters are asked to pay for the cost of the special election.  Many times, the increase being asked for has been spent three to four times before the election is even considered.

Municipal bonds, in several different locales, can be held as unseen debt, or black money kept on other books, not currently open to the public.  The monies owed are not considered red money, because there is no plan by those in power to pay these debts; thus, the amount of a city’s debt could be significantly higher than reported.  This is called an unfunded liability.  Unfunded liabilities never have a plan for repayment by those in power.  Unfunded liabilities can be a mixture of a lot of different debts (employee retirement, some municipal bond types, unpaid bills to local service providers, etc.), but the common denominator remains.  No plan is in place to meet that obligation and no budget item covers these debts; thus, black money increases.  Unfunded liabilities are hopes of current politicians on future prosperity, and sometimes, depending upon laws, unfunded liabilities are part of the government’s credit rating. Whether it is, the debt does not go anywhere, might or might not accrue interest, and always is hidden from the taxpayer, who is responsible for paying the bills.

While this explanation is very basic, the lessons contained are sufficient to protect the 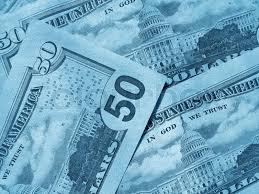 bottom-line, improve knowledge, and provide opportunity for improving circumstances.  Some key ending points when bottom lines are failing include:  before anything else, look to lost blue money as the cause.  The more blue money is disregarded is exponentially equal to red money increases, and green money evaporation; this formula is set in stone.  Potential blue money is not elusive, but it takes keen observation to protect and grow.  Grow enough blue money and green money multiplies exponentially.

One thought on “Understanding Money: Shifting the Paradigm on Money”